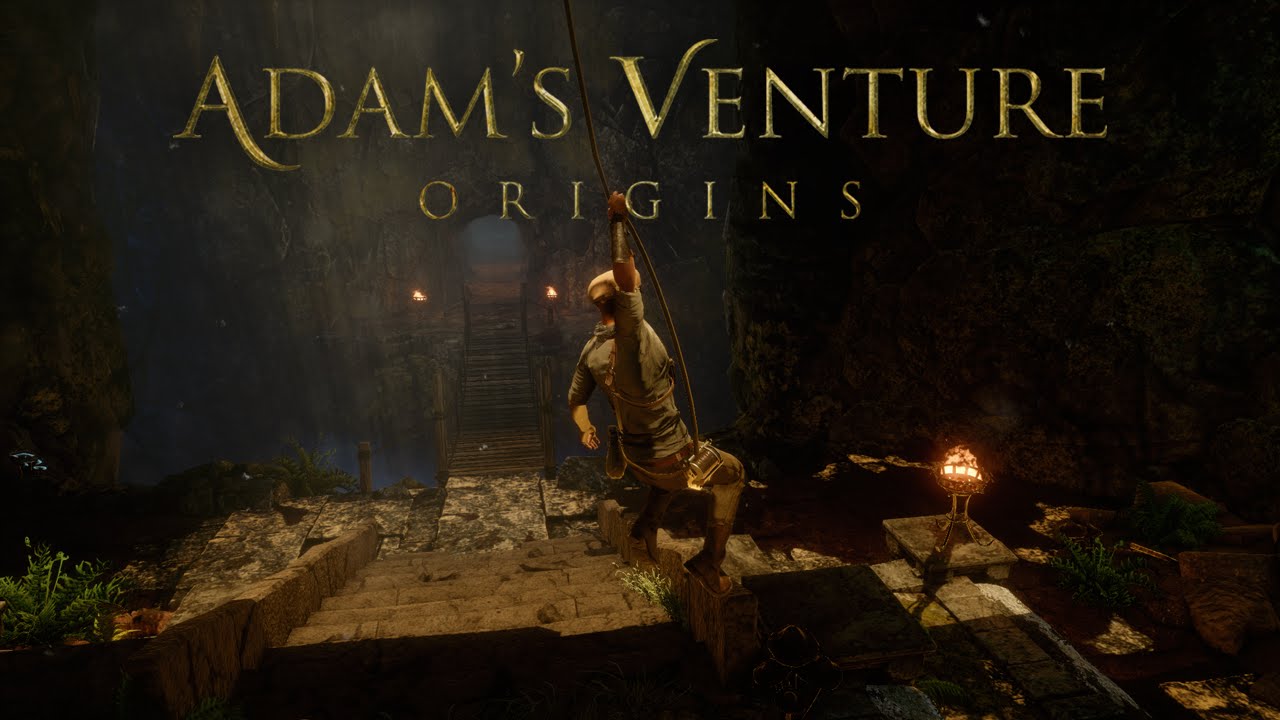 SOEDESCO has released the first full trailer for upcoming puzzle-adventure title Adam’s Venture: Origins. The Trailer offers would-be adventurers their first look at the tasks awaiting them when the game hits PlayStation 4, Xbox One and PC in early 2016.
The adventure begins in 1928, when a routine excavation of a French church leads to the discovery of a strange scroll bearing Templar symbols. What follows is a race to uncover the location of the four rivers mentioned in the Book of Genesis – and unpick what this could mean.

The trailer below reveals some of the challenges Adam will have to overcome, from careering through a bat-infested cave in a runaway mine cart, to navigating perilous ruins in a wide-range of countries. A selection of the game’s fiendishly challenging puzzles are also showcased

WHAT IS ADAM’S VENTURE: ORIGINS?
Adam’s Venture: Origins was first announced last year. Set in the 1920’s, Adam’s Venture Origins is an extensive remake of the originally announced game, reimagining the franchise as a fully formed non-violent, next generation adventure game. The game is streamlined and replotted to forge an engaging narrative that plays out across a single game experience.
Using Unity 5, Adam’s Venture: Origins features enhanced, next-gen visuals, new gameplay, and new animation work to make this into a much improved and engaging experience. Combined with challenging puzzles, stunning visuals, engaging narrative and tight gameplay,

Adam’s Venture: Origins is set to mark the fulfillment of the original vision of developer Vertigo Games.
A release date for the game is set to be revealed shortly.