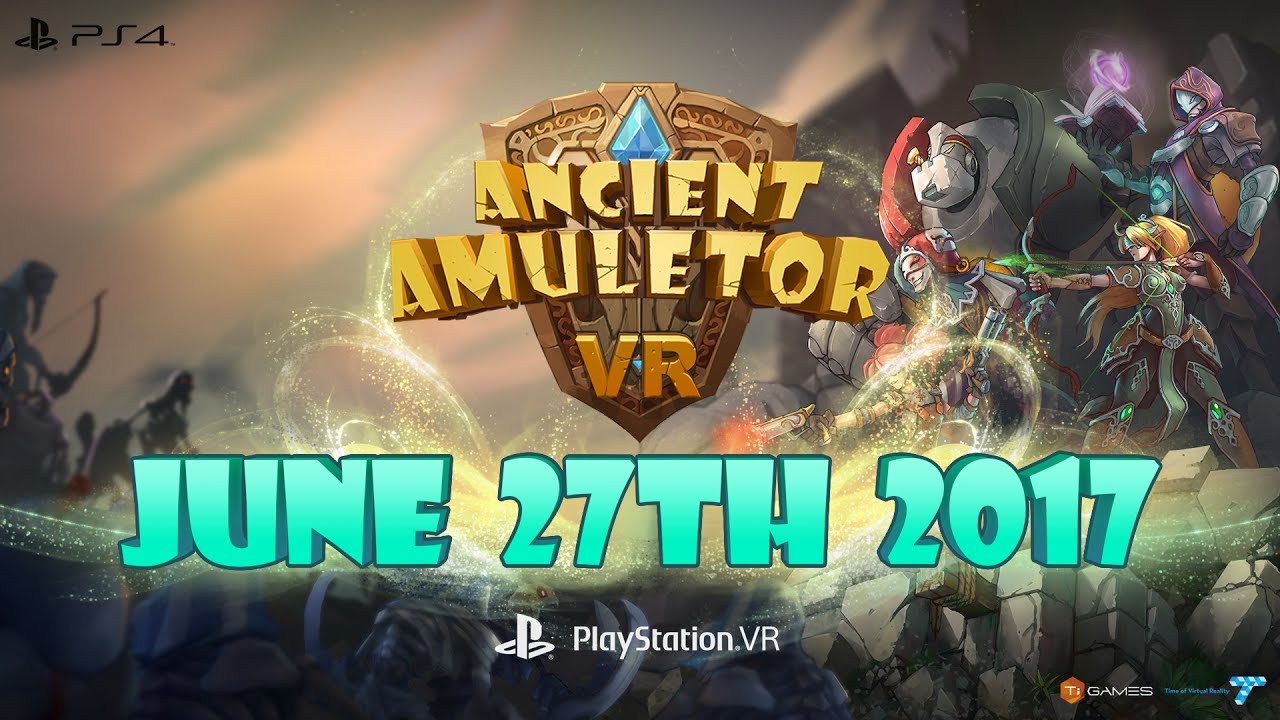 Time of Virtual Reality (TVR) has released the co-op action tower defense game Ancient Amuletor on PlayStation®VR via the PlayStation®Store for $19.99.

Created for VR by developer TiGames using Unreal Engine 4, Ancient Amuletor is a pick-up-and-play action tower defense game that throws players into the ancient world to battle challenging waves of magical creatures, monsters and more. From Egypt to Rome and beyond, Ancient Amuletor’s larger-than-life characters and environments come alive with beautiful color and comic-inspired art design.

Fight against the forces of legend alone in single-player, or team up with up to two friends in online cooperative play. There are four powerful heroes to choose from, including the gunner, puppeteer, archer and mage, each offering its own unique play style.

Ancient Amuletor is currently in development for HTC Vive and Oculus Rift.