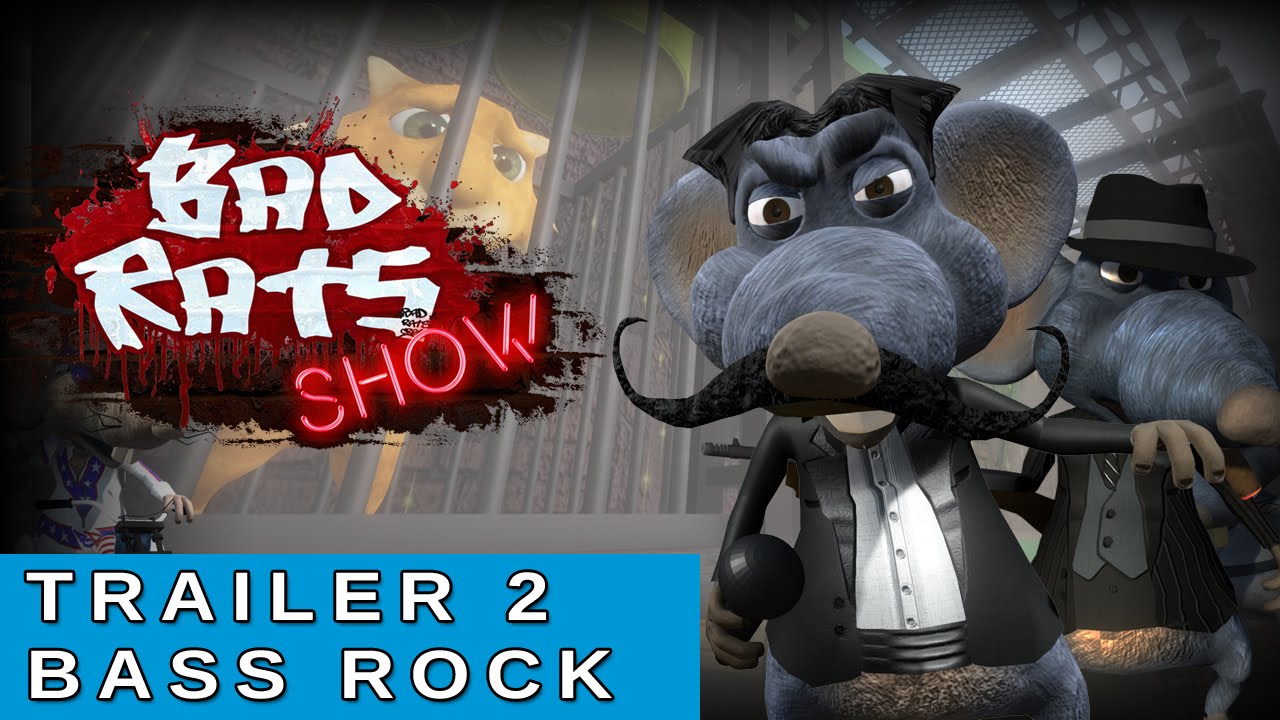 The Game You Love Is Available Today

Strategy First and Invent4 team up to ruin your summer and possibly your social life. Available today! Bad Rats Show. Order between July 20, and July 27, 2016 and receive 15% off the regular 499 cents price.

The Bad Rats Show returns seven years after the launch of the original Bad Rats: Rats Revenge. Critics say, ‘it’s like breaking a mirror and experiencing seven years of bad luck, only with Rats and exploding cats!’

The Bad Rats Show was developed by Brazilian studio Invent4. You know the country which brought you Zika Virus and soon to be failed sports tournament and poisoned water. The Bad Rats Show is a good way to treat friends you sort of kind of really hate.

The new game is filled with many brand new disturbed rats’ characters, and lots of cartoon blood.

The puzzles and physics are in the same tradition, but this time with 3D maps also, increasing the fun factor!

Face it, everything is better in 3-D, even a bad movie but in 3-D totally rocks. Imagine a game where psychotic rats kill cats but in 3-D,
you know you love it! Even the most cynical of people love this game.

– Comic cartoon violence and cartoon blood
– Realistic bad rats physics simulation
– Puzzles and maps in 2.5D and 3D
– 11 Specialist Rats, anxious for revenge
– 10 different and bloody deaths for cats
– 11 other functional objects to help you
– 44 original Maps, from easy to very hard
– Original, cartoon styled characters
– Challenge your creativity, intelligence and logic
– Map Editor where you can create, share and play unlimited new levels
– Gift yourself with a good dose of humour and fun, yes we spell humour wth the letter ‘u’ get over it!
– New Characters, new animations and new ways to murder innocent little kitty cats
– Steam Achievements
– Steam Cards

The Bad Rats Show is available for $4.99 and order now to receive 15% the promotion will last between July.20 until July 27, 2016.
If you hate yourself, or enjoy upsetting your friends with presents they will hate, this is the game for you.

Let’s be honest this one little game with psychotic rats killing cats isn’t the worst thing going on in the world today.
Get your copy on Steam today! You can purchase it here.