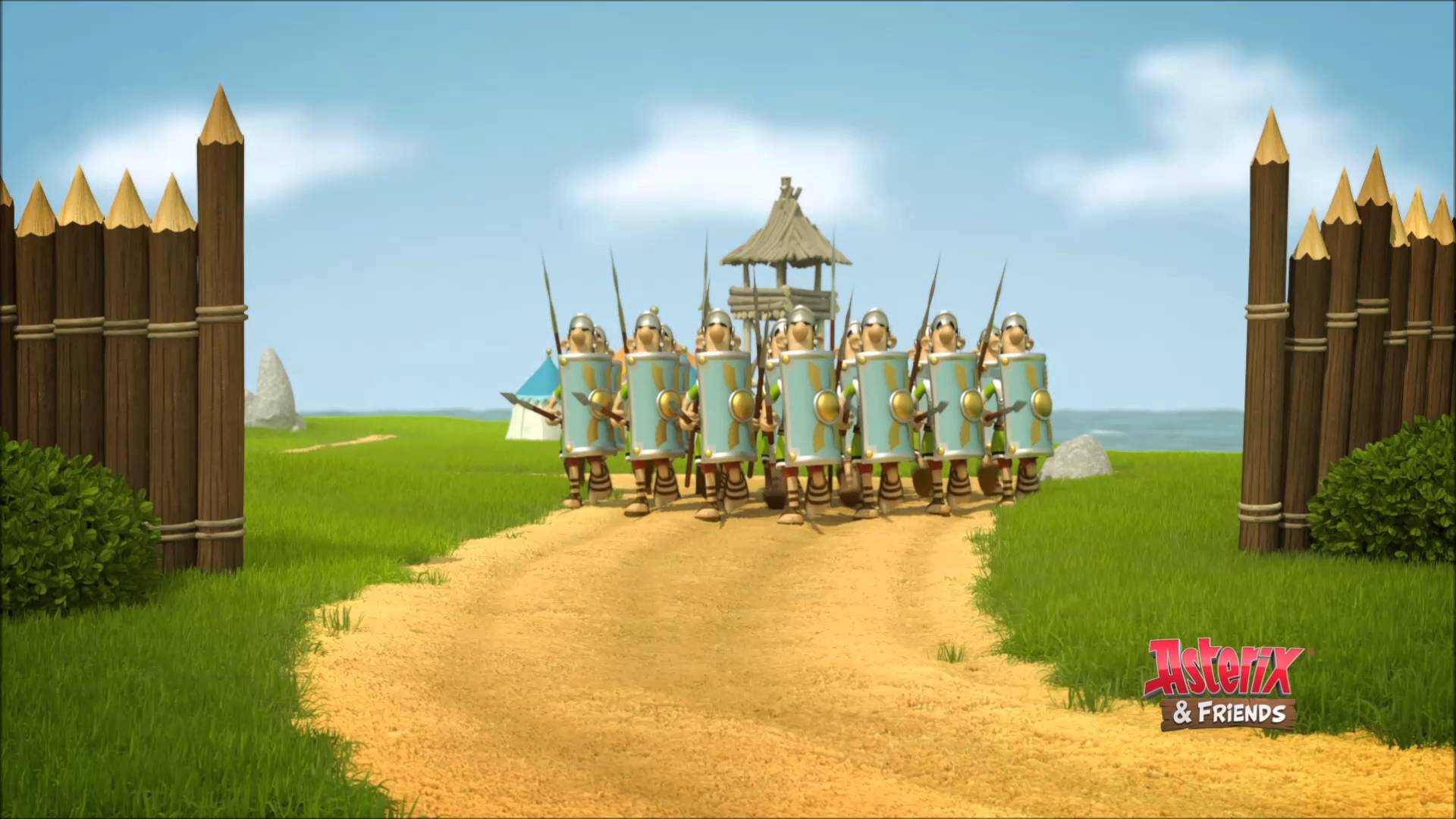 Hail new villager! The famous Asterix needs you to build your own Gaulish village and fight Caesar with the mobile game “ASTERIX AND FRIENDS” available today on the App Store and Google Play store. BANDAI NAMCO Entertainment Europe today announced that the mobile game “ASTERIX AND FRIENDS,” developed by Sproing, has invaded the mobile world after a launch on Facebook with over 2 million players and a soft launch in Canada, Austria and Switzerland on both iOS and Android.

In “ASTERIX AND FRIENDS”, players are in charge of building their own Gaulish village, embarking on an epic adventure, exploring the world, joining forces with their friends to create powerful guilds and fighting back the Roman army. Players will complete funny and challenging quests while making their way through numerous Roman legions and camps to finally reach Egypt with Asterix, Obelix, Dogmatix, and other new and classic characters! The mobile version features all the huge content of the web version and players are now able to cross-play between Facebook and mobile.

Several in-game events will be organized such as the Fog Event during Halloween and the Winter Event from November to January. During these in-game events, players will enjoy more content, including temporary characters, items and recipes, new quests and achievements.

“We have been working very hard on the game during soft launch, and the fantastic feedback received by players has really helped us shape the game and improve it further. The decision to add the new crossplay feature, for example, came directly from them! I can’t wait to see the game released in the hands of players all over the world! We have many special events and new features planned for the months to come, so this is just the beginning…” said Massimo Caporale, Producer and Product Owner at BANDAI NAMCO Entertainment Europe.

“Over the last two years, our Asterix game has grown to be our very own baby. That’s why we’re so excited that we’ve been able to partner with Bandai Namco to finally get the mobile version out to all the Asterix fans, including a Facebook Cross-Play feature and much more.” Said Harald Riegler, CEO of Sproing.