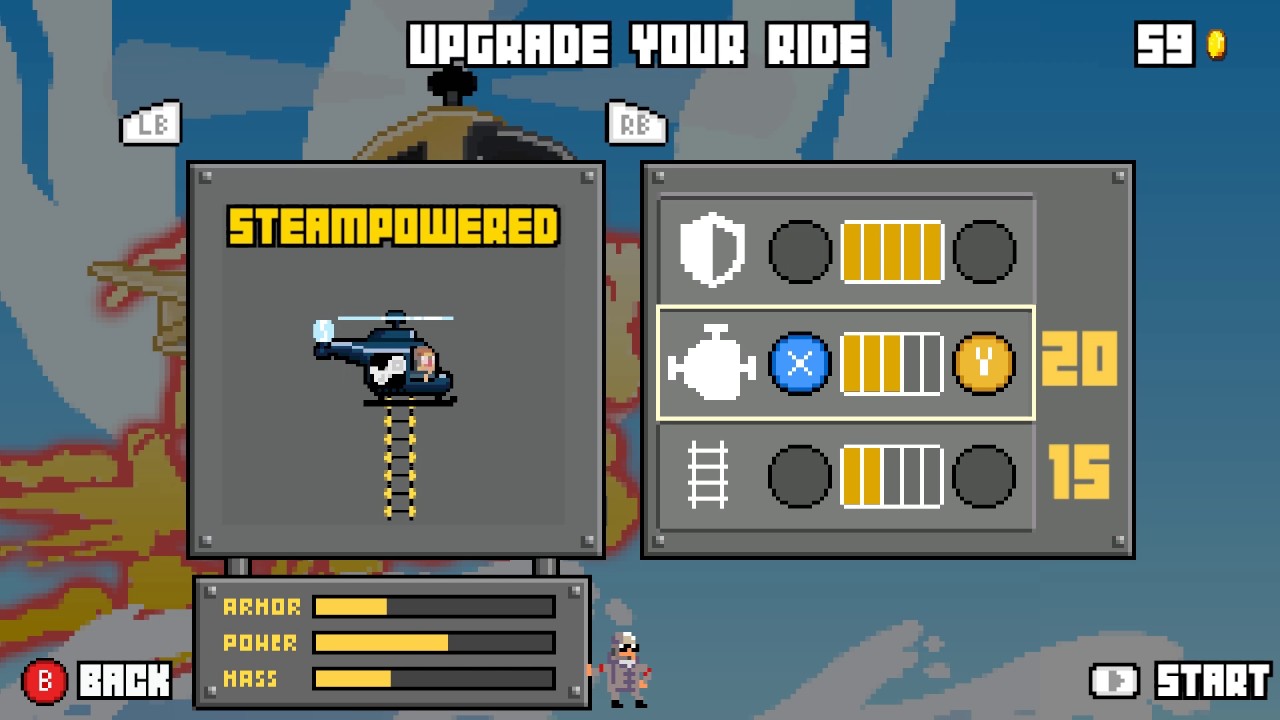 Attention pilots! Two friendly neighborhood video game developers with magnificent beards are excited to launch their hit game ‘Choppa’ on Steam. 2 million players have already jumped in their helicopters and rescued people from the danger zone. Steam version will include exclusive choppas and an exciting new survival mode that gets your blood pumping while hunting for highscores and elusive coin crates.

You are Rick Guiver, a reckless coast guard rescue helicopter pilot. A terrible oil rig catastrophe has happened in the coast! Against your superiors’ orders and better judgement you jump in your helicopter and fly to the danger zone! There’s no time to lose, save as many people as you can!