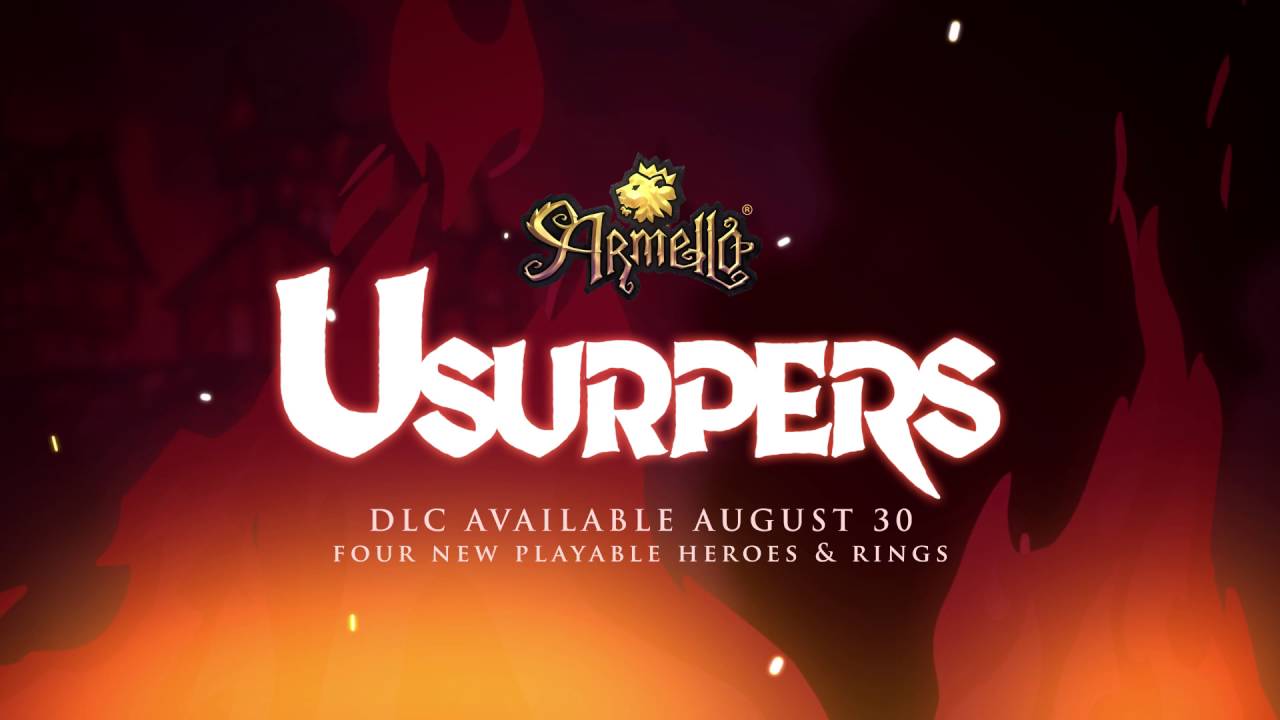 Armello, the fantasy digital board game brought to life by League of Geeks, will arrive on Xbox One August 30 for $19.99 USD. The first major DLC for Armello, The Usurpers Hero Pack, will arrive the same day on PlayStation 4, Xbox One and Steam (PC/Mac/Linux) for $9.99 USD.

The Usurpers Hero Pack introduces four new playable characters, one from each of the four animal clans, bringing the total number of heroes up to 12. Each character has their own unique stats and Hero Powers, further diversifying the playstyles and strategies of the core game.

The Usurpers Hero Pack includes:
•Magna, the Unbroken: A tank-like Wolf Clan member with the Hero Power, “Shield Maiden,” which allows her to reflect attacks. Magna’s high Body and Fight stats in combination with Shield Maiden is ideally suited for players who focus on combat.
•Elyssia, Wardress of Warrens: A hero of the Rabbit Clan who can permanently fortify settlements with her “Architect” ability, granting Elyssia greater control of the daily gold reward for holding settlements. While not the strongest in straightforward fights, her high Wits stat and ability to monopolize Armello’s economy make her very dangerous.
•Ghor, The Wyldkin: A Bear Clan hero whose magic draws strength from forests. His Hero Power, “Conduit,” allows him to cast spells for one less magic per adjacent forest, and enables him to cast to any woodland tiles on the board. This powerful ability, is ideal for stealthy spell play.
•Sargon, The Death Teller: The latest addition to the Rat Clan has evenly balanced stats, but his Hero Power, “Veil Gazer,” makes him a very appealing choice to cerebral players. Sargon has the ability to see cards before they’re drawn, giving him a strategic advantage over every other character.
In addition to the new heroes, each of the four animal clans also receives a new Clan Ring, which can be equipped to provide benefits and powerful boosts to the base stats of a hero.

“Launching Armello last September was never the end goal, just a milestone. The Usurpers Hero Pack expands Armello’s depth of strategy and diversified playstyles.” said Trent Kusters, co-founder and director of League of Geeks. “We have been overjoyed by the positive reception fans continue to show the game and are not only excited to expand the experience, but to also welcome Xbox players into our incredible community.”

Armello is a digital board game that merges the deep tactics of card games with the rich strategy of table top, all combined with a character role-playing system. Players take turns exploring a rich world, battling players and vanquishing evil banes, with the goal of claiming the throne from the mad king of Armello.