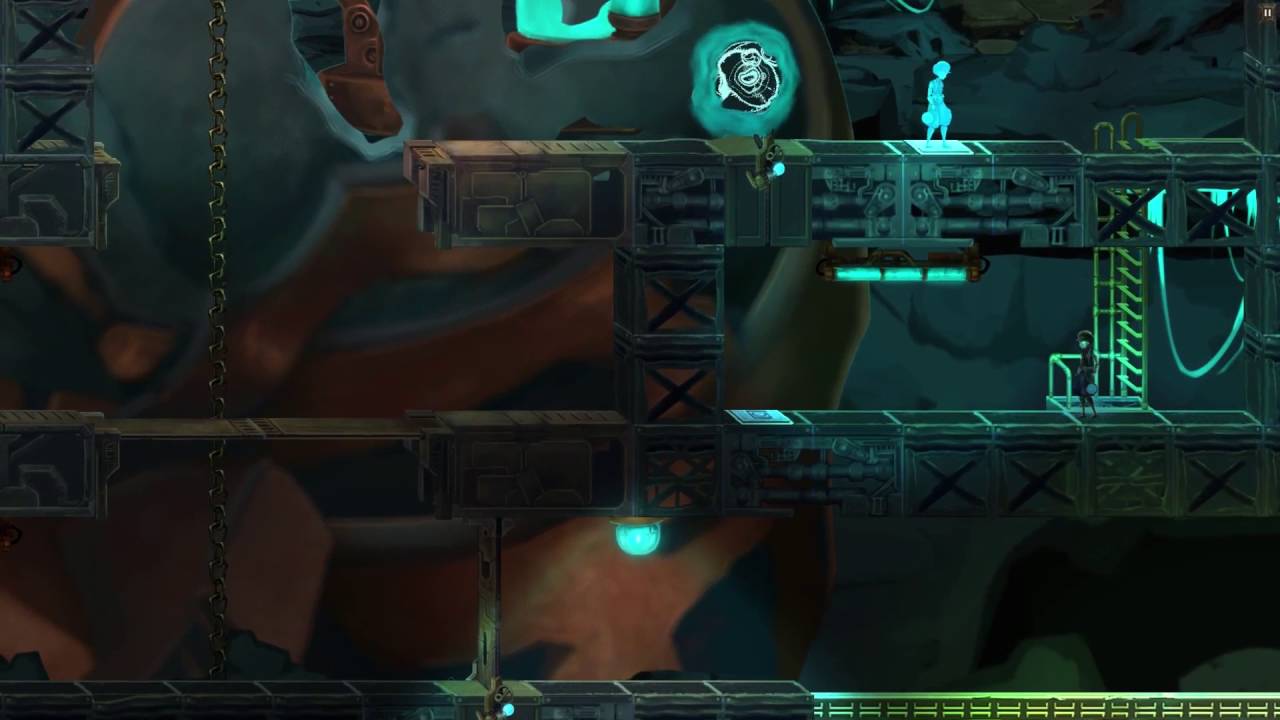 Gamesoft’s debut title is coming very soon to the Steam Store for PC, with Mac OS to follow.

After an exceptionally successful Greenight campaign and months of finishing touches, Gamesoft is pleased to announce its breakthrough debut game, Clockwork, will be available for PC on the Steam Store worldwide from October 11, 2016. The Mac OS release will follow shortly thereafter.

Also being announced, Clockwork will be available for just US$14.99, with an additional 20% launch week discount to reward fans for their continued patience and support throughout Clockwork’s development.

Further, Gamesoft want players of many different nationalities to be able to enjoy the game in their native language. Clockwork’s interface and subtitles will be available in 12 languages: English, French, Italian, German, Spanish, Finnish, Japanese, Polish, Portuguese, Russian, Simplified Chinese and Swedish.

…a story about unlikely friends coming together to try to fix an imperfect world.

…set in the great mechanical city of Watchtower, where the last survivors of a great plague have found shelter within metal walls and metal bodies.

What if you could go back in time, to before everything changed?

Clockwork is the story of Atto, a lonely mechanical boy in a great mechanical city. Atto lives amongst the factories that run day and night, fixing the machines and people that constantly break down. But then the trusty pocket watch he has owned for four hundred years suddenly wakes up, introduces itself as Milli, and gives him a quest. Milli says she can fix the city once and for all.

Atto
Atto was only eight years old when he was encased in a mechanical body to wait out the spread of the great plague. His parents worked so tirelessly on him that the disease claimed his mother before she could build a shelter for herself. His father managed to survive, but as a top engineer and scientist he barely had time to activate his son before being removed by officials as an emergency measure. Atto awoke alone with no memory of either of them. He has now lived nearly four hundred years as a boy lost in a strange world. His skills as a fixer are vague memories of the time before, building machinery with his father.

Milli
Milli is a mechanical masterpiece. When every effort to cure the plague failed, scientists determined instead to return to a time before it existed. Their efforts at temporal manipulation were promising but so much more work was required, and time was running out. Governments were enforcing ruthless quarantines, dooming whole populations to die, and evacuations were looming. Such powerful technology could not be entrusted to anyone whose motives were unclear. The lead scientist created a single prototype, Milli. She is wise but innocent and naive, and she is the only hope for humanity.

Zepto
Zepto is the scientist responsible for building Milli, and Atto’s long lost father. For centuries he has worked at perfecting his time manipulation technology, waiting until he is absolutely ready to recall his prototype. Through the years, governments and the ruling class have become less concerned with reversing the plague and more unwilling to relinquish their power, riches and mechanical immortality. But finally Zepto has made a breakthrough and awakened his prototype. He only hopes that she will guide his son safely to him.

The Hour
The Hour is a lumbering mechanical monster, the decaying remnants of a dozen animals encased in an enormous metal body. It was built by Zepto at the behest of his captors and patrons. The overlords of the city long ago dismissed Zepto’s claims that he could reverse the plague by reversing time. Instead they force him to perform new and desperate experiments, inventing dangerous and powerful mechanisms by which they may remain immortal. The Hour is the result. Zepto hopes that his creation will never be released, but prays that if it does he might retain some control over it.

The city of Watchtower has stood for more than four hundred years, the last sign of civilisation in a world destroyed by a deadly plague. When the disease came and plants and animals began to die, people retreated behind their high metal walls to wait. When they could not find a cure, and the water began to dry up, people built themselves metal bodies that would never grow sick and die. When the world was dead and poisoned and some realised that even a cure would not save them, they began to build, and Watchtower grew taller and taller.

The city of Watchtower is separated vertically into districts:
Poisonville
The lowest and oldest part of the city, beneath the factory floor. As well as lingering contagions from the time of the plague, all the waste and pollution of Watchtower flow down through pipes to discharge here. Only the desperate and dangerous live in Poisonville.

Grindtown
The industrial heart of the city. The plants and factories and workshops that power Watchtower are so old and numerous and complicated that nobody knows what they do anymore. All anybody in Grindtown knows is, they need enough workers and shifts to run them around the clock.

Crystal Heights
The scientific and cultural centre of the city, populated by scientists, inventors and tinkerers who work tirelessly to produce new machines that improve life in Watchtower. Sadly the only lives that ever seem to improve are those of the aristocrats who control the district.

The Spire
The pinnacle of the city, home to the mysterious rulers of Watchtower. Nobody knows what they do in their sealed chambers at the tops of the tallest towers, or in their bright airships that float on tethers. Some say they are working on a cure, others say something much more secret.

Clockwork is a time-bending puzzle-platformer that tells the story of Atto, a lonely mechanical boy in the great city of Watchtower. Explore the city, discover its mysterious past, control time and fight terrifying boss battles. It features over 60 hand-drawn, steampunk-inspired levels.