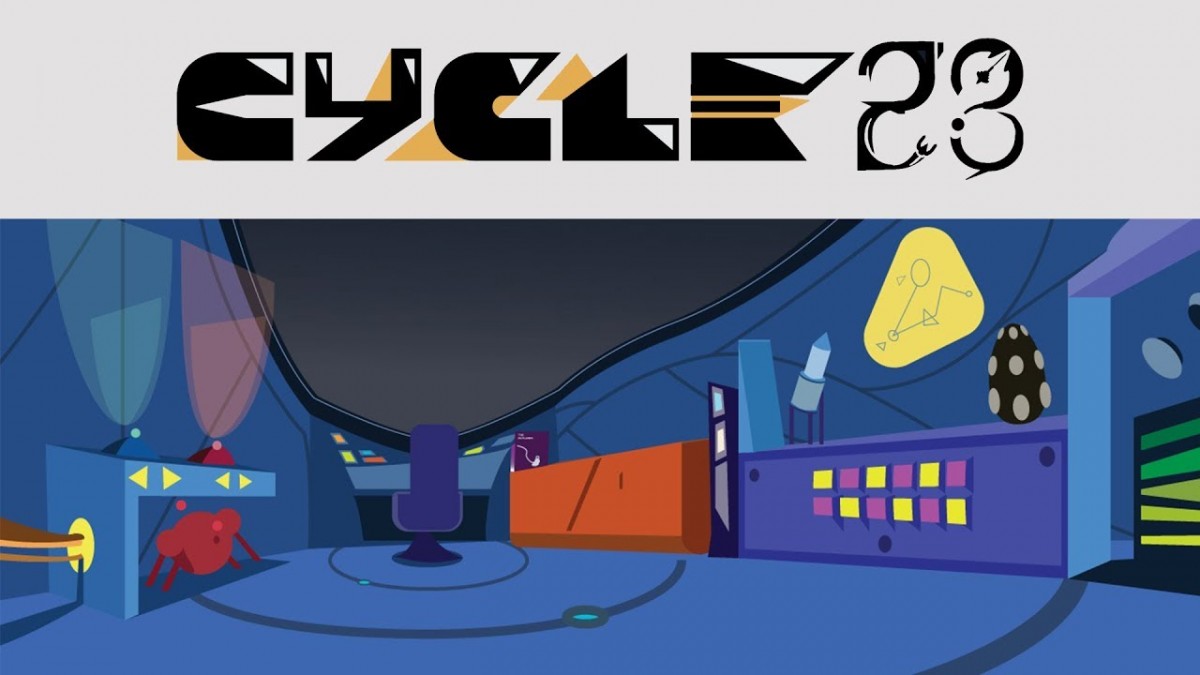 Cycle 28 is a momentum-based space shooter with screen-shaking explosions and a mystery at its heart. First you think it’s an arcade game: simple controls, powerful upgrades, and intense dogfights. But you’re stuck living the same day over and over, trying to find out who the enemy are, and what they want.

Cycle 28 is a love letter twenty-two years in the making. I first started sketching ideas for a space shooter after watching the epic dogfights in Return of the Jedi. I’d doodle on my school books and imagine I was one of the rebel pilots. Not Luke (or Jek Porkins), and definitely not someone in one of the capital ships, but one of the x-wing pilots. That was a long time ago, in a classroom far far away. It wasn’t until I played Vlambeer’s awesome Luftrausers that those dogfight-dreams came back to me, and I finally finished that letter.

But I didn’t do it alone. I got someone on board to tell the pilot’s story (that’s Dave). I was too busy drawing accurate laser vectors on my maths book to think about plot as a kid – and not much has changed really. Then we commissioned a fantastic artist, Ace Volkov, to produce some art for a space shooter – with a name like his having him on this project was a no brainer! Our soundtrack guy, Jordan Rees, actually approached us after seeing our previous game. He lives in Cardiff too, so we met up for a pint and immediately clicked. I was totally blown away by the soundtrack he gave us.

As you can see, I can now share with everyone my childhood daydreams of being a fighter pilot in space. I’ve made a game that my 11 year-old self would be into, but with stuff going on that 33 year-old me really gets a kick out of. For instance, it’s got a community-driven puzzle that has a wicked prize for whoever solves it first.

For more about the game check out the Steam store.