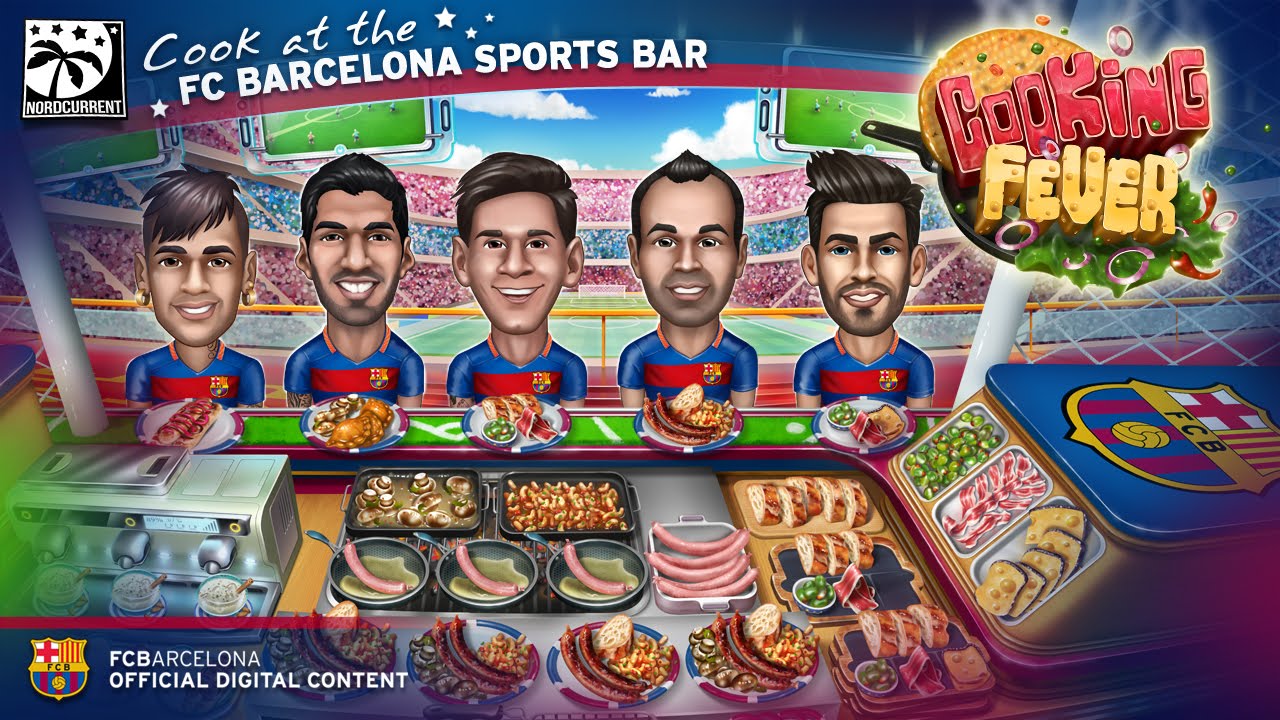 Nordcurrent, an international developer and publisher of casual and free-to-play games, released the latest update for Cooking Fever® which is based on the world famous football club, FC Barcelona®. In the FC Barcelona Sports Bar players can cook various dishes for Barça players such as Lionel Messi, Luis Suárez, Neymar Jr, Gerard Piqué and Andrés Iniesta. The restaurant is located at Camp Nou stadium, and players can also greet the football stars and the football loving customers with official club merchandise such as footballs and t-shirts.
FC Barcelona Sports Bar opens in the initial Cooking Fever® city map and is the second of 14 different restaurants in total. The update offers a two tiered difficulty level for experienced game players and new FC Barcelona® fans and sports loving audiences.

Cooking Fever® is a time-management game where players can cook delicious meals and desserts from all over the world. The game is available on iOS, Android, Kindle and Windows Phone devices. The variety of cuisines and restaurants has already been enjoyed by more than 80 million players around the world.