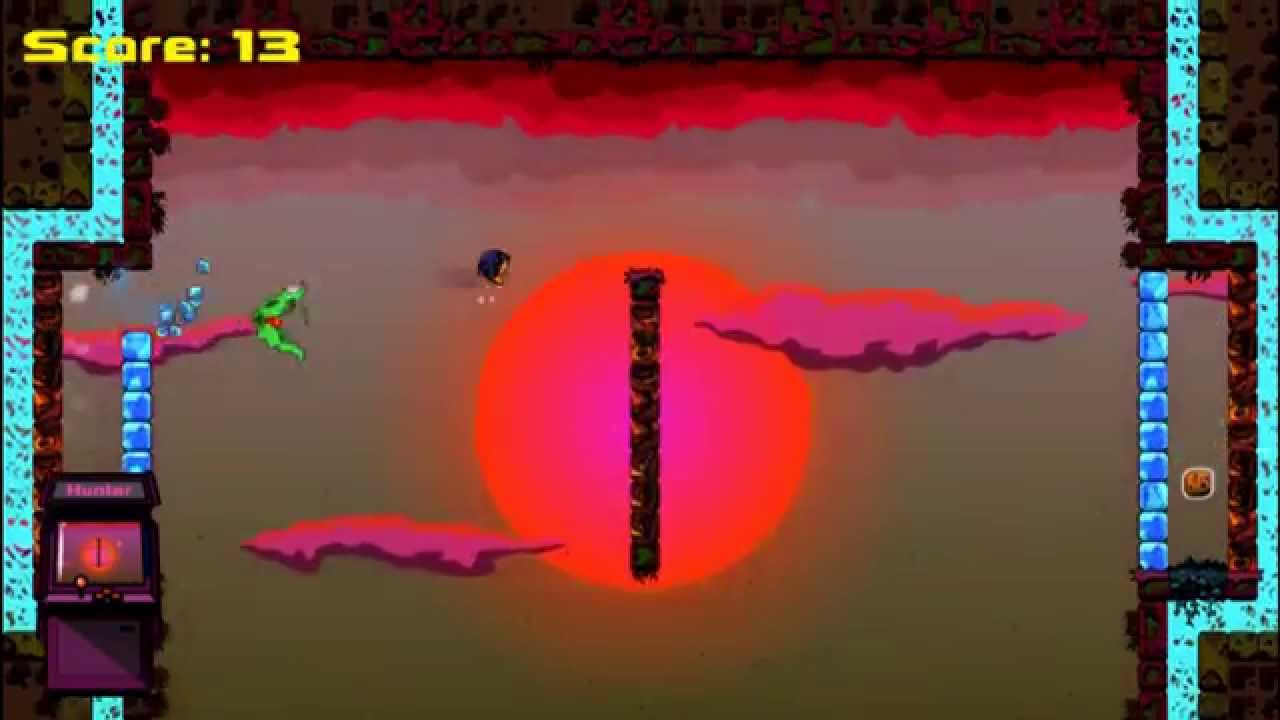 With only a week before the launch of Fenix Rage, Reverb Triple XP would like to remind future frustrated gamers they can alleviate their “ragestration” (e.g. rage + frustration) with the extremely entertaining and slightly less infuriating Arcade mini-games. As shown in this nifty gameplay trailer, each mini-game utilizes game elements, enemies, and of course, cookies from the regular game to challenge gamers with new, fun gameplay mechanics.

A total of nine Arcade mini-games can be unlocked in Fenix Rage, each with different play mechanics and online leaderboards stats:
•Horizon: Chasing his main enemy across the horizon sky, Fenix must collect the cookies Oktarus throws out while avoiding nasty green blobs of evil.
•Cave: In this maze-like game, Fenix must grab cookies that teleport in various areas, while avoiding blocky green blobs of malice.
•Moor-T: Keep Fenix ablaze to break ice blocks containing cookies, while avoiding nasty one-touch death blocks.
•Birdball: In this soccer-inspired juggling game, gamers must keep the soccer ball up in the air through Fenix’s dashing attack while avoiding lines of moving green blobs.
•Hunter: Collect as many cookies trapped behind ice barriers, while evading the alligator-like Hunter that increases its speed the longer you play.
•Firebox: Evade vertical floating green cubes of vile while breaking through ice blockades to grab a teleporting cookie that shifts faster and faster.
•Room: Navigate through patterned floating green blocky blobs, and grab the teleporting cookie in this small room. Oh, and you’re upside down.
•Cookie Nest: Keep Fenix constantly afloat – dash and juggle into ice blocks three times, and collect ice-frozen cookies inside. Avoid those nasty ink blobs.
•Bird Game: Control one of the helpful birds, and find other birds throughout the level while avoiding yucky black evil blobs that constantly chase you.
An inspired and frenetically-paced 2D action platformer, Fenix Rage tests players’ ability to run, jump, and dash their way through a maze of dangerous obstacles, across hundreds of lightning-paced levels, all in an effort to track down a shadowy villain. Loads of different enemies, slick retro-inspired music, and vivid level landscapes await gamers with the mettle to play.

Fenix Rage will be available on Steam for PC on Wednesday, September 24 and will also be coming to next-gen consoles early 2015. For the latest buzz follow Fenix Rage on Twitter, “Like” the game on Facebook, check out Fenix Rage on Steam, and visit the official Website at www.FenixRage.com.