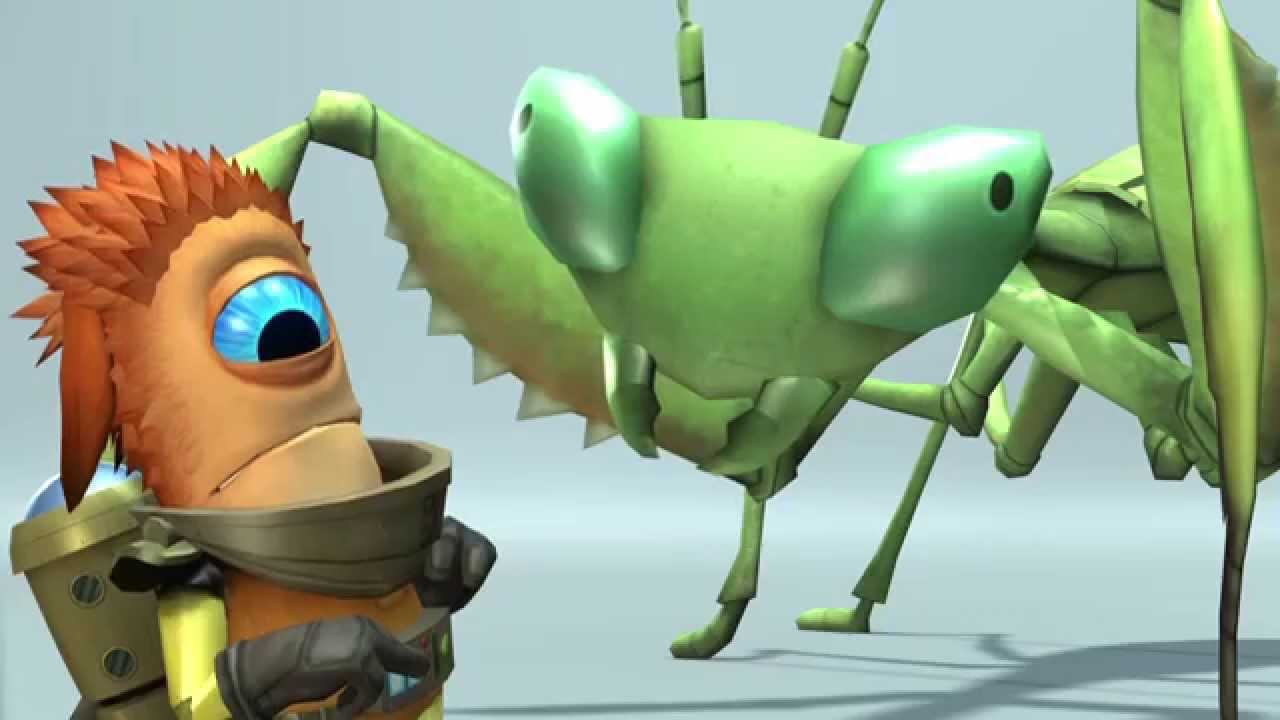 Developed by some of the finest artists and animators in the film industry – Flyhunter Origins delivers the sort of high quality cutscenes, characters and story that you would expect from a team with Steel Wool Games extraordinary credentials.

Let’s set the scene… Zak is a bumbling alien spaceship Janitor and wannabe Flyhunter from Burgarol 3. He works on board the Flyhunter Crew’s legendary spaceship; ‘The Frog’ but deep down he longs for an exciting adventure of his own. Somewhere in Earth’s orbit, while the heroic Flyhunters are deep in cryo sleep; The Frog’s cargo of super-important exotic insects from the latest hunt is mysteriously jettisoned into Space, crash-landing back on planet Earth! It seems that clumsy Janitor Zak is the only one around to save the day. Can this accidental hero swap his sweeping brush for a super-cool fly swatter and take on the role of daring Flyhunter? It’s a good job Zak’s used to cleaning up – because he’s in a huge mess! Hurry! Help this little dude complete his mission, before “The Investors” find out their expensive bugs are missing!