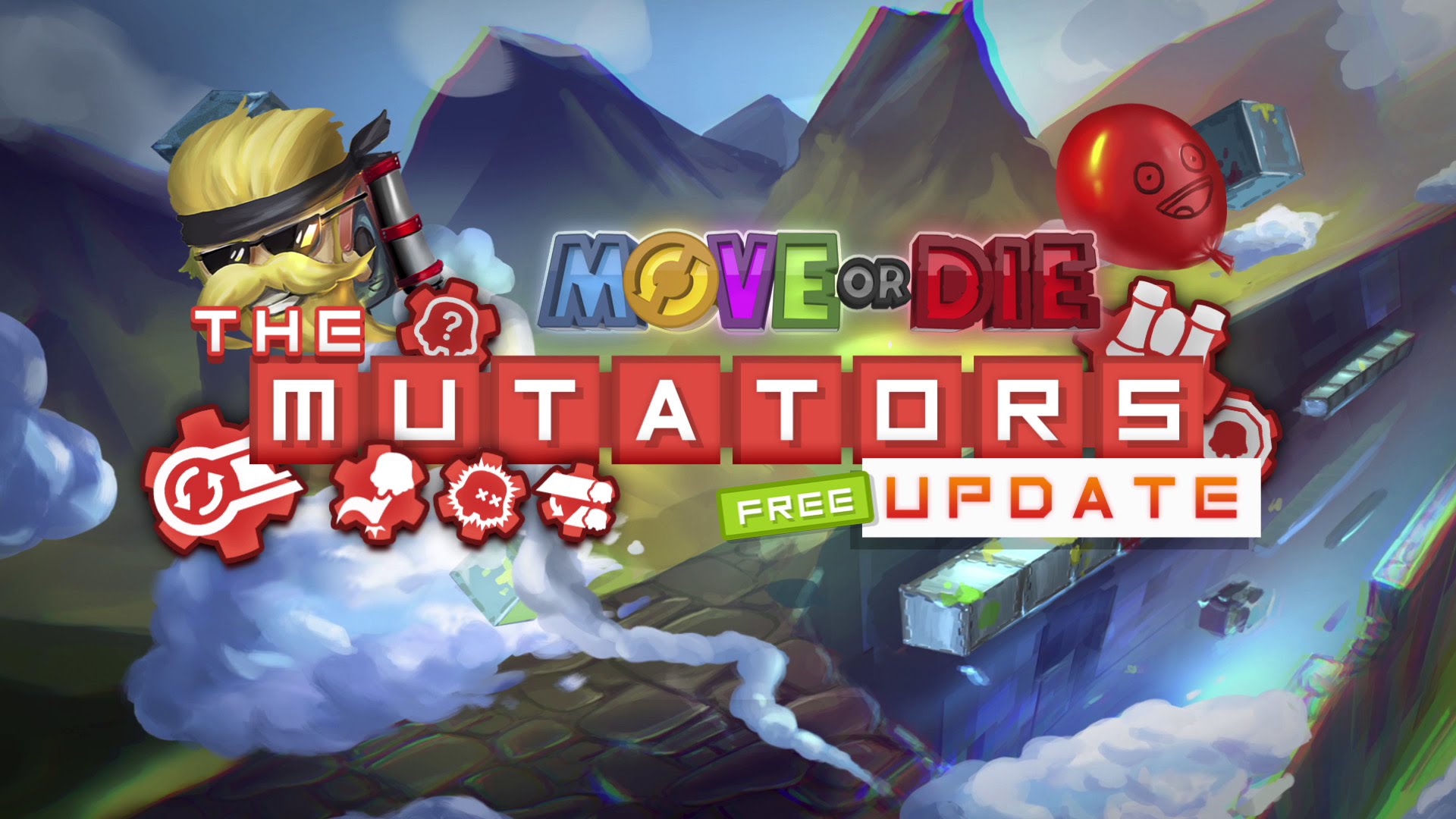 Indie developer Those Awesome Guys are excited to bring new ways to destroy friendships in Move Or Die with the free Mutators Update launching today on Steam. Now each Move or Die mini-game can be enhanced with zany gameplay options that include wicked elements like jetpacks, lights off, and more to create thousands of original, thrilling game matches. And as seen in the new Reaction & Mutators Update trailer, gamers will be entertained to new levels of friendship-destroying frustration and exhilaration.

The free Move Or Die Mutators Update includes:
•Mutators Game Options: Spice up each of the game modes with Mutators options like jetpacks, double jumping, skin swapping, death ghosts, and more. Mutators mix additional mechanics on top of the regular game modes for thousands of new ways to destroy friendships.
•New Characters: Official unlockable characters expanding all character categories from Common to Rare – fans of waffles and smart fish be excited!
•Two Added Game Modes: Avoid the large deadly sphere in Spike Ball mode and run to randomly changing safe zones while avoiding death tiles in Shifty Grounds mode.
•New Map Levels: One of the most demanded requests from fans, additional official map levels for game modes will be included – it’s time to master a new Speed Run level!
•Active Score Tracking: The Leading Player tracker has been added to games like Hat Chase, Color Craze, and Cleanup so players will clearly see who is leading during the game and by how much.
•Multiple Local Players Online: The game now supports multiple local players on the same PC playing with different people online.

About This Game
20 seconds, constantly changing mechanics and a lot of yelling. These are the keywords that perfectly describe a round of Move or Die, the 4-player friendship ruining party game where rules change every single round. Slap your friends’ controllers out of their hands while playing on the same couch, challenge players online from around the world or pretend to practice offline with AI bots. Select what game modes you want to play from an ever-growing list of developer and community-generated modes, each with their own outrageous mechanics and level design crafted to promote hours of good old friendship-ruining fun.

Play online to gain XP and level up, unlocking awesome characters and game modes in the process, or try to work your way up the daily challenge leader boards where players go against AI bots in survival-like matches. As its name suggests, Move or Die forces players to take action. In fact, not moving literally makes your character explode. And, with just 20 seconds per round, Move or Die is a quick game to pick up, but a hard one to put down.