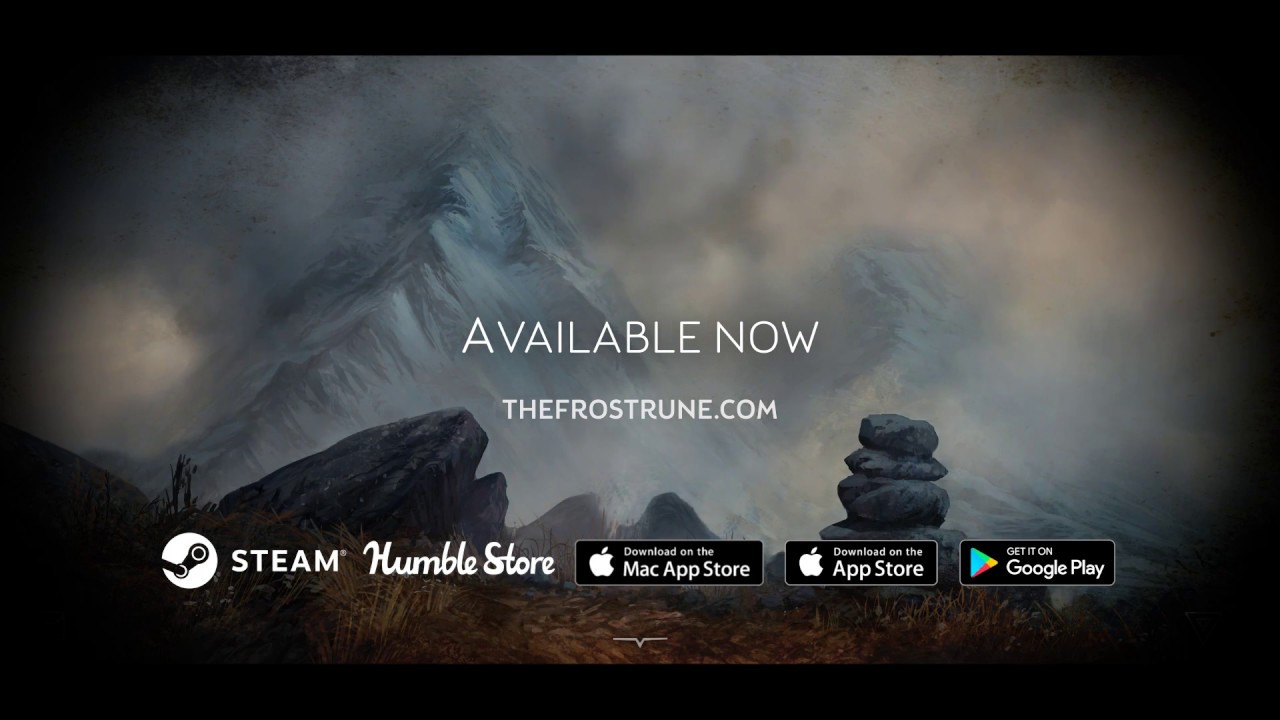 For four years the Norwegian game developers that make up Grimnir, have been working on creating a point-and-click adventure game set in Viking history and environment. The team is both inspired by classic point-and-click adventure games such as Myst and the history and lore of the Viking era. Through gorgeous handpainted art and masterful storytelling the team takes us on a journey of old Nordic myth and legend.

“It’s important to us to be as authentic to the era as possible,” said Executive Producer, Audun Refsahl. “The Vikings had such a love for good storytelling and they had such a rich world of myths and legends, how could we NOT make a point-and-click adventure game with all that rich content available?”

Grimnir met at a Viking reenactment camp, and through their enthusiasm for Viking history and stories, they started creating the point-and-click adventure game, The Frostrune. Through development, they have been passionate in creating a game that both Viking enthusiasts and adventure gamers would enjoy playing.

“We know that many Viking enthusiasts are more interested in playing a game on their phone or tablet, whilst the point-and-click adventure gamers enjoy playing games on their PC,” said Refsahl. “That’s why we wanted to launch on both mobile/tablet and PC/Mac—to make sure all that would enjoy the game the most would be able to access it.”

Giving Away a Real Viking Sword

The Grimnir team has a lot of impressive skills, and sword making is one of many. Grimnir and publisher, Snow Cannon Games, commissioned the renowned sword designer, Jake Powning, to design a sword worthy of The Frostrune. Lead designer, Nils Anderssen, has worked hard on making the sword with his unique craftsmanship.

“When we realized that Nils was so good at crafting swords museums happily bought his work, we knew that he had to bring the sword in The Frostrune to life,” says CEO of Snow Cannon Games, Espen Askvik. “It’s been such a privilege to work with such a unique, enthusiastic and passionate game studio. We have learned so much on this journey and we are very proud to be launching The Frostrune today.”

The game is available on the App Store and Google Play for $4.99 and the Mac App Store, Steam and Humble Store for $9.99 with more platforms to come soon.

Unravel a mystery inspired by Viking myth and legend in The Frostrune, a classic point-and-click adventure based on ancient Norse culture and environments.

Find yourself shipwrecked on an island after a summer storm. Nearby, a recently abandoned settlement shows signs that its inhabitants left in a panick. Surrounding the village is a dark, dense forest filled with ancient rune stones and burial mounds. Among them are hidden relics and other well-kept secrets that will bring you closer to solving the mysteries of the island.

The Frostrune is made by game developers who are passionate about Norse culture and history. We have taken extra care to make The Frostrune as authentic and historically accurate as possible.

Rich Story
The Frostrune embraces the Nordic tradition of storytelling: One filled with magic, myth and wonder common in Viking lore.

Challenging Puzzles
Through exploring the rich environment, you will unravel the mystery of the deserted island. Use the objects that you collect to solve puzzles on your journey of discovery.