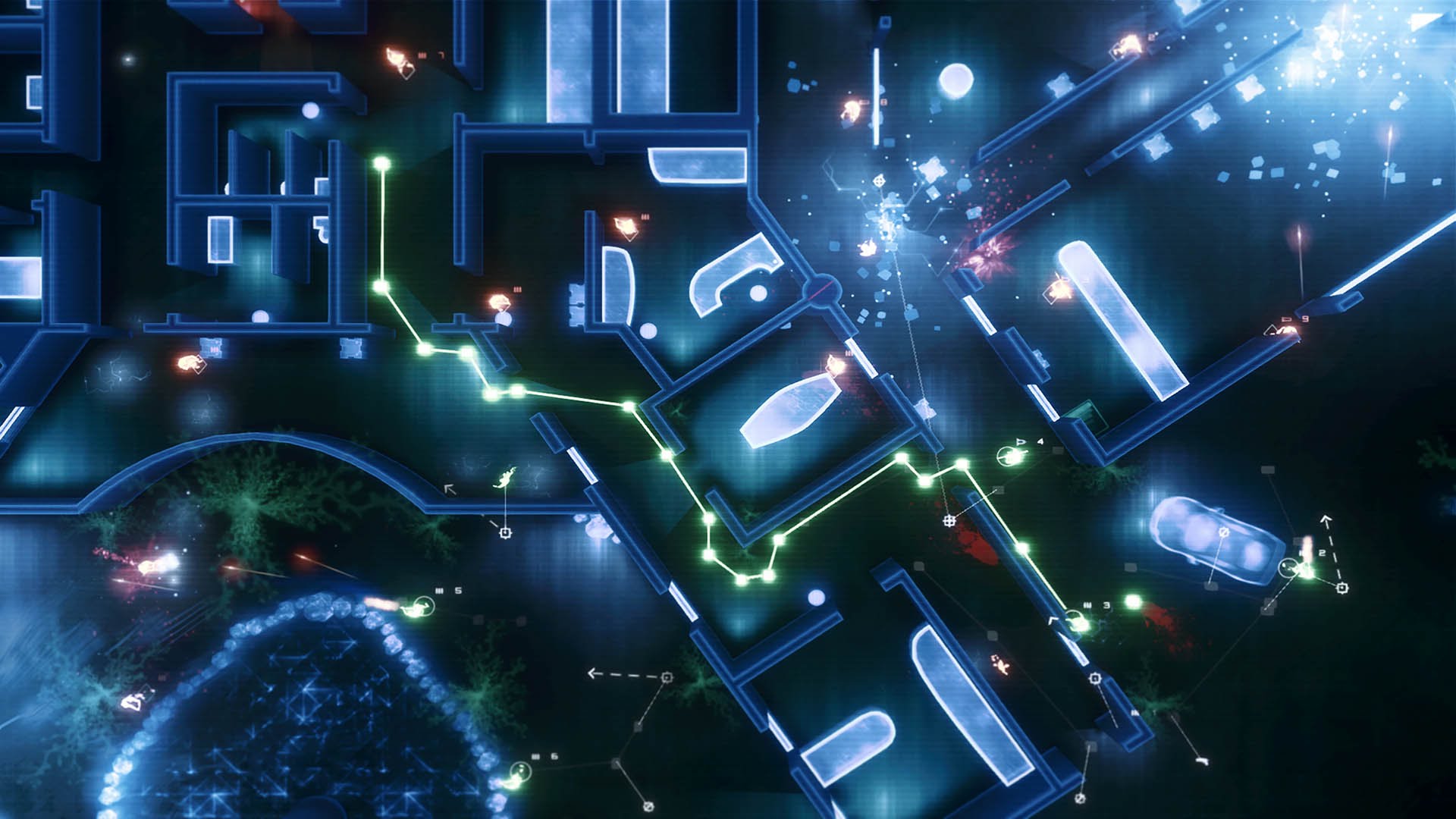 The single player game is set in a procedurally generated city: we think it’s the first such city where the player is able to conduct a mission in any building or on any corner of the map.

Taking some influence from janky-yet-wonderful strategic monolith X-COM: Apocalypse, the player’s initial role is to investigate a series of incursions by a powerful force.

However, a number of AI-controlled factions are also vying for dominion. Do factions ever do anything other than vy? Vye? Anyway, these factions do that and they do it extremely well. Each will express its own ideology through its strategic choices; every faction will have a different approach to the incursions.

The city map is a living system, with factions determining their own goals independently: think Alpha Centauri but with fewer worms that burrow into your brain. You can pick up contract missions from factions or play in an entirely freeform manner, stealing the resources you need to get ahead, like a cad and/or bounder.

Everything in the game is “on the map”, from money and supplies to VIP’s, hostages and even the player’s own in-game avatar. If a faction is transporting their ill-gotten gains back from a raid, the player can set up an ambush and try to snaffle the bounty themselves. If the player’s base is raided and they are killed, the game will end. Which is nice.

There’s a huge amount of potential here and we’ll be revealing more details over the coming months.

As well as this additional strategic layer, we’re making some big additions to the core tactical gameplay.

Our new AI enables stealth tactics: if a guard spots your squad, he will then activate the building’s security system, placing defensive teams on high alert.

Curved level geometry and new objects like trees, rocks and cars mean that we can create much more realistic areas. As before, everything is fully analogue rather than grid-based, so you can adapt your plans perfectly to fit the level. Coupled with the stealth system, breaching buildings feels a lot more realistic than in the original game. Also, there are toilets.

Frozen Synapse 2 will add a system we’re calling “Advanced Tactics” in multiplayer. This will be optional for high-level players and will allow the creation of elaborate conditional plans. More to be revealed soon!

On top of this, we’re adding new multiplayer modes as well as a completely new style of competitive Frozen Synapse.

If the game performs well in Early Access, we will look into adding requested features such as 3v3 and 4v4 multiplayer as well as single player co-op modes.

Frozen Synapse 2 gives the player an unprecedented degree of agency: we’re aiming for a unique fusion of grand strategy and precision tactics.

While these plans might sound ambitious, our current pre-alpha version has levels generating across the entire city map, faction activity and stealth gameplay already working and being iterated. This isn’t a technological pipe-dream: it’s a real game built on a proven tactical system. It’s fun right now, and it isn’t even close to working properly yet.

Frozen Synapse 2 will enter beta on PC in 2016. We hope to do other platforms and we’ll confirm those at a later date.