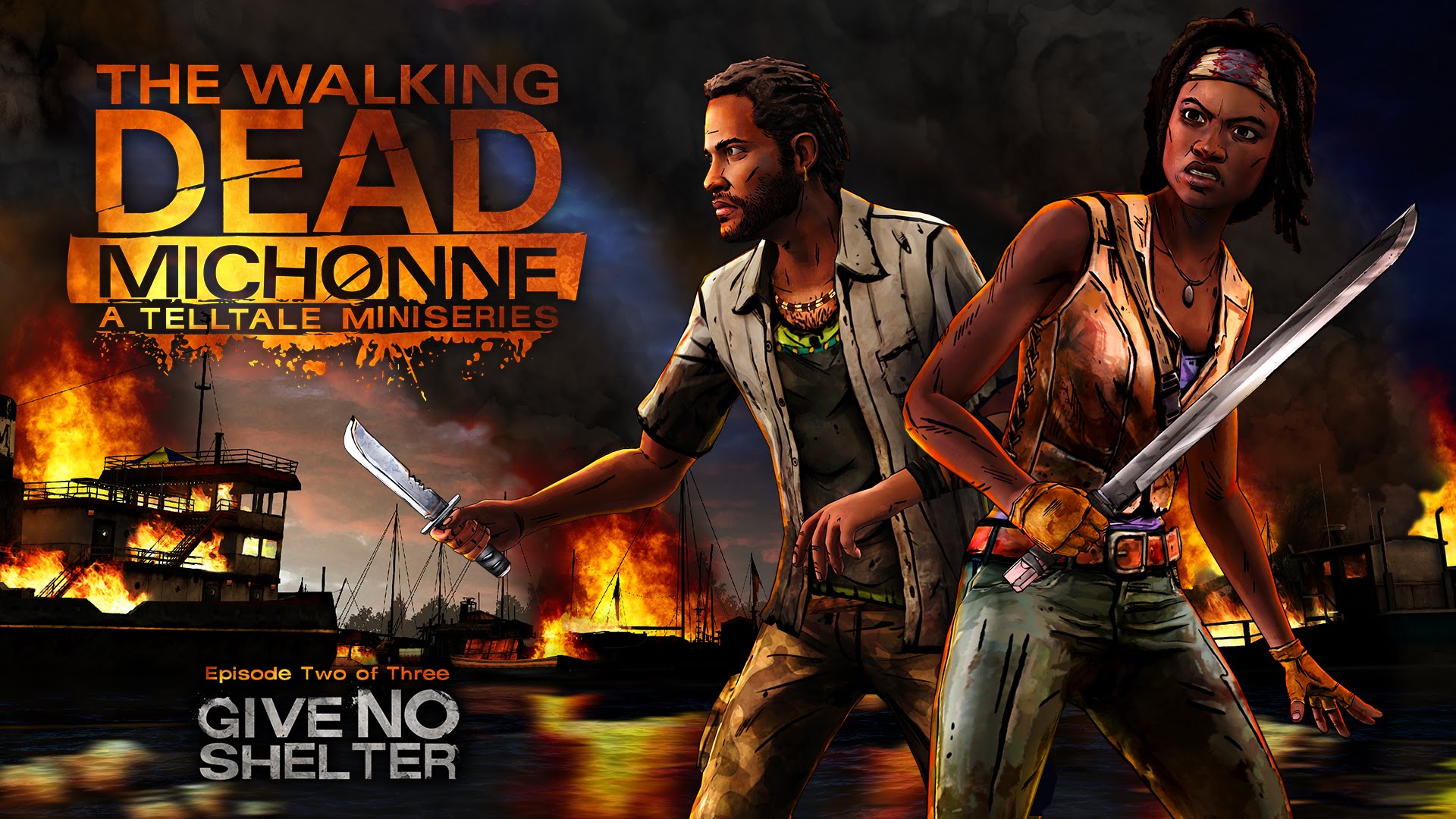 Leading publisher of digital entertainment Telltale Games and Robert Kirkman’s Skybound Entertainment, announced today that ‘What We Deserve,’ the final of three episodes in The Walking Dead: Michonne – A Telltale Miniseries, is now available for download.

Episode 3 – ‘What We Deserve’ is available now on PC/Mac from the Telltale Online Store, Steam, and other digital distribution services, the PlayStation®Network for PlayStation 4 and PlayStation 3, and the Xbox Games Store for Xbox One® and Xbox 360® video game and entertainment system from Microsoft. The episode is also available today for compatible iOS devices via the App Store, and for Android-based devices via Google Play and the Amazon App Store.

The Walking Dead: Michonne – A Telltale Miniseries stars the iconic, blade-wielding character from Robert Kirkman’s best-selling comic books, portrayed in-game by award-winning actress Samira Wiley (Orange is the New Black).
Haunted by her past and coping with unimaginable loss and regret, the story explores Michonne across a three episode miniseries event. Players will dive into the mind of Michonne to discover what took her away from Rick, Carl, and the rest of her trusted group… and what brought her back.

In an all-new interview, series creator Robert Kirkman spoke on the depth and complexity of Michonne and what makes her a long-lasting fan favorite in such an immensely celebrated series, as well as reveals the first details of the third season of The Walking Dead series from Telltale.

“Season Three of the Telltale series is really exciting to me. The way that the timeline works, Season Three will actually be getting pretty close to where we are in the comics concurrently,” said Kirkman. ” We’ll be checking in on Clementine again, so we’ll be seeing her, seeing where she’s at and what’s going on with her which is going to be great. But also similar to the Michonne series there will probably be some more comic book elements that we’ll be working into it in some interesting ways. I don’t want to spoil too much…”

In ‘What We Deserve,’ feeling the weight of choices both recent and long ago, Michonne tries to protect an innocent family… but Norma and the vengeful Monroe crew are closing in. As reality shatters and the ghosts of the daughters she abandoned demand to be heard, your choices will determine who lives, who dies, and what redemption really means in a world gone to hell.

To date, The Walking Dead: A Telltale Games Series has sold more than 50 million episodes worldwide, earning more than 100 Game of the Year awards from outlets including Metacritic, USA Today, Wired, Spike TV VGAs, Yahoo!, The Telegraph, Mashable, Polygon, Destructoid and GamesRadar, and was also the recipient of two BAFTA Video Games Awards for Best Story and Best Mobile Game.

The Walking Dead is set in the world of Robert Kirkman’s award-winning comic book series and offers an emotionally-charged, tailored game experience where a player’s actions and choices affect how their story plays out across the entire series.

The Walking Dead: Michonne – A Telltale Miniseries Episode 3 – ‘What We Deserve’ is rated ‘M’ (Mature) for Intense Violence, Blood & Gore, and Strong Language by the ESRB.