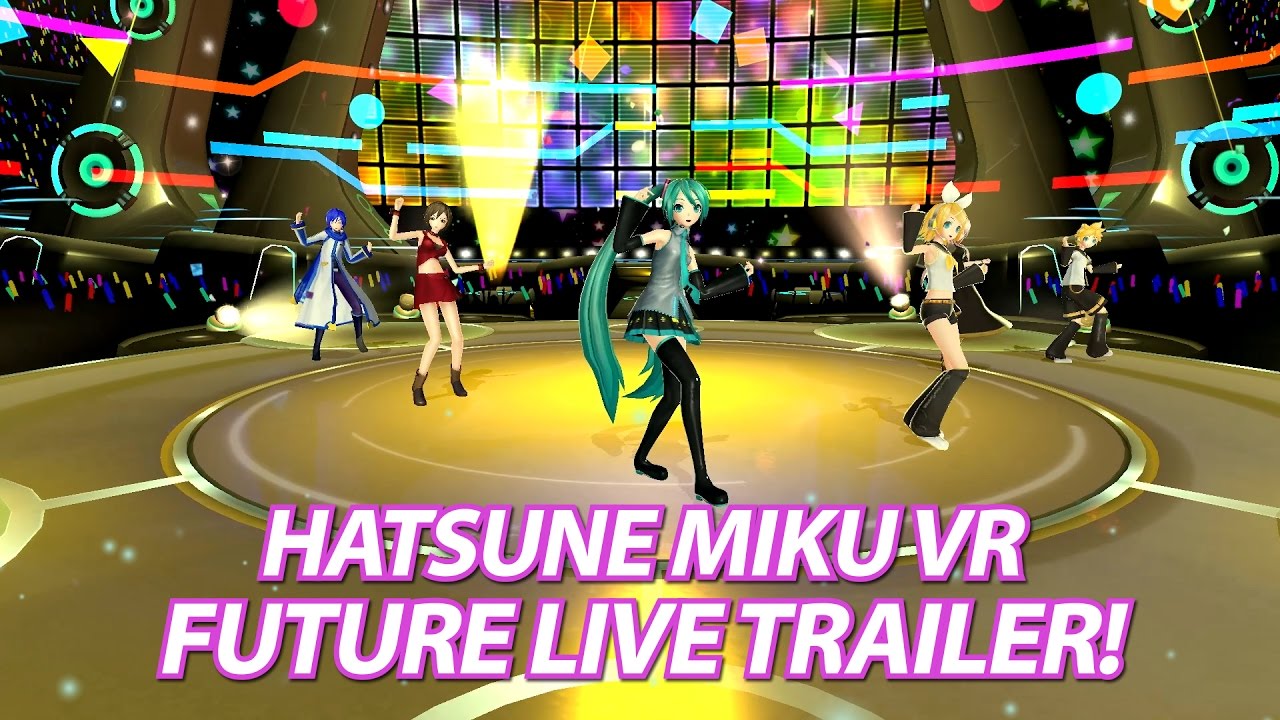 It’s time to put on your shiny new PlayStation®VR headset to witness the greatest show in virtual reality, because  Hatsune Miku: VR Future Live is out now!  The game will transport you to a massive arena full of screaming Miku fans for a concert experience unlike anything you’ve ever seen before. You’ll need to get your fanboy/girl on to help out Miku and charge the stage’s voltage by moving your controller in time with the crowd. Plus, don’t forget to shout some encouragement to her (seriously) as building her voltage up will unlock easter eggs. After three songs, Miku will even do a special solo encore performance just for you!

The 1st Stage is out now and contains the following seven tracks:
Love Trial  by 40mP
1/6 – out of the gravity –  by noa
Satisfaction  by kz
Weekender Girl  by kz & Hachioji P
39  by DECO*27 & sasakure.UK
Cute Medley – Idol Sounds by Mitchie M
Love Song  by Lamaze-P

Hatsune Miku: VR Future Live  is now available as a free download on PlayStation®Network, but players will need to purchase Stages in order to play any content. There will be a total of three stages that can be purchased à la carte for $14.99 or as a season pass bundle for $39.99 (you’re saving money with the bundle, just saying) in the Americas. European prices will be commensurate and more information about the 2nd and 3rd Stages will be revealed at a later date.

If you aren’t sold yet, why not download the demo now and see what all the fuss is about? The demo contains a tutorial and one song (Weekender Girl by kz & Hachioji P) that will give you an exciting look at what it’s like to watch the world’s most popular digital diva perform in virtual reality.

Project DIVA X VR Patch
BUT WAIT THERE’S MORE! The VR-enabling patch for Hatsune Miku: Project DIVA X is also live. The free patch allows players to watch concerts they’ve created with the Concert Editor in VR. Although the rhythm gameplay won’t be present, players will get a thrilling glimpse of what Miku is like in the world of virtual reality!