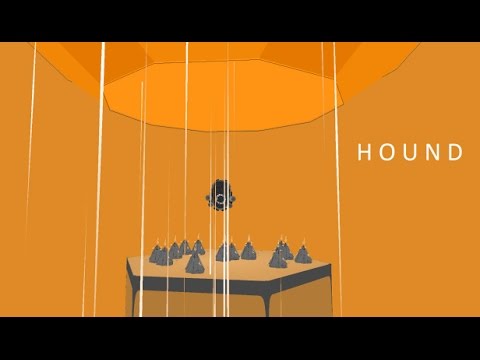 Publisher Meridian4 and game developer Nick Shesterins are excited to announce that HOUND is set for Early Access on STEAM™ on March 28th, 2017.

“HOUND is a new experimental game, nothing has been created like it before,” says Jeff Gaisson, Founder of Meridian4. “And this is what drew us to publishing HOUND. We can’t wait for the community to get their hands on it!”

HOUND is an evolution simulation that allows users to develop complex ecosystems in small-scale simulations through the use of advanced artificial intelligence. Players design an organism and release it into the world; through conversation with the AI, they can tweak the environment to create a perfect and complex virtual ecosystem. Players watch and oversee the evolution of their creatures from single-celled organism to three-dimensional beings that can walk, run, fly and even talk. And you can do so in hours, rather than millennia.

Early Access will stay open for eight to 12 months, allowing players to get a good sense of the game’s mechanics and provide feedback to help shape the final version of the game. The decision to allow early access was made in order to help Shesterins and Meridian4 ensure the best experience – everything from UI to game pace will depend on what the players prefer and what features are utilized the most. Functionality and user-friendly interface are the top priority.

For early access, players will have one built-in AI to use for their experiments and world building. In the final version, the game will still be sandbox in nature but there will be additional features, such as: balanced game; improved user interface, music and sounds; several AI modules with advanced editing capabilities; several game ending events and victories for clear well-tested goals; scripted story and tutorial parts to guide the player through the world; and the option to visit other players’ worlds.

This is a promising collaboration between Meridian4 and Nick Shesterins. One that works on their mutual goal of changing the gaming landscape with unique, avante garde game play.

“We chose Meridian4 because of a promising record, great quality of service and good reputation,” explains Shesterins. “We hope that this cooperation will bring mutual benefit and let us fully exploit the potential of our project as well as make our game a successful title.”