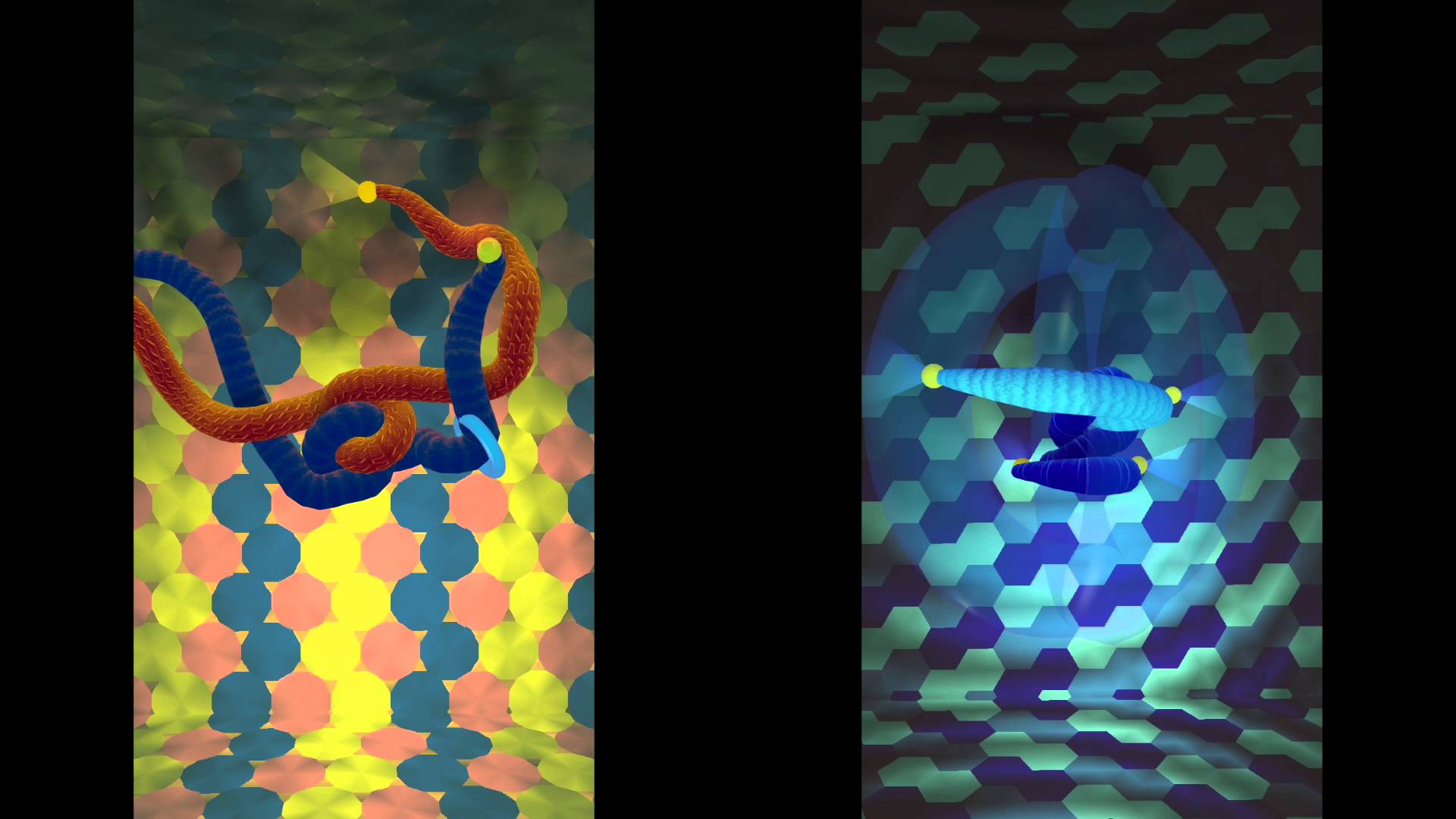 Featuring an innovative approach to puzzle game, Knotmania is available on the App Store from January 26th in 35 countries in Europe and North America and in Australia and South Africa and from February 4th in Japan with a price of $2.99
We are excited to announce that Knotmania has been featured by Apple in Best New Games of App Store in USA, Canada, Australia and Spain.

Knotmania would like to take you on the exploration of an alien life form – the “Strings” – living entities in a structure of endless rooms. Strings energy runs the structure and to continue the journey one needs to unravel them thus cutting off the energy.

The core mechanic centers around a unique gameplay with an inventive approach to puzzle gaming, where the puzzle itself is a living creature. Each level begins with a twisted knot to tackle – it may be a single String or multiple Strings – and it sleeps awaiting your first touch. At the first gesture made, the strings wake up and begin to twist, embrace, and explore moving in slow graceful movements in zero gravity. They oppose change in order to remain twisted together.