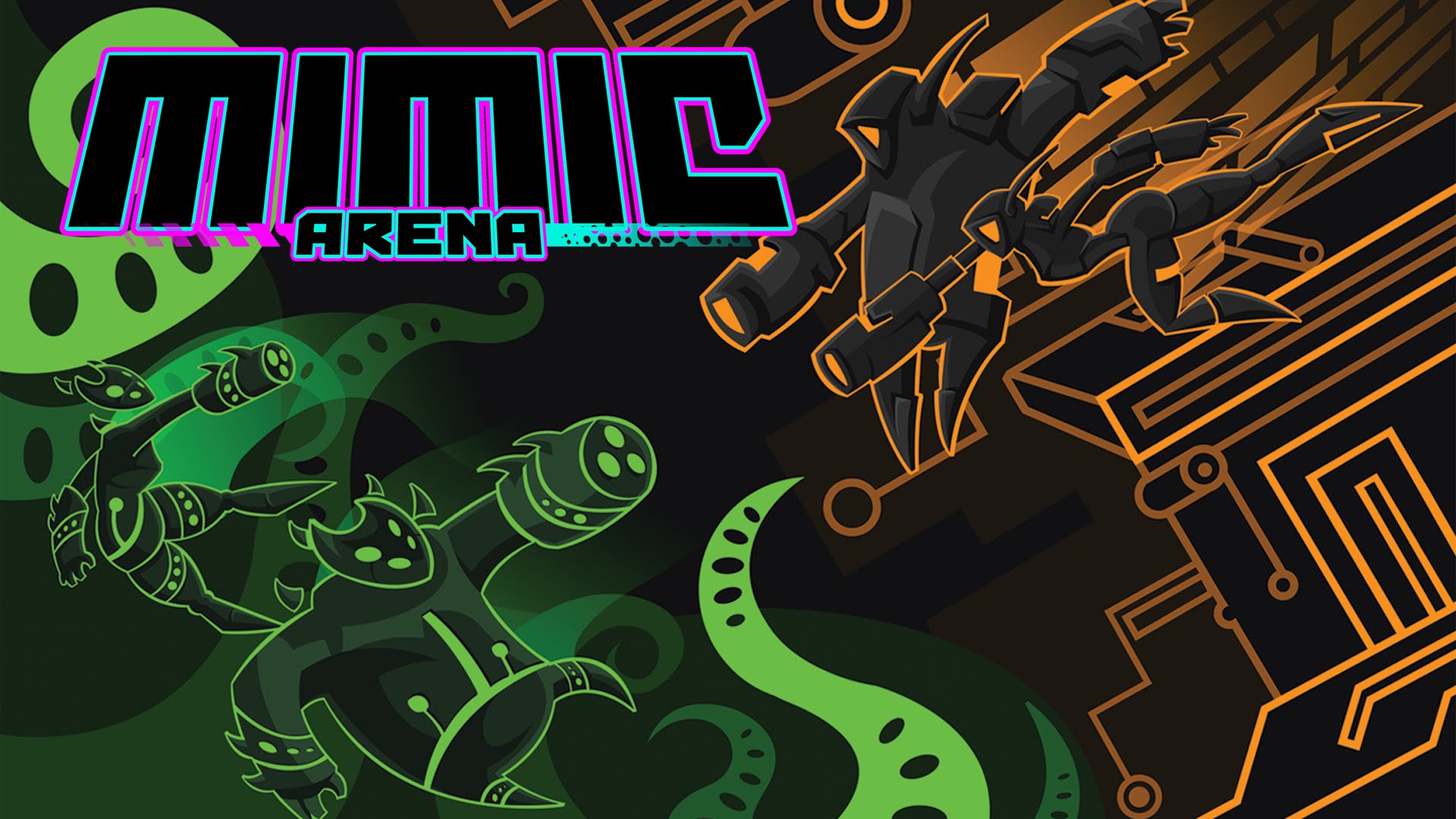 Indie game outfit Tiny Horse Games has announced the release date for their debut project, Mimic Arena. It will be available May 18th, 2016 on Xbox One & Steam (PC/Mac/Linux) and the Razer Forge TV, NVIDIA Shield, Amazon Fire TV, and Android TV via OUYA Publishing.

Mimic Arena is a local-multiplayer platform shooter with a twist. Up to four players are pitted against one another in a high energy, hectic battlefield that will test even the most seasoned gamers’ reflexes. Thankfully you will have some backup: your past self! Everything the player does, wherever they go, every shot fired; is recorded and then played back again as a Mimic. When your character is destroyed, these clones automatically spawn to fight alongside you. Your Mimics will provide useful distractions, supporting fire, and allow more advanced players to utilize strategies like zoning and coordinated attacks.

Throughout the battle, players and Mimics will be able to equip themselves with an assortment of weapons – such as Reflective Disks that can deflect projectiles, or the terrain-piercing Phase Beam, which cuts through platforms and all players attempting to take cover. With the right weapon, these clones can prove to be a dependable ally or a troublesome enemy. Control your shots for precision and efficiency, or let them fly wild and embrace the bullet storm that is bound to ensue.

Mimic Arena started as a Global Game Jam project back in 2013, inspired by fast-paced shooters like Unreal Tournament. During the 48 hour challenge, Tyler Edwards built a prototype around the cloning mechanic. Soon after, he met artist Hagen Deloss through Portland Indie Game Squad, a community of game developers and enthusiasts in the Pacific Northwest. They worked on the game on nights and weekends to create new modes, characters, and weapons which rapidly expanded the world. Megan McDuffee, a California-based composer, joined as the 3rd and final member of the team to create a driving soundtrack that perfectly matches Mimic Arena’s intensity.

Highlights
· 2 to 4 person local multiplayer
· When your character is destroyed, a clone spawns to relive your previous actions.
· Use your past life, or Mimic, to create a team from your past actions
· Grab power ups to equip yourself with a diverse arsenal.
· Three unique game modes – Infiltration, Death Match, and Survival
· Initial prototype created at Global Game Jam 2013
· Showcased at PAX, GDC, Twitch Mainstage, Power of Play, Rose City Comic Con, Portland Retro Gaming Expo and more.