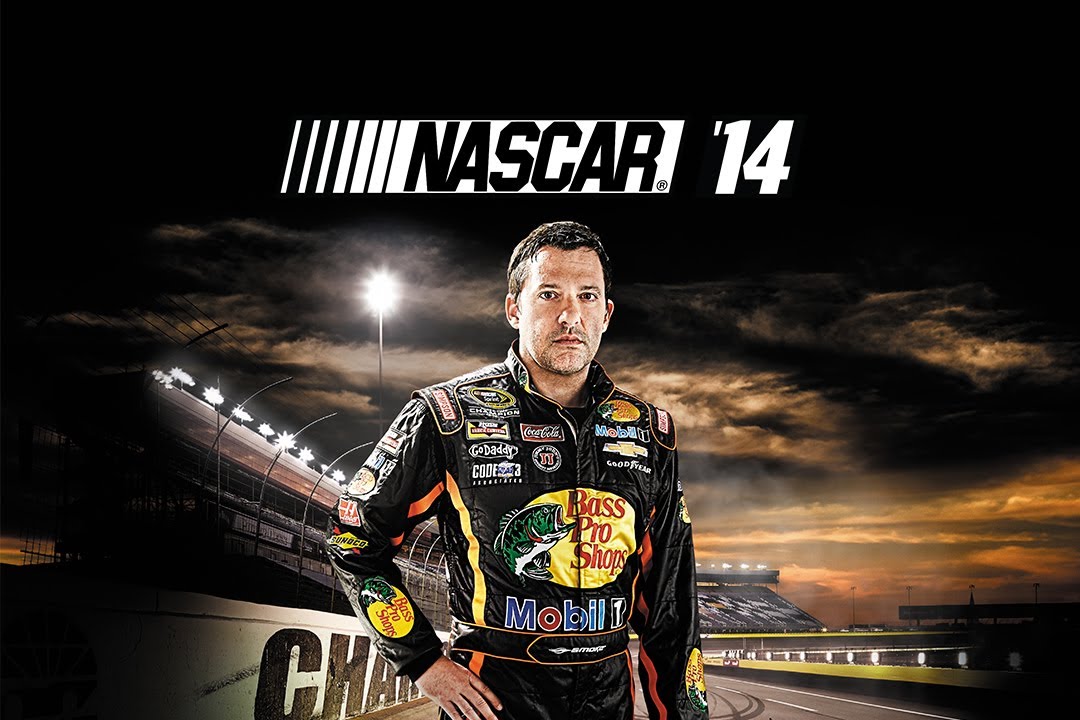 Deep Silver announced today that the racing game NASCAR ’14, developed by Eutechnyx, will launch in North America on February 18, 2014 on the Xbox 360® games and entertainment system from Microsoft, the PlayStation®3 computer entertainment system and PC for the suggested retail price of $49.99. Pre-order offers at Walmart, Gamestop, Best Buy, Target and Amazon may include diecast cars, exclusive paint schemes and more.
Fueled by high-octane intensity and the opportunity to relive the best NASCAR moments from both the 2013 season packed into the game plus regular downloadable content updates as the upcoming season progresses, NASCAR ’14 offers fans the most complete NASCAR® experience yet.

Recently NASCAR revealed that more than 700,000 votes were cast worldwide in the “Drive for the Cover” contest as fans voted Tony Stewart, the three-time NASCAR Sprint Cup Series champion to appear onto the cover of NASCAR ’14. The injury that kept Stewart off the track didn’t stop fans of the driver of the No. 14 Bass Pro Shops / Mobil 1 Chevrolet for Stewart-Haas Racing from beating another fan favorite, four-time champion Jeff Gordon. Stewart plans to return to the track for the Daytona 500 race in February, the same month NASCAR ’14 hits store shelves.

For a first look at the game and Stewart on the cover, watch the trailer here: YouTube http://www.youtube.com/watch?v=SrJPUh8yMzo

“With a February launch date, NASCAR ’14 will make a great racing season companion for NASCAR fans,” said Blake Davidson, NASCAR vice president of licensing and consumer products. “If history repeats itself, the new cover recognition for Tony Stewart will serve as a good luck charm as he heads back on the track and Smoke rises again.”

About NASCAR ’14
It’s your turn to immerse yourself in the full-throttle thrill of the world’s most exciting motor sports racing series in NASCAR ’14. Take the wheel from your favorite driver and participate in the race week experience complete with practice, qualifying, and race day challenges. With your favorite personalities and replays, NASCAR ’14 is the authentic NASCAR experience for fans.

· NASCAR Highlights: Take advantage of “NASCAR Highlights” to determine the outcome of the biggest race thrills from the season. Eutechnyx recreates the action where exact condition of the cars, the weather is the same and track positions are identical – the only difference is you!

· Career Mode: Work your way through the ranks in a comprehensive career mode; complete with custom car builds, sponsor acquisition, and R&D to get your team into victory lane.

· Official Teams & Tracks: Race against the official NASCAR teams & drivers on your favorite tracks from the high banks of Daytona, to the twists & turns of Sonoma, and exhilarating speed of Talladega.

· Leagues: Take competition to the next level and host online leagues with your friends, fully supported by statistics, challenges, rankings and replay.