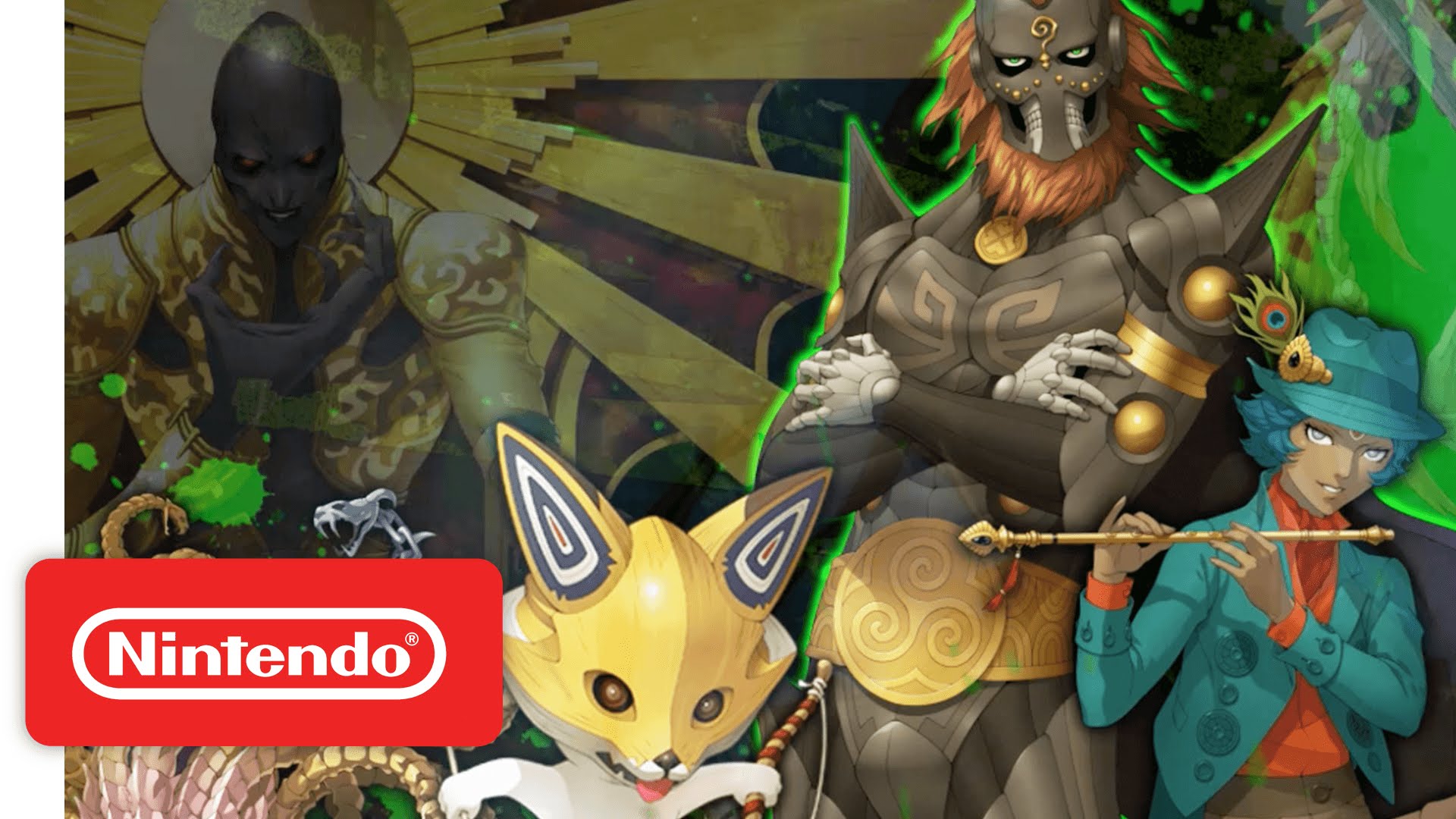 Shin Megami Tensei IV: Apocalypse – The  Shin Megami Tensei IV: Apocalypse game is now available exclusively for the Nintendo 3DS system. The protagonist is a novice demon hunter in the ruins of Tokyo who meets an untimely end, only to find himself returned to the world of the living by the lesser god Dagda to serve as a pawn in his schemes … with humankind as the prize!

Severed – Take control of a one-armed warrior named Sasha who wields a living sword on her journey through a nightmare world in search of her family. Features include Wii U Off-TV Play, in-game achievements and HD graphical optimizations. Buy the Wii U version of  Severed and receive a free download code for the Nintendo 3DS version upon release. This game is part of the #Nindies Summer Jam promotion, with a special introductory price through 8:59 a.m. PT on Sept. 29.

Wii Retail on Wii U

Donkey Kong Country Returns – Donkey Kong Island has been taken over by the musical Tiki Tak Tribe! In this Wii platforming classic, jump, swing and blast your way through more than 65 levels spanning eight worlds. There are many hidden items to uncover in each level, and collecting them all will unlock something special. Invite a friend to take control of Diddy Kong for two-player cooperative play (additional accessories required for multiplayer mode; sold separately).

Final Fight 2 – In the second chapter of the beat-’em-up Super NES classic, the  Final Fight 2 game will take Haggar back to the streets of Metro City. Accompanied by Maki and Carlos, he will travel across the world and fight to end Mad Gear Gang’s reign once and for all…

Final Fight 3 – In the third chapter of the Super NES  Final Fight series, a new enemy has arisen by the name of Skull Cross. Join Haggar, Guy, Cody and Lucia as they battle it out on the streets of Metro City once more in what may be their  actual final fight.

In addition to video games available at retail stores, Nintendo also offers a variety of content that people can download directly to their systems. Nintendo adds new games weekly to Nintendo eShop on the Wii U console and the Nintendo 3DS family of systems, the Nintendo DSi™ Shop for the Nintendo DSi system and the Wii™ Shop Channel for the Wii console.

Nintendo eShop is a cash-based service that features a wide variety of content, including new and classic games, applications and demos. Users can add money to their account balances by using a credit card or purchasing a Nintendo eShop Card at a retail store and entering the code from the card. All funds from one card must be loaded in Nintendo eShop on either Wii U or the Nintendo 3DS family of systems, but can be used in either Nintendo eShop if the systems are linked to a single Nintendo Network account.