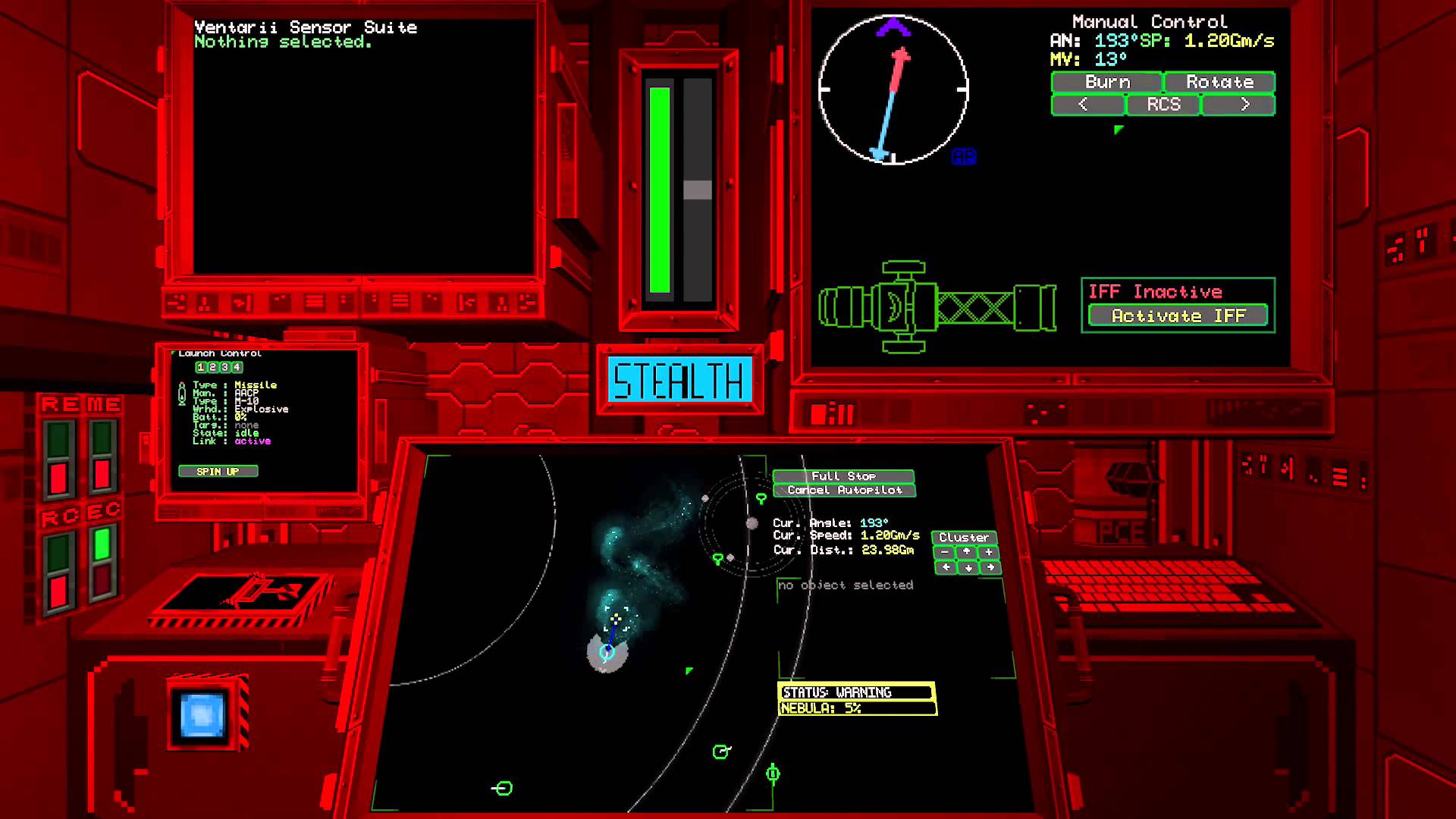 Objects in Space is a retro open-world stealth-action space game in which starships are modelled on Cold War era submarines rather than on WWII era dogfighters. Players take control of their own small ship and must traverse the tumultuous Apollo star cluster – a new home for humanity outside our solar system – a place alone in the universe, with no contact from Earth in almost fifty years.

Objects allows players who want to go beyond keyboard and mouse to build their own custom starship bridges at home using physical hardware. The team at Flat Earth Games have built a bridge to show players what can be done, and fans have already started building their own completely unique versions at home in anticipation of the game’s launch.

“This is an open world in which time is always passing and events unfolding,” said Leigh Harris, co-founder of Flat Earth Games. “NPC dialogue is never repeated, so if players are faced with a choice in a branching conversation, they can’t come back and change their minds later on. We’re really pushing the ‘open’ part of open world with this game. There is no hero’s journey or main quest line here, but a wealth of small stories the player can choose to engage with if they wish.”

“This game is all about customisability,” said Elissa Harris, co-founder of Flat Earth Games. “The playable ships, the in-depth engineering sections of the game, the home consoles players can build, the way people choose to play the game – it’s all designed for people who like to tinker, but works just as well for players wanting a more guided experience as well.”

“We’re very excited to be working with the highly creative team at Flat Earth,” said Tim Woodley, SVP Global Brand & Marketing from 505 Games. “Objects in Space struck us as an experimental title with a lot of promise and a commitment to looking at open worlds a little differently. We’re proud to be partnering with Flat Earth Games on this title.”