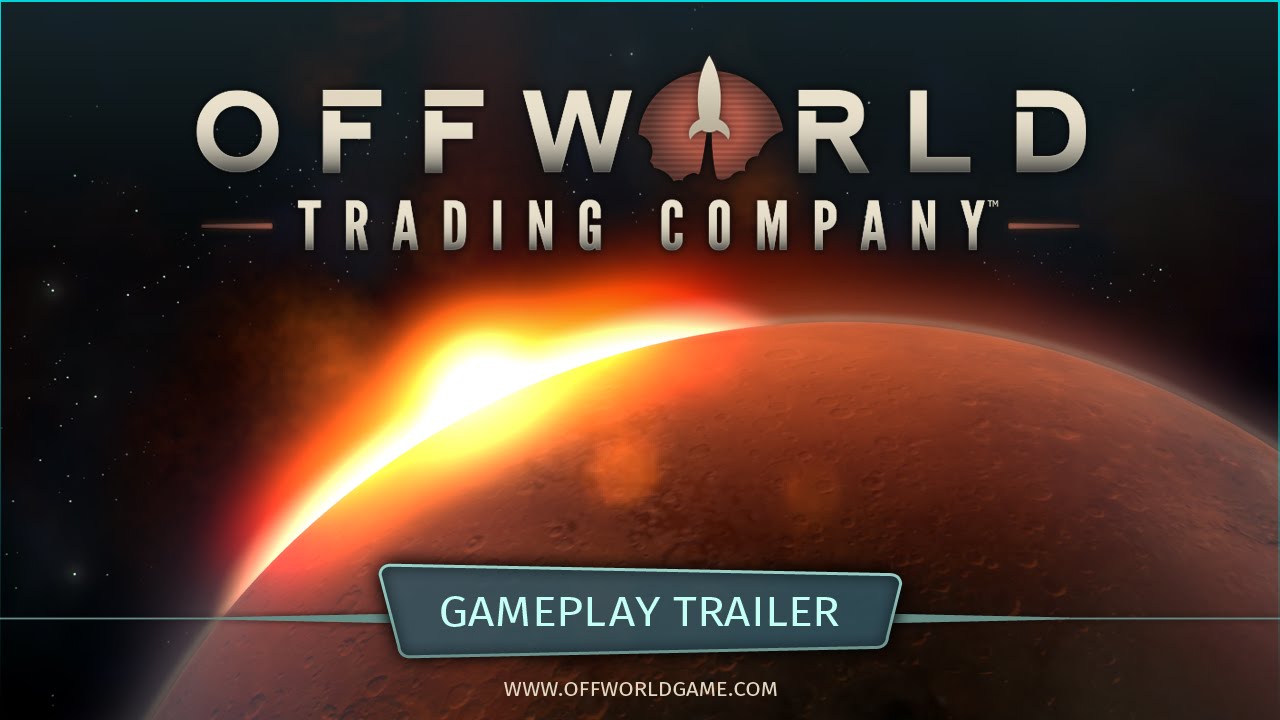 Set in the future, humanity has begun to colonize on Mars to try and seek new fortunes. Players take on the role of an investor trying to take control of the Martian market and take over their competition.

Offworld Trading Company is a new direction for real-time strategy where money is both your deadliest weapon and your toughest defense. With a campaign, skirmishes and daily challenges, players can enjoy a game by themselves at their leisure. If they want to connect with their friends online, the multiplayer mode can host up to 8 people for a knock-down, drag out economic brawl or they can join in ranked ladder games to see who the world’s best businessman really is.

“This game has been an idea I’ve had for a long time,” said Soren Johnson, lead designer for Offworld Trading Company and president of Mohawk Games. “I knew I wanted to create a unique real time strategy game, and when I started looking at all the possibilities, Mars just made sense for our setting.”

The real-time, player-driven market is the foundation of the game, allowing players to buy and sell resources and materials – even the food and water that the colonists need to survive. Players will need to build up enough capital to gain access to the lucrative offworld markets so that they can buy out their rivals and claim the Martian economy for themselves. But, the battle isn’t limited to the board room. Players also have access to a black market that allows them to employ some more underhanded methods for victory, such as hiring pirate raiders, or hackers to disrupt production, or sending a covert electromagnetic pulse to an opponent’s base.

“There are four major corporations in the game,” said Johnson, “and all of them have their own advantages and disadvantages. When you add this to other variables within the game – like a constantly fluctuating stock market – you’re looking at a new gameplay experience every time you play.”

“In game, watching the buildings practically 3D print themselves into existence is awesome. The tiles animate with the same thoughtful exuberance usually reserved for smoke and explosions in typical RTS games.”
9/10 – Gaming Nexus

“…Offworld Trading Company made the art of a corporate takeover one of the most thrilling strategic experiences I’ve ever had.”
4.5/5 – Blast Magazine

◾ Extra Offworld Trading Company key to give to a friend

About This Game
From the lead designer of Civilization IV comes a new kind of strategy game: Offworld Trading Company, an economic strategy game.

Mars has been colonized and has invited you to lend a hand to make sure the new colony has a shot at success. But you’re not the only one that’s been invited, other business rivals are here as well and they have no qualms about playing dirty to gain the choicest territories on the Martian surface and driving their competitors out of business.
Venture to Mars to Earn Your Fortune

With space travel becoming a reality and the easy-to-reach resources on Earth dwindling, hopeful people seeking their fortune are rushing to the next great frontier: Mars. Rekindle humanity’s adventurous spirit by leaving Earth behind and make a new name for yourself as a titan of industry on the red planet.

Discover the Origin of the Major Martian Businesses
Determine the fate of the Martian colonization effort in the dynamic single-player campaign mode. Multiple types of CEOs, each with unique traits and abilities, deliver many hours of discovery into their motivations and how they intend to dominate the future of Mars.

Experience New Adventure in Multiplayer
Turn your friends into frenemies! With a robust and exciting multiplayer mode that can support up to eight players, no two games of Offworld Trading Company are the same! The market fluctuates depending on which of the four starting corporations you and your opponents choose and what resources you accumulate. Strategy is key, and tenuous alliances between rivals are easily broken when the opportunity arises.

Control the Market before your Competition Controls You
In Offworld Trading Company, market forces are your weapons, not guns or bombs. The real-time player driven market is your sword and your shield here. In order to win, you will need to make tough choices on what resources to acquire, what goods to build and sell, how to interact with the planet’s thriving underworld, and what stocks to acquire and when. With over a dozen different resources available and a constantly changing market economy, no two paths of victory are alike — each game holds a different “key” to dominating your competition.

Enjoy a Rich Soundtrack from a Grammy Award Winning Composer
Transport yourself to Mars and immerse yourself in the battle for big business with an incredible soundtrack from composer Christopher Tin (Baba Yetu, Civilization IV). This retro-futuristic score mixes orchestra instrumentals, piano, and synthesizers while utilizing unique pitch-dives and other electronic treatments. All of these unique elements gives Offworld a truly otherworldly tone.