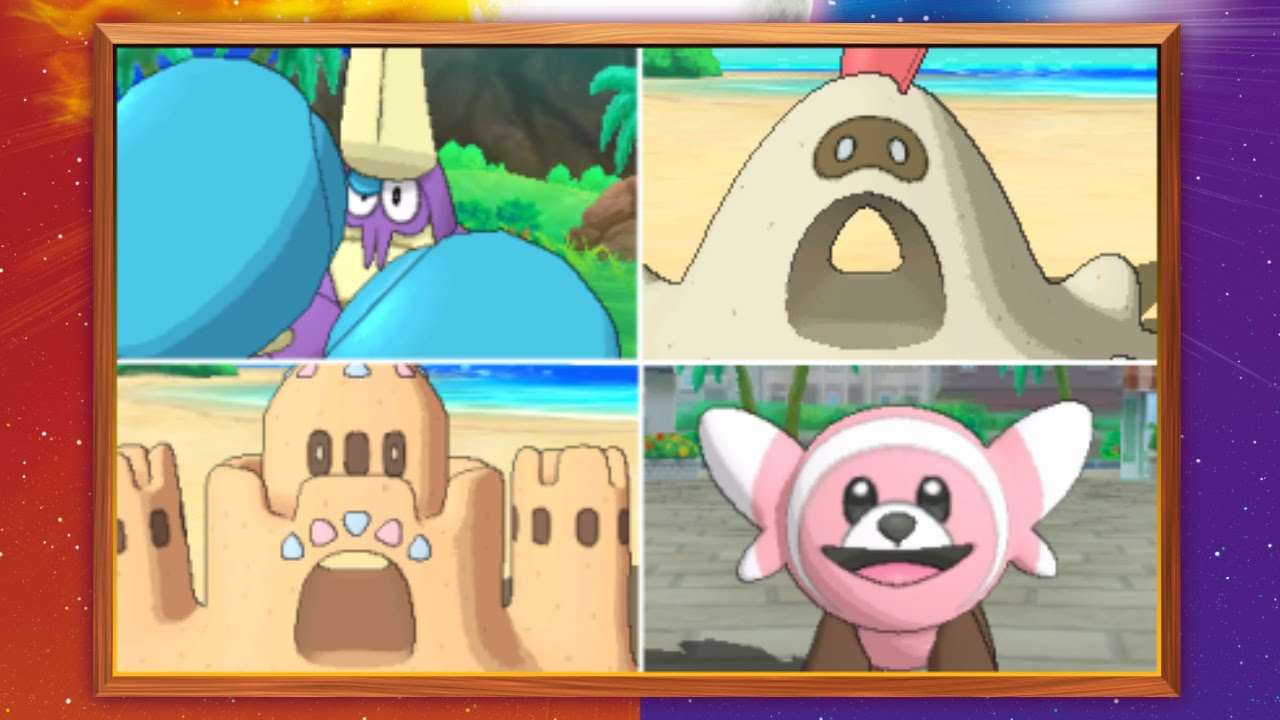 Fans at the 2016 Pokémon World Championships Among the First to See Crabrawler, Plus New Pokémon-GX Cards from Pokémon TCG: Sun & Moon

At the 2016 Pokémon World Championships today, The Pokémon Company International gave its passionate fans a first look at new Pokémon coming to the highly anticipated Pokémon Sun and Pokémon Moon video games, available exclusively on the Nintendo 3DS family of systems. The fascinating Alola region Pokémon will appear in the latest generation of Pokémon video games that will launch in Europe on November 23. Additionally, TPCi announced Pokémon-GX, a new kind of card coming to the Pokémon Trading Card Game (TCG) as part of the Sun & Moon Series, at the brand’s premier fan event in San Francisco.

Name: Crabrawler
Type: Fighting
Crabrawler is a Boxing Pokémon that really hates to lose. It can be found clinging to buildings with its powerful pincers that also pack a powerful punch, or gathering around trees in search of Berries, its favourite food.

Name: Stufful
Type: Normal/Fighting
Stufful may have a small body, but this Pokémon has extraordinary strength. Despite its cute, fluffy appearance, Stufful dislikes being touched and will flail its arms in protest. Stufful evolves into Bewear.

Name: Sandygast
Type: Ghost/Ground
Sandygast emerges when the grudges of fallen Pokémon soak into the sand after battle, and its tunnel-like mouth can suck the vitality from people and Pokémon. Sandygast also features a new Water Compaction Ability, never before seen in other Pokémon, where its Defense stat goes up by two if it’s hit with a Water-type move. Sandygast evolves into Palossand.

Name: Palossand
Type: Ghost/Ground
Palossand disguises itself as a sandcastle, with its shovel on top serving, it is believed, as a radar to search out prey. Unsuspecting small Pokémon are dragged into Palossand’s body through its sandy vortex so it can steal their life force.

Pokémon TCG
In early 2017, the Pokémon Trading Card Game introduces the Sun & Moon Series and new Pokémon-GX cards . The term GX describes special attacks and special Pokémon that are completely new to the Pokémon TCG. These exciting advancements will require players to develop new tactics and strategy as they engage in one of the world’s most popular trading card games.

· GX Attacks
Each Pokémon-GX has a devastating GX attack that can instantly reverse a player’s disadvantage or create an early-game advantage. A player can’t use more than one GX attack in a game, so deciding which GX attack to use and when poses a strategic challenge.

· Pokémon-GX
In Pokémon TCG: Sun & Moon, Pokémon-GX will make their first appearance. There are four defining characteristics of Pokémon-GX.

· Only Pokémon-GX have GX attacks which can be used once per game.
· Each Pokémon-GX has a maximum of two attacks in addition to its GX attack. Pokémon-GX have ordinary attacks and Abilities besides their GX attack. It’s possible to use different attacks as the situation demands.
· Pokémon-GX have strong attacks and high HP, so they can overwhelm their opponent’s Pokémon without needing to rely on the GX attack.
· This extra power comes with a price. When a Pokémon-GX is Knocked Out, the opponent takes two Prize cards, so players need to strategically decide when to use them.

· Solgaleo
The Sol Burst-GX attack allows a player to attach up to 5 Energy cards from their deck to their Pokémon in any way they like, making it a powerful attack that’s useful for super Energy acceleration.

· Lunala
The Lunar Fall-GX attack lets a player immediately Knock Out any of their opponent’s Basic Pokémon.

A brief video about Pokémon TCG: Sun & Moon and the new Pokémon-GX cards: