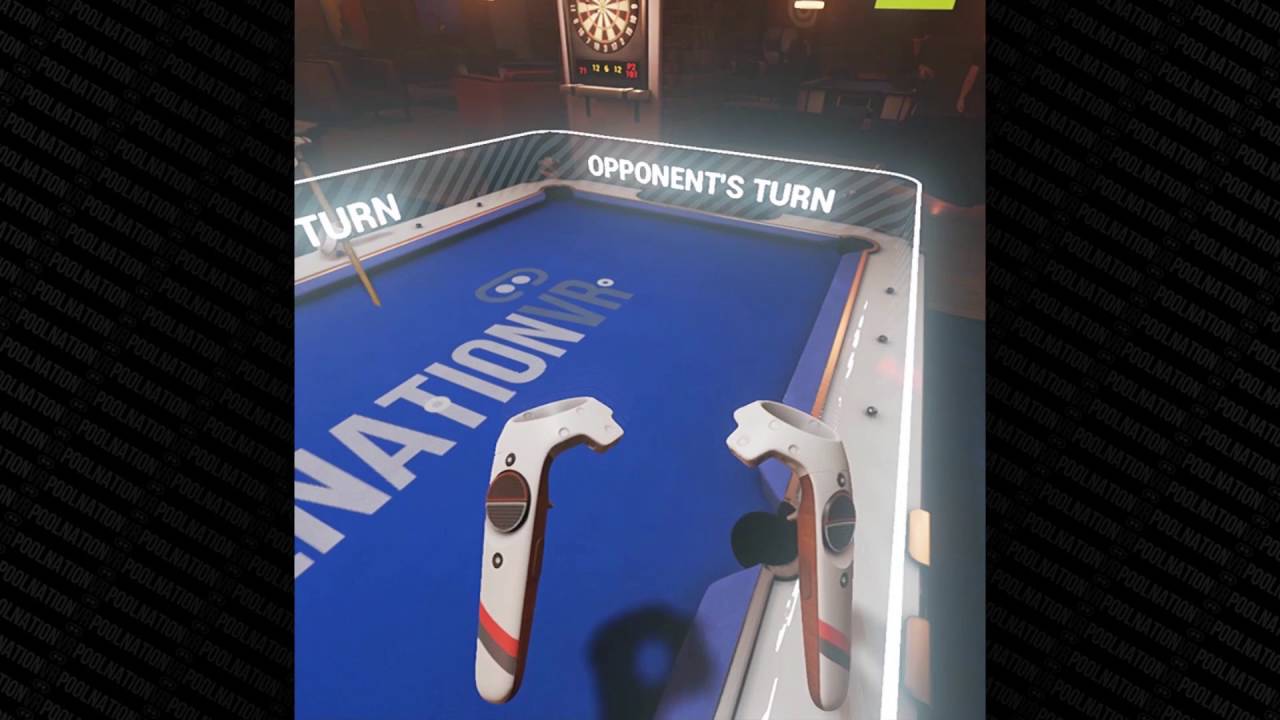 “Playing pool in VR feels just like breaking balls in real life, you get to look around the table, line-up your shot with just the right angle as you would in your local pool hall,” said Richard Kidd, CEO from Perilous Orbit. “Our two development teams together deliver years of experience with video game physics necessary for a great pool game and proven talent in the virtual reality space.

Together we are creating the most immersive pool experience with consistent updates and features to keep the game fresh.”

Pool Nation VR demonstrates more than just amazing pool physics in a VR space. Players will be able to interact with all sorts of objects, create trickshots with plates, bottles and other items in the pool hall, play virtual darts, and take part in the time-honored pastime of throwing empty beer bottles against the wall. With the most advanced proprietary physics engine honed for billiards realism, Pool Nation VR aims to deliver an interactive VR billiards experience and the most chill VR hangout.

Pool Nation VR Gameplay Features:
•Play Real Pool – Delight your senses with an immersive and accurate representation of the sport using motion control and real pool physics (be careful not to lean on the table, it’s not really there).
•No Consequences – Enjoy the pleasure of throwing a bottle at your opponent or breaking one against the wall. We won’t make you clean-up in VR.
•Customize Your Game – Choose from several variations of pool with popular rule sets, or just hang out and hit some balls in free play.
•Online and Offline Opponents – Play against the AI or with your friends globally online.
•Kill Some Time – Waiting your turn at the table? Walk around the bar then jump into other fun bar pastimes like Darts, Air Hockey, Skreeball, Shuffleboard, Checkers and Chess!
•Go Crazy – Grab, stack, and smash objects in the world. Create a tower of bottles, stack ’em high and launch a pool ball at your creation.
•Enjoy a Polished VR Experience – Years of VR / AR know-how help provide a fun and comfortable VR space to hang out in with your friends from the comfort of your own home.