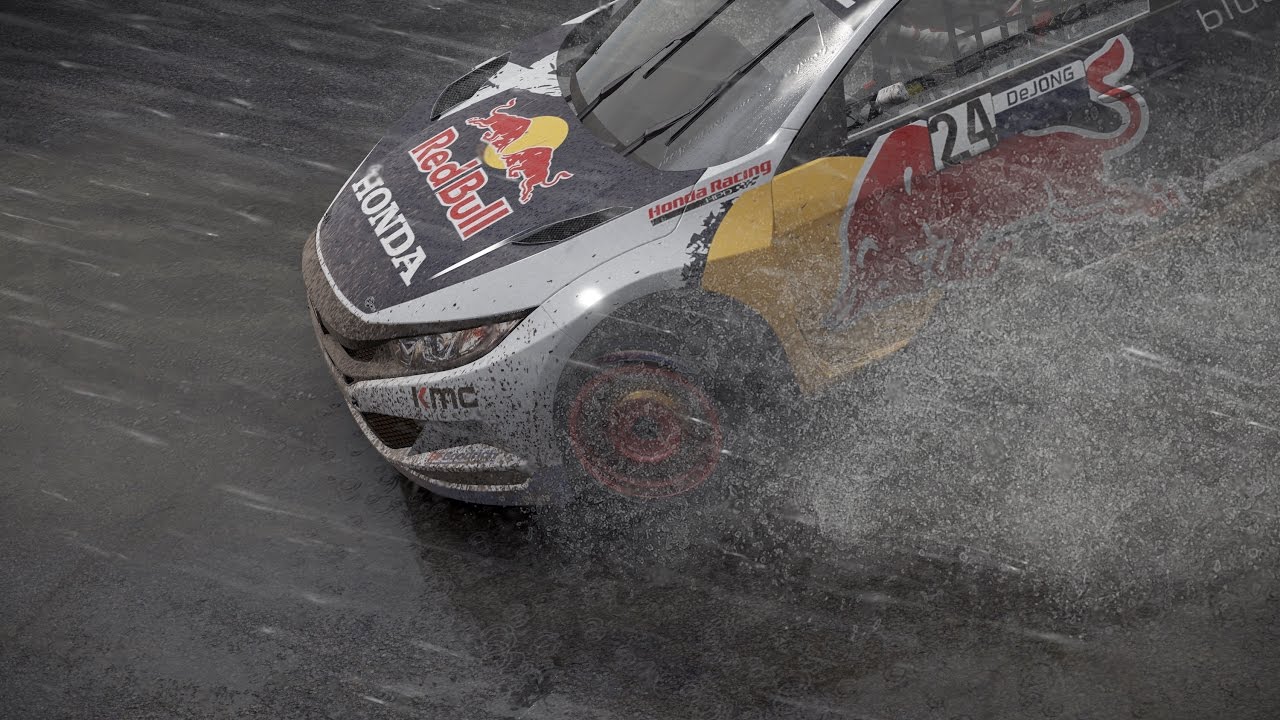 Rallycross, one of the world’s most thrilling and action-packed motorsports, will come fully-loaded to Project CARS 2 with an array of licensed cars and tracks in late 2017. Rallycross combines the sideways dirt racing action of rally with the highspeed corner carving action of tarmac racing, all taking place within a closed course with 70-foot jumps, obstacles, and with other drivers in close proximity.

Merging the authentic physics, unsurpassed visual fidelity, and superior driving dynamics synonymous with the Project CARS franchise along with a technical partnership with one of the sport’s most legendary teams, OMSE rallycross. The development team at Slightly Mad Studios signed real-world Honda Factory Global Rallycross racing stars Mitchell deJong and Oliver Eriksson as consultants to ensure the sport is presented in the most accurate and realistic manner possible. Project CARS 2 drivers will experience the rush of driving purpose-built rallycross cars such as Mitchell and Oliver’s Honda Red Bull GRC Civic Coupe on scanned real-world rallycross tracks including US-based DirtFish and Daytona, Lånkebanen in Norway, and the track where it all began half-a-century ago—Lydden Hill in the UK.

Project CARS 2 is racing towards its launch later this year on the PlayStation 4, Xbox One, and PCs via STEAM.