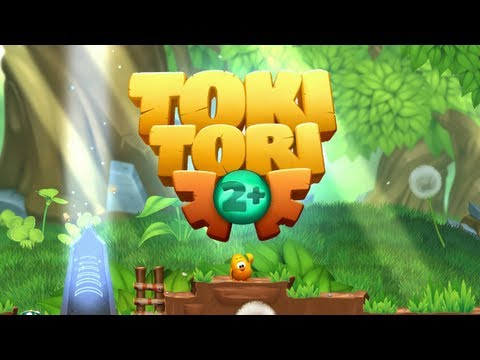 Dutch publisher SOEDESCO has confirmed the release date for the physical PlayStation 4 version of Toki Tori 2+ in the United States for the 7th of June. The game was released on February the 26th in Europe and is now also coming across the pond to the United States

SOEDESCO confirms the PlayStation 4 retail release of colorful classic Toki Tori 2+ in the United States for 7th of June 2016.

In Toki Tori 2+, Five Ancient Frogs, scattered across the countryside, send a telepathic message to our hero. It’s hard to see how this young chicken could help them destroy the floating crystal endangering everything, but Toki Tori is the their only hope.

Toki Tori 2+ may look cute, but it’s a challenging puzzle adventure game. Whistle and stomp are the only moves you need to solve increasingly complex puzzles, as you manipulate strange critters’ behaviour and go anywhere, anytime on a lush forest island.

The game is unique take on the Metroidvania formula: progress by exploring, observing and experimenting. Only by finding the Ancient Frogs and destroying the crystal at the heart of the island will you be able to save your island home from certain destruction. Whistle songs to use special abilities, including rewind and fast travel and numerous other skills. You can also complete your Tokidex by snapping pictures of the island and its inhabitants by using the ingame camera. Only by completing these special side objectives will you be able to get the 15 achievements and collect the 100s of golden wings!

Toki Tori 2+ is the updated version of the sequel to the classic Toki Tori game that was first released in 2001 on Gameboy Color. These charming puzzle adventure games are developed by the veteran, Dutch studio Two Tribes. On 7th of June the game will be available at stores across the United States, check with your preferred retailer for pre-order options.