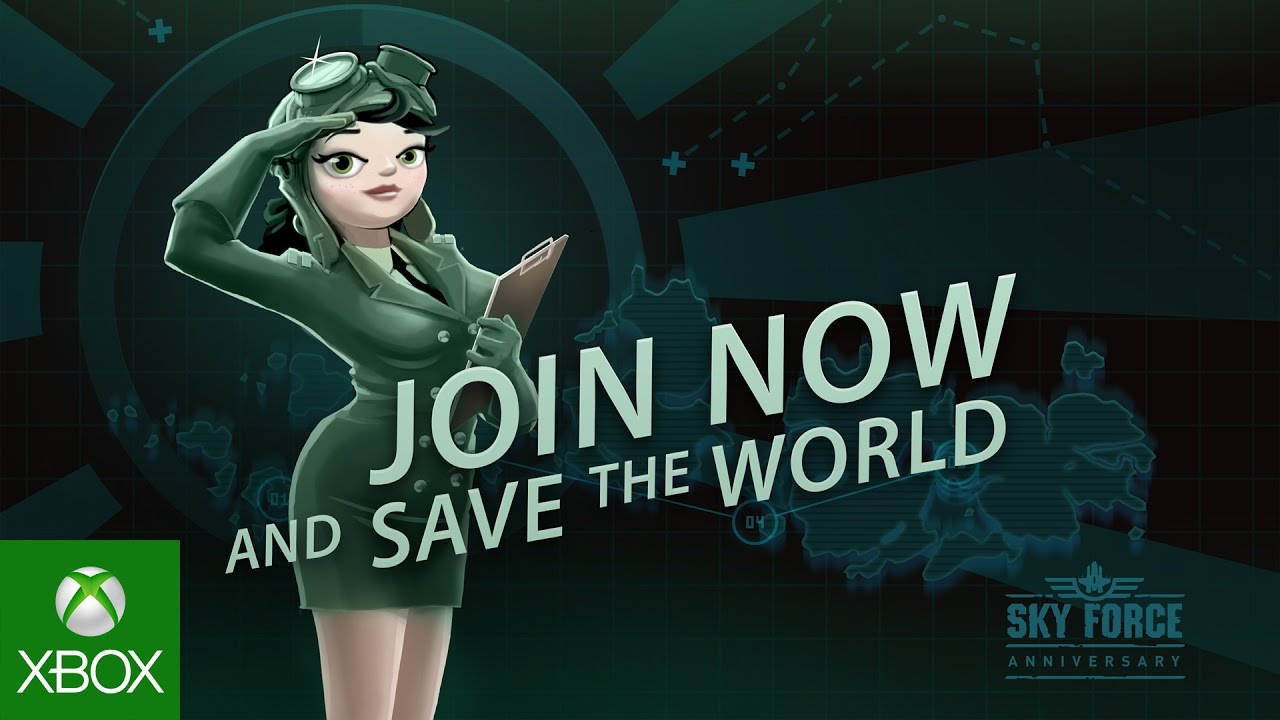 Infinite Dreams announced that Sky Force Anniversary, the modern, air-based shooter, which launched on all PlayStation consoles a few weeks ago, has also been released on Xbox One. The game is a recreation of the original Sky Force – a near-perfect shoot ‘em up which scored a magnificent 9.5/10 on IGN over a decade ago.

Sky Force Anniversary mixes the old with the new – it preserves the old school, arcade shooter feeling of the original while adding what players expect from a modern shmup: highly-polished graphics, new game modes and tons of replayability. The game features an extensive Single Player campaign where players’ main objective is to save the world from General Mantis – the deceitful leader of evil forces. In order to defeat him, gamers will have to blast through hordes of enemies, collect funds, rescue civilians and constantly enhance their ship with new, devastating power-ups.

Sky Force Anniversary allows players to choose between various types of weapons, passive skills and power-ups, starting from the impenetrable magnetic shield and ending with the mighty mega-bomb that annihilates all visible enemies with a huge blast. Enemies? What about them? Well, there’s a plethora of opponents and bosses waiting on every corner, there are tanks, fighters, choppers, ships, turrets, bombers – basically, Sky Force Anniversary has them all.

Completing the main campaign won’t be the end of the adventure – players can invite their friends and enjoy the game in Local Co-op mode, fulfill additional goals like completing a mission without a scratch or rescuing all civilians, and finally, they can compete with others by participating in weekly tournaments that take place on unique new levels, updated every 7 days.

Sky Force Anniversary is available on Xbox One thanks to ID@Xbox, Microsoft’s program which enables qualified game developers of all sizes to unleash their creativity by self-publishing digital games on Xbox One, giving studios the tools and support needed to maximize their success.