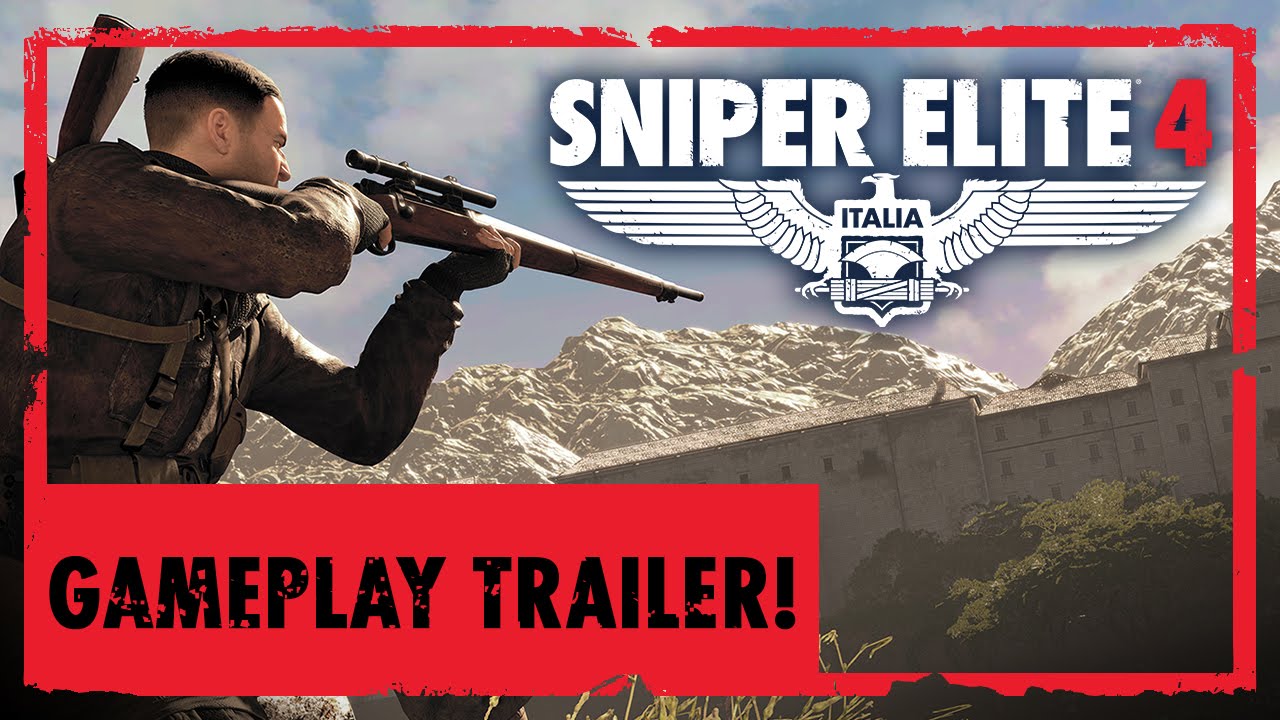 Today, independent UK developer, Rebellion, released the debut gameplay trailer for the latest title in the popular award-winning Sniper Elite franchise, Sniper Elite 4. Additionally, as a surprise to expectant fans of the third-person tactical shooter, Rebellion concluded the trailer with a teaser for the first downloadable content (DLC), TARGET FÜHRER – available now for FREE on PS4, Xbox One and PC to gamers who pre-order Sniper Elite 4.

With many millions of views on YouTube and countless gameplay hours logged, the series’ renowned Hitler-assassinating bonus missions have been a fan-pleasing tradition since Sniper Elite V2 and are back by popular demand. In TARGET FÜHRER, players will once again set their sights on history’s most notorious tyrant in a forgotten corner of the Mediterranean where a secret Nazi U-boat facility threatens Allied shipping. When agent Karl Fairburne attempts to assassinate the base’s Commander, he finds his target already dead, executed in person by a shadowy visitor. And with this, Karl’s mission has changed: TARGET FÜHRER!

Sniper Elite 4 pre-orders will include:
·        The full Sniper Elite 4 game;
·        TARGET FÜHRER campaign mission: Destroy the imposing U-boat base and take down Hitler in as many ways as they can in this replayable campaign mission for 1-2 players;
·        CAMO RIFLES SKIN PACK: Includes detailed camouflaged sleeves for the game’s seven iconic WW2 rifles.

*Please note, pre-order availability may vary depending on region, platform and format.*

Sniper Elite 4 is a third-person tactical shooter combining genre-defining ballistics and emergent stealth tactics across the largest and most diverse environments ever seen in a Sniper Elite game. Set in the aftermath of its award-winning predecessor, Sniper Elite 4 continues the series’ World War II heritage by transporting players across the beautiful Italian peninsula, from sun-drenched Mediterranean coastal towns, to colossal Nazi mega structures, to daunting forests and giddying mountain monasteries inspired by Monte Cassino.

U&I Entertainment, together with global publishing partner, Sold Out and developer Rebellion, is set to release Sniper Elite 4 in North America for PlayStation 4 and Xbox One on Feb. 14, 2017.

Sniper Elite 4 is now available for pre-order digitally and at retail on PlayStation 4, Xbox One and PC.