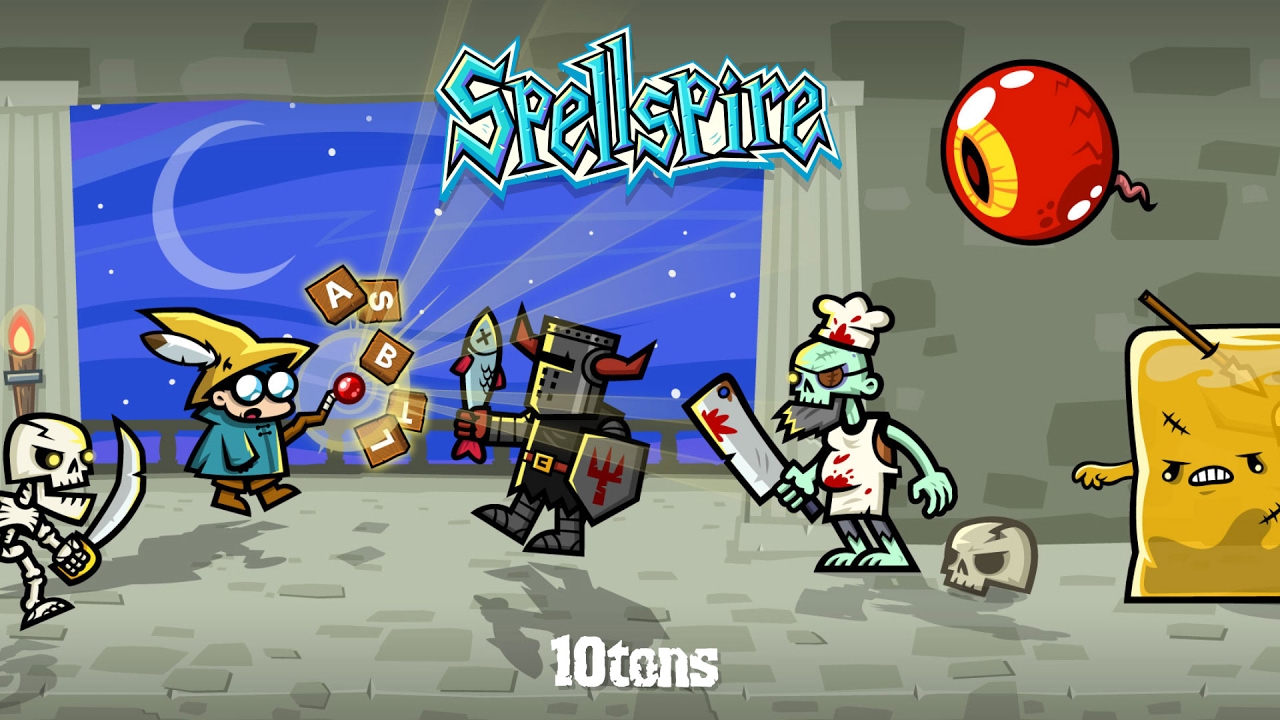 In Spellspire the player assumes the role of a tiny wizard climbing a mighty 100 level tower. Each level is filled with monsters to slay and loot to collect. Combat is done by spelling words with a ten letter grid. Words are blasted out as spells, with power scaled according to word length. Between levels the player is able to upgrade the wizard’s gear and purchase magical items.