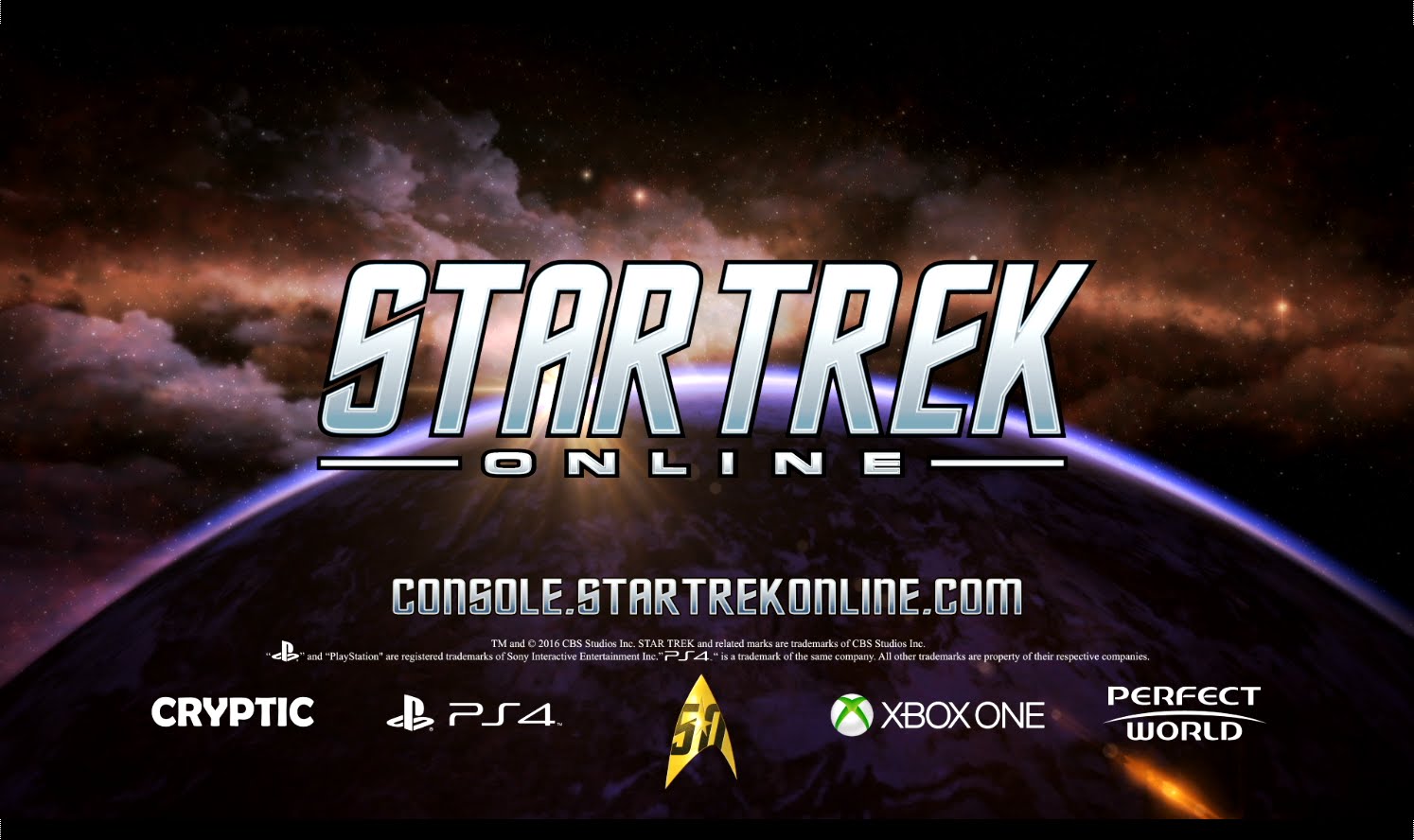 Perfect World Entertainment Inc., a leading publisher of free-to-play MMORPGs, and Cryptic Studios announced Star Trek Online is now available on Xbox One and PlayStation®4. The 100% free-to-play MMORPG based on the iconic Star Trek franchise allows players to command their very own starship and experience missions inspired by the television series and films.

Captains will have an expansive amount of playable content to explore when Star Trek Online debuts simultaneously on PlayStation®4 and Xbox One. The game’s console version will bring both the Legacy of Romulus and Delta Rising expansions, as well as numerous gameplay updates from the game’s six-year history. Each player’s adventure will begin as they choose from classic Star Trek factions including Federation, Klingon and Romulans, to customize their very own Captain. From there, players can command a classic starship and fly to iconic Star Trek locations, where they will interact with characters voiced by original Star Trek actors, including Jeri Ryan (Seven of Nine), Michael Dorn (Worf), Tim Russ (Tuvok) and more.

Several upgrades have been made to Star Trek Online in preparation for the game’s launch on PlayStation®4 and Xbox One. A full list of features includes:

· New Control Scheme – Controls for the full-scale 92-key keyboard MMORPG have been condensed into a 16-button controller, while retaining the speed and fun of the original PC version.
· Updated Lighting and Graphics – Modern lighting technologies have been incorporated to improve the overall visual quality of the game, bringing Star Trek Online fully into the latest generation consoles. These changes will eventually be incorporated into the PC version as well.
· Improved UI – Star Trek Online’ s console UI has been updated for easy access to skills, inventory and more features at a glance.

Star Trek Online will be free to play digitally on Xbox One with Xbox Live Gold from the Xbox Games Store. The game will also be available for free on PlayStation®4, without a PlayStation®Plus membership. As an added bonus, PlayStation®Plus members will receive a free Wrath of Khan uniform. Through October 4, all PS4 players can claim a free Andorian Escort and all Xbox One users have access to a free Steamrunner Blockade Runner. Arc users who link their console account will also receive a free Wrath of Khan outfit.

Star Trek Online is a free-to-play massively multiplayer online game where players can pioneer their own destiny as Captain of a Federation starship, become a Klingon Warrior and champion the Empire through the far reaches of the galaxy, or rebuild the Romulan legacy as the commander of a Romulan Republic Warbird. In Star Trek Online, players have the opportunity to visit iconic locations from the popular Star Trek universe, reach out to unexplored star systems and make contact with new alien species. Star Trek Online is currently available on PC, PlayStation®4 and Xbox One.