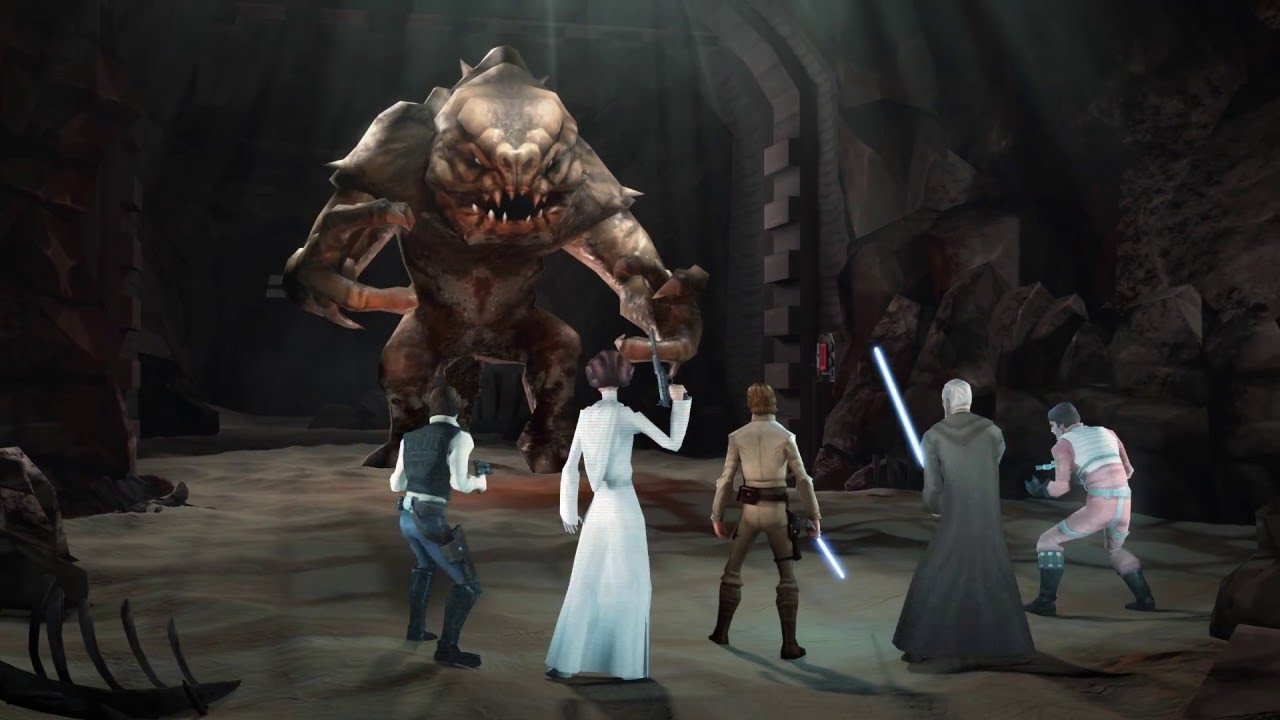 In its biggest update yet, Star Wars™: Galaxy of Heroes now lets players team up in all-new Guilds, strategise and socialise in real-time chat, and embark on Raids against some of the most notorious characters and more from the Star Wars™ universe. Offering new players a chance to team up with powerful Guild mates, and giving elite players new high-level challenges and rewards, Guilds and Raids delivers new ways to collect, compete and conquer.

Raids
o Players can go deep into The Pit, the first in a series of multi-tier Raids that will grow over time. The Pit challenges Guilds to square off against a ferocious rancor, with multiple difficulty levels and a variety of rewards for players from levels 22 to 80.
o Raid leaderboards let players keep tabs on who’s ahead and who’s behind in the race to be the best and wealthiest in the Cantina.

Earn New Characters
o Han Solo (Rancor Raid) – Rebel Scoundrel Attacker who always shoots first. Han gets a free attack at the beginning of the battle, allowing the player to start with a substantial advantage.
o Gamorrean Guard (Guild Store) – These powerful warriors use Taunts and Counters with multiple Damage Over Time effects.
o Jawa Engineer (Guild Store) – High-speed Jawa Healer with a critical chance buff that supports both Jawas and Droids – teams that have, until now, not had a healer of their own.

Star Wars™: Galaxy of Heroes continues to evolve with the deep content and characters available across the Star Wars universe. Join the conversation by liking us on Facebook, following us on Twitter, watching on YouTube or learn more on the blog.

Star Wars™: Galaxy of Heroes is available now to download for free* on the App Store™ and through Google Play™.