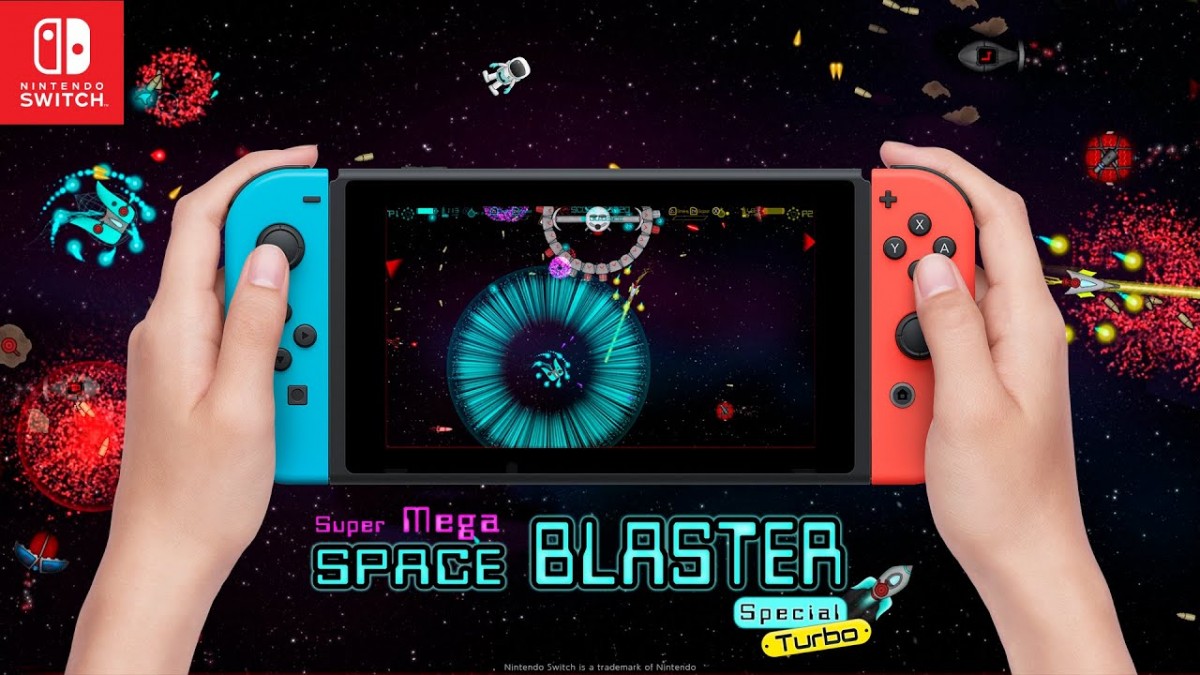 Bare Knuckle Development announced that their frantic retro space blaster, Super Mega Space Blaster Special Turbo, launches on Nintendo Switch™, PlayStation®4 and Steam(Win/Lin/Mac). The game promises to blend nostalgic retro space blasting from games like Asteroids and Super Fantasy Zone with modern space shooter mechanics from games like Geometry Wars and Super Stardust HD. It has already got some great reviews with 8 out of 10 by both JP’s Switch Mania and Two Beard Gaming, and 4 out of 5 by The Switch Effect and The Vulgar Knight.

The game costs less than 5 dollars/4 pounds and has loads of features including 5 game modes, 15 unlockable space blasters, 40+ challenges, upgradable power-ups, and an original 80’s inspired synth-pop soundtrack by Electric Fan Death. Add to this; unique space blaster’s for each platform, local 2 player support using individual horizontal Joy-Cons on Nintendo Switch™, 4K support on PS4™ Pro and Steam, 36 Trophies/Achievements on PS4/Steam and you have a game that offers loads of content and space blasting action for players on a budget.