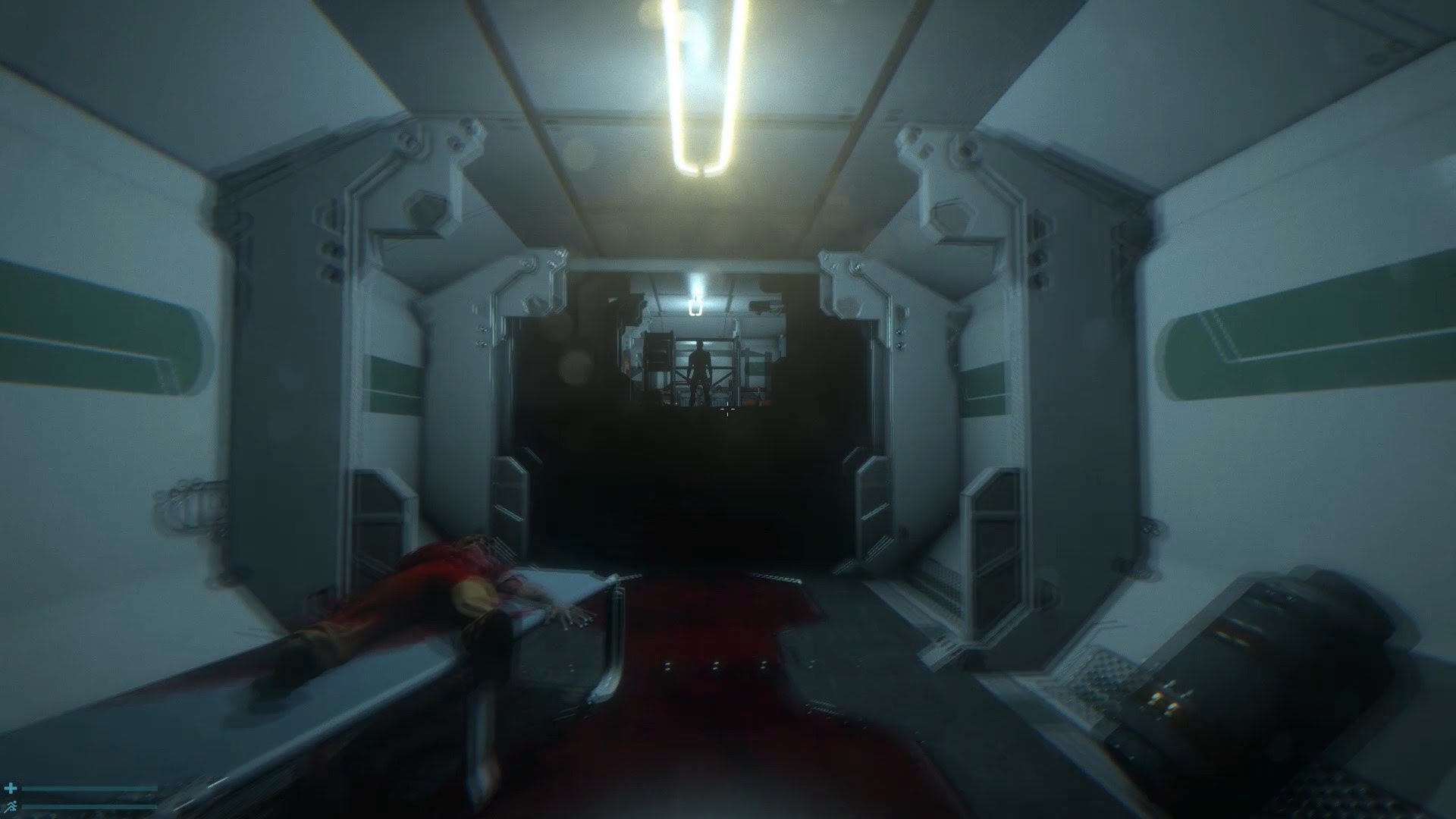 A member of the ship’s crew, you awaken from cryosleep to find it’s not at all the way you remember. Your friends and coworkers are gone. In their place, transformed monstrosities that kill without mercy. The ship is completely adrift in space without a course or destination, so you will need to uncover the events that took place during your sleep to have any hope of surviving this waking nightmare.

Syndrome takes survival horror back to its roots with weapons that are few and far between, and ammunition too limited to take out all the bloodthirsty creatures roaming about the dark confines of the ship. Fast and deadly, your enemies are not always better dealt with head on―sometimes staying out of sight is a wiser decision.

More About Syndrome
Syndrome is a survival horror game set in the future, where the player controls a character who wakes up in a spaceship, with no memory of what happened.

The spaceship is adrift in space, and most of the crew is dead or insane. The rest is changed…
You’ll need to survive and find out what’s going on and what happened to the crew. Sometimes the hostiles can be taken out, but most of the times the best strategy is to run and hide.

The game is played in first person view. While exploring, the player can pick up and interact with objects like doors, keypads, computer consoles, drawers, machinery, etc and use weapons (both melee and long range).
The enemy units are powerful and numerous, which means that the player must be stealthy and evade combat when possible. There are weapons aboard the ship, but ammo is very limited.

● Claustrophobic horror: the action takes place inside a spaceship. There are countless horrors inside, both physical and psychological.
● Fight or hide: there are weapons on the ship, but not enough ammo to take everyone out. Use them wisely.
● Engaging storyline: nothing is what it seems. Something very bad happened aboard the ship, and it’s up to you to find out what’s really going on.
● Reactive enemies: they’ll follow noises and investigate any disturbances.
● Interactive scenario: there’s plenty of exploration to do inside the ship, and many things to discover.