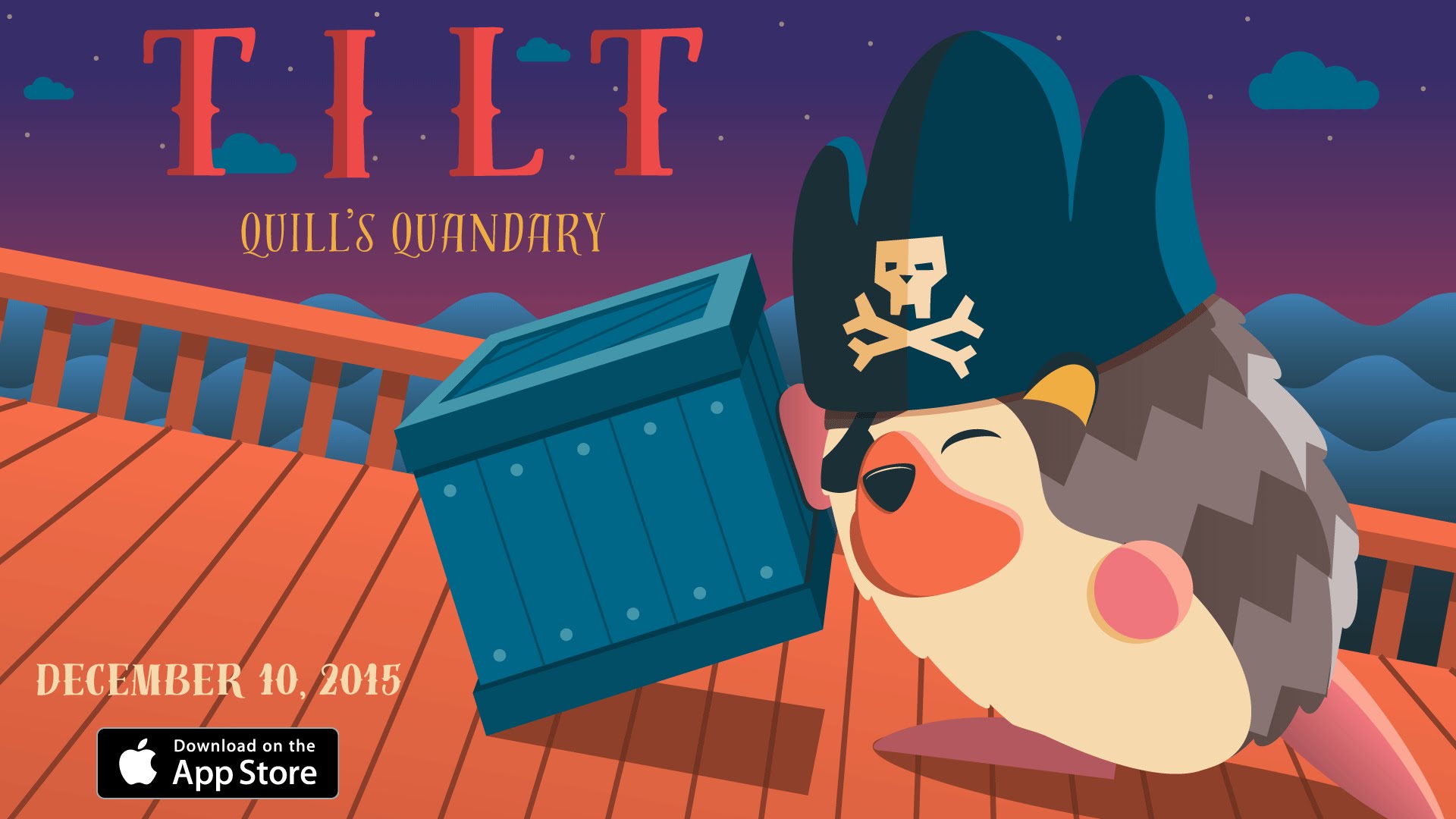 After a childhood love of Tetris led to an adolescence obsessed with fitting things into other things, the now fully-adult game designer Noah Rosenfield has just revealed his first mobile project to the world: Tilt: Quill’s Quandary.

Available exclusively for iPhone and iPad beginning December 10th, Tilt challenges players to guide a hedgehog through 100 levels of increasingly difficult puzzles by tilting their device. Tilting a little will move your hero, Captain Quill, while tilting a lot will move the cargo that’s blocking his way. Tilt: Quill’s Quandary takes full advantage of the capabilities of the accelerometer built into the iPhone and iPad, and gleefully eschews many of the complaints that modern mobile gamers have about puzzling on-the-go.

“You won’t need to match three of anything,” said creator Noah Rosenfield. “There are no hints to buy, no energy system to limit you – just a hedgehog, a love of headwear, and more challenge than you’ll know what to do with. As a puzzle gamer, I’ve grown frustrated with games designed around furthering in-app purchases rather than innovating gameplay. I wanted to create something that wasn’t just touch-based; something that felt like a physical puzzle and couldn’t be beaten in just a few hours time. Together with artist Danny Rivera, I truly believe we’ve created a unique puzzle adventure that should satisfy any fan of hardcore, brain-busting challenges.”

· Cratefuls of content: 100 levels of mind-bending, deck-tilting, hog-rolling, physics-based gameplay.
· Test your wits, not your wallet: No luck, no purchases. Just challenging, hand-crafted puzzles.
· Pick it up in an instant: Literally! Intuitive, accelerometer-based controls create a unique, enjoyable experience.
· Feast your eyes: Beautifully detailed illustrations optimized for all your iOS devices (iPhone 4/iPad 2 supported. iPhone 5/iPad 3 or newer recommended).
· Feast your ears: A jaunty and original score, inspired by relaxing classics to soothe your fevered brain.

Tilt: Quill’s Quandary will be available on the App Store beginning December 10, 2015 at a launch sale price of $1.99, and offers no in-app purchases. Pay once, play forever.