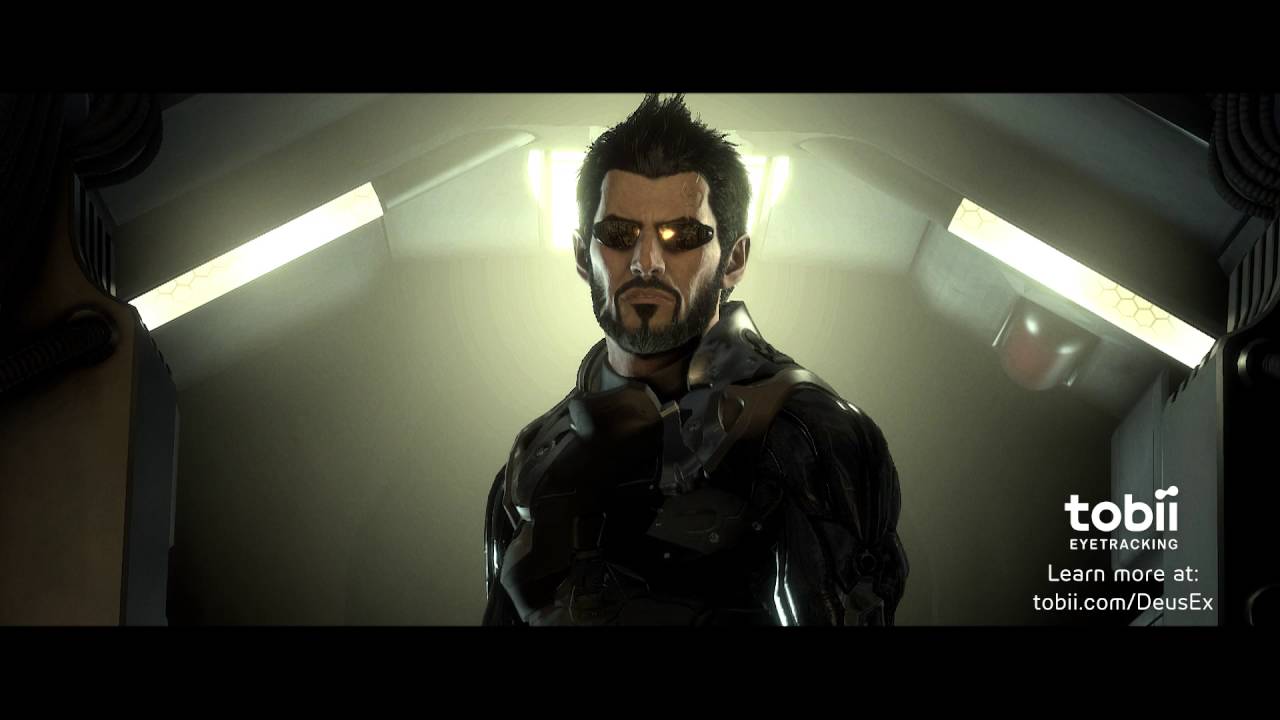 “With the Deus Ex franchise being a window to the future, we always try to provide innovative, ground-breaking experiences for our players,” says André Vu, Executive Brand Director at Eidos Montréal. “The numerous Tobii eye tracking features built into the game will provide PC gamers an extra layer of immersion that blends perfectly with the futuristic universe depicted in Deus Ex.”

The Tobii EyeX, a $139 USD peripheral eye tracker that connects to any existing PC via USB, empowers gamers with new, more realistic experiences in their games. Eye tracking serves as an additional modality that adds to the game experience without taking anything away or restricting the gamer in any way. Tobii sees numerous opportunities for eye tracking to enhance game immersion and realism, including the development of more responsive characters that interact with you when you make eye contact or features that mimic the functions of the eye, like dynamic depth of field or light exposure.

“The commitment by Eidos Montréal and Square Enix® to bring eye tracking to the mega Deus Ex franchise is another demonstration of the industry’s belief in the value of eye tracking,” said Oscar Werner, president of Tobii Tech. “We applaud the team at Eidos Montréal for their forward thinking approach and drive to give their gamers more.”

•Aim at Gaze – Look at the target to take aim, then press a button and fire. This feature let players take out enemies using their natural gaze and will even work when locking the tesla gun for all-out mayhem.
•Extended View- Look to the edge of the screen and the game’s camera will pan – giving players a wider field of view with just a glance. The natural eye movement will allow further immersion into the game’s environment and let players control what they want to see – just as in real life.
•Icarus Dash at gaze – Simply look in the direction you want Adam to move in – even vertically. This will allow players you use the controls in a more fluid manner.
•Interact at gaze – This feature lets players move effortlessly using the natural gaze to intuitively interact with objects. Look at an object, press a button and automatically move towards it before picking it up.
•Clean UI- This feature lets player access UI info only when needed, giving them deeper immersion into the game’s environment. Look and they’ll appear. Look away, they’ll become nearly transparent. The screen is always covered fully in the game’s world, with the vital stats just a glance away. Helps you embrace the game’s environment. Helps players keep track of what you need to –when they need to.
•Cover at Gaze – This feature lets players find refuge when the heat is on just by gazing across the environment – highlighting places you can hide behind. (Not available on August 23, this feature will be available in an upcoming update.)

Deus Ex: Mankind Divided, the sequel to the critically acclaimed Deus Ex: Human Revolution®, builds on the franchise’s trademark choice and consequence, action RPG based gameplay, to create both a memorable and highly immersive experience. Players will once again take on the role of Adam Jensen, now an experienced covert agent, and will gain access to his new arsenal of customizable state-of-the-art weapons and augmentations. With time working against him, Adam must choose the right approach, along with whom to trust, in order to unravel a vast worldwide conspiracy. The game also includes Deus Ex: Mankind Divided – Breach, a new and innovative game mode. This new take on the game offers, for the very first time, an arcade approach on the gameplay of Deus Ex: Mankind Divided, providing players with a unique puzzle shooter experience.