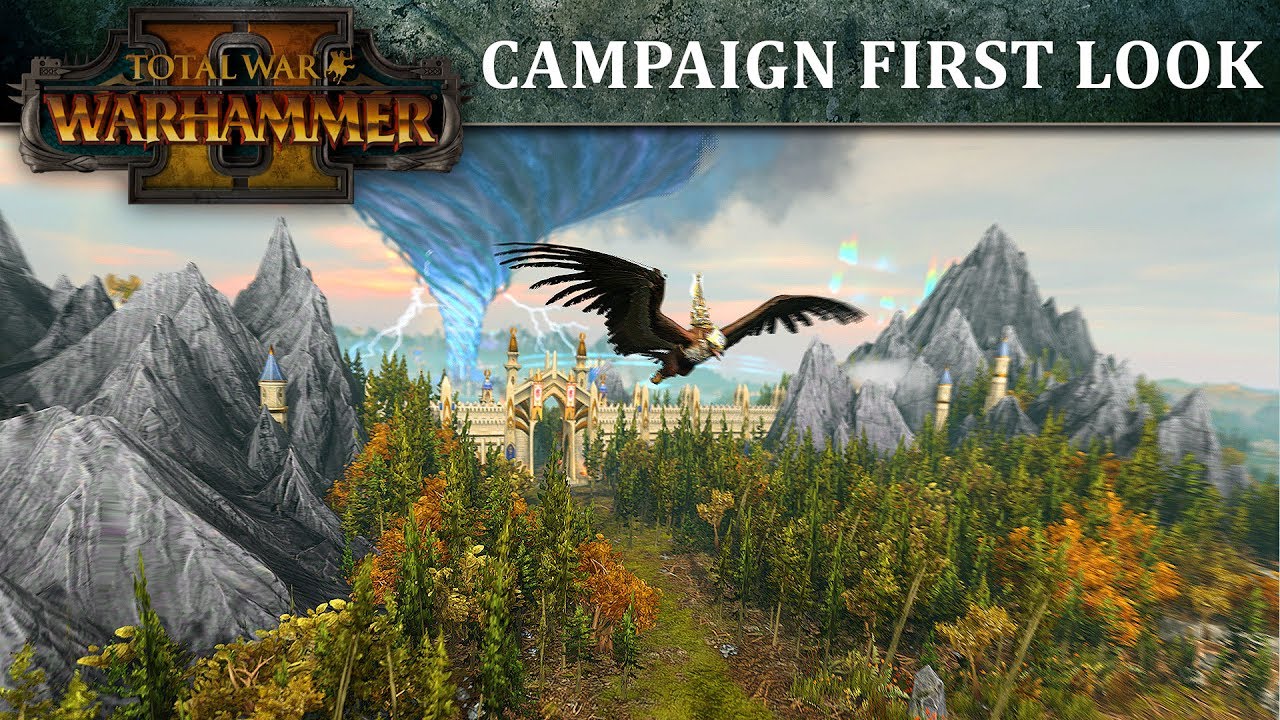 The journey begins in the High Elves’ homeland of Ulthuan, where The Great Vortex crackles with magical energy on the Isle of the Dead; its dangerously unstable presence a magnificent but ominous sight that dominates the immediate landscape. The High Elves who reside there are led by Prince Tyrion and, as the video swoops down towards the White Tower of Hoeth and past the Fortress Gates of Ulthuan, you begin to get an understanding of the proud, highly developed people who live there.

Across the treacherous oceans and into Lustria, we see several races from the Old World who have set up outposts, while rogue armies roam the continent in search of riches. You will need to decide whether to enlist them to your cause or put them to the sword in your quest for dominance. The ruins of ancient cities, overrun by the jungle-landscape are there to be exploited… will you build new settlements there, or risk calamity while you delve them for treasure, magical artifacts, and other rewards?

Over on the Turtle Isle, the High Elf Arch-Mage, Teclis, campaigns far from home, deep in Lizardmen country. The Slaan mages rule over the region, directing the Lizardmen armies and their great Saurian beasts according to their Great Plan. If they can revitalise their Geomantic Web, unseen lines of power that connect their ancient cities, their chances of enacting their Great Plan will be greatly increased.

Finally, we are introduced to two Lizardmen Legendary Lords: the Slann Mage-Priest Mazdamundi, who has adopted the Astromancy stance to gain greater insight into his lush surroundings, and the famed Saurus Old-Blood Kroq-Gar, as he prepares to lead a Lizardmen force into battle against the High Elves at The Fallen Gates.

Total War: WARHAMMER 2 is due to launch on September 28th.