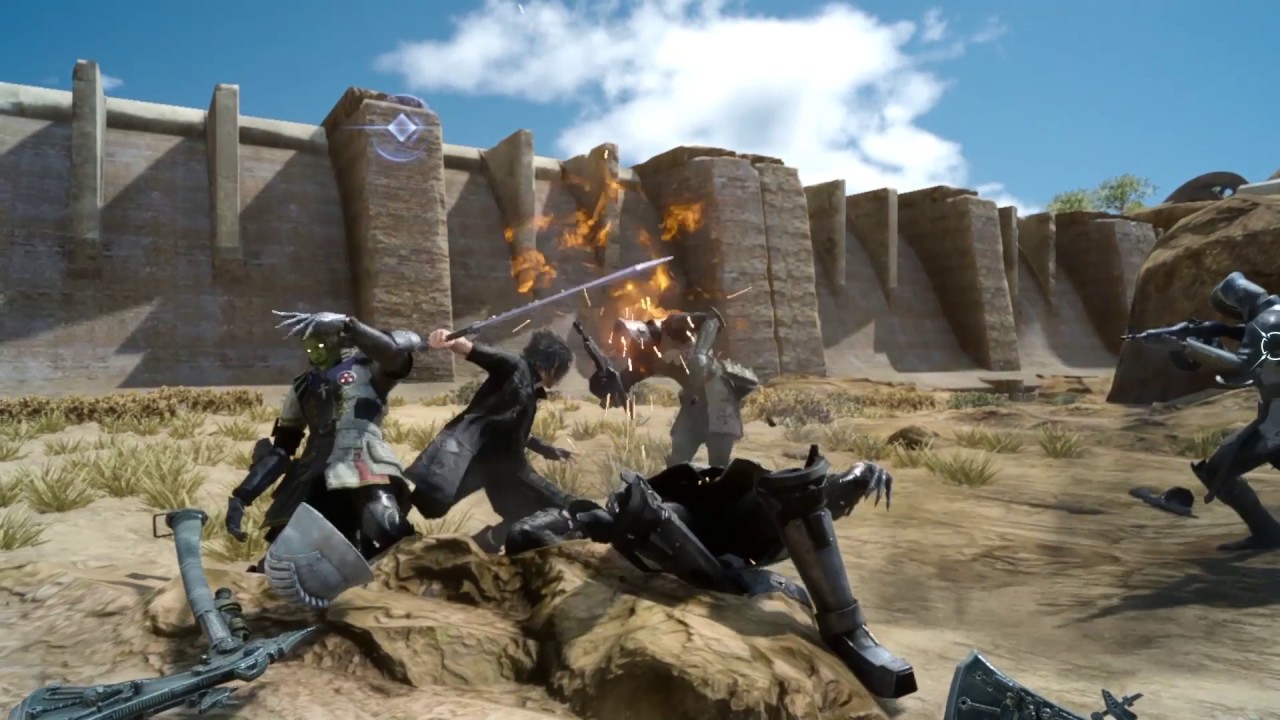 To prepare for the launch of FINAL FANTASY® XV, SQUARE ENIX® today revealed a new introduction trailer highlighting everything players need to know before beginning their epic journey through the world of Eos on November 29. The trailer delves into the game’s deep story, real-time combat system, magic spells, summons, and introduces the four main characters.

Additionally, a free “Crown Update” will also be available for players to download automatically at launch. The update is the result of some additional time for development since mastering the full game, and provides a variety of updates, minor bug fixes and new features to greatly enhance the overall story and gameplay experience.

The upgrade provides enhancements for several elements within the game including:

Improvements to the camera with new options to better assist and track the action in tight space and to improve visibility during battles
New event scenes and scenes from KINGSGLAIVE: FINAL FANTASY XV™ and the “Omen” trailer have also been added to the game to make the story and timeline of events easier to follow for newcomers
The addition of an ability tree for the “Wait Mode” function which improves the strategic element of this feature
Players can obtain the “Beast Whistle” which can be used to call monsters to battle
A wider variety of recipes and fish with an addition of a gallery for completionist players who enjoy collecting items
Implementation of social media support, allowing the photos Prompto takes along your journey to be uploaded to Facebook and Twitter

Following news of copies of the game going on sale ahead of the release date, Game Director Hajime Tabata issued the following message to the fans:

“The November 29th release date is approaching and I sincerely hope everyone enjoys this game with a fresh state of mind. Unfortunately, there has been an unauthorized distribution of the boxed edition of FINAL FANTASY XV in select regions and we have noticed that gameplay footage from people playing these copies has appeared online. Though this type of situation is brought on by various region specific circumstances and may not be something that is completely avoidable, we are very regretful of this situation.

One of the major goals of FINAL FANTASY XV is for everyone to enjoy the story and to discover the surprises together through the simultaneous worldwide release. Due to these recent events, videos with unexpected spoilers could potentially be posted online, so we would like to warn everyone who has been waiting in anticipation for this game.

We will also do everything in our capacity to prevent unauthorized footage from appearing online. We would also like to ask anybody that has obtained an early copy of the game to be respectful to those that are looking forward to the official release and to not spoil the surprises for everyone.

A large and dedicated team have worked extremely hard to make this game and to create a FINAL FANTASY that everyone can enjoy. It would be a huge regret for us if the excitement of the launch was to be spoiled for so many when we are so close to release.

Your understanding and cooperation would be much appreciated so we can celebrate the best possible release together.”

This game is rated T (Teen). Please visit the Entertainment Software Rating Board (ESRB) website at www.esrb.org for more information about ratings.