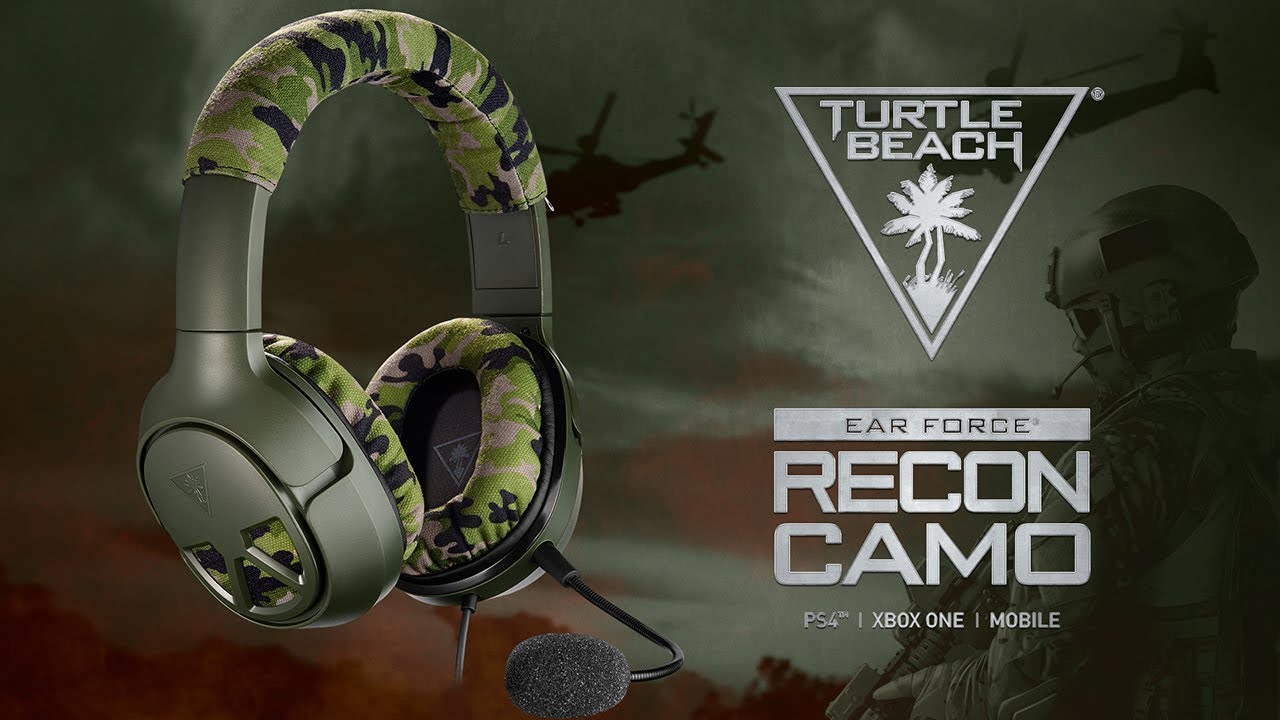 Leading gaming headset and audio accessory brand Turtle Beach Corporation announced the global retail availability of the new Recon Camo multiplatform gaming headset for Xbox One, PlayStation®4, PC/Mac®, and mobile/tablet devices. The collective fascination for World War II continues its pop culture ascendance and the Recon Camo deftly incorporates the style of the era with its evocative camouflage and military green design. Not only does the Recon Camo look great, but it sounds amazing and produces richer, louder and more precise game audio thanks to its large, high-quality 50mm speakers with over 50% more surface area compared to the 40mm drivers found in other similarly priced headsets. The Recon Camo is built on one of Turtle Beach’s fan-favorite designs with a comfortable, battle hardened and durable frame, and features Turtle Beach’s renowned high-sensitivity mic to deliver the essential crystal clear chat needed to secure victory on the multiplayer battlefield.

“As gamer excitement around this year’s premier video game launches builds to a crescendo, we’ve delivered another high-quality gaming headset, this time with a unique look and feel to match their excitement and passion around the WWII theater of war,” said Juergen Stark, CEO, Turtle Beach. “The Recon Camo delivers the essentials needed to dominate the multiplayer battlefield, including large 50mm speakers for powerful game audio, our renowned high-sensitivity mic for crystal clear chat, and ultimate comfort – all designed to help to secure victory during those inevitable long gaming sessions.“

● Rugged, Comfortable Design – The Recon Camo has a thick, rugged and robust frame with a breathable fabric-wrapped headband and matching ear cushions that allow you to play for hours in complete comfort.
● Surround Sound Ready for Xbox One – The Recon Camo is surround sound ready for Windows Sonic for Headphones on Xbox One so you can experience your games, movies and music with deeper immersion.
● Large 50mm Speakers – Hear every crisp high and thundering low with these large, high-quality 50mm over-ear speakers. With over 50% more surface area than 40mm drivers, you get clearer and louder sound for a more immersive gaming experience.
● Crystal Clear Chat – Turtle Beach’s renowned high-sensitivity mic picks up your voice loud and clear, and can be removed when watching movies or listening to music.
● Convenient In-line Controls – Convenient in-line controls place Master Volume and Mic Mute right at your fingertips.
● Versatile Compatibility – Will work great with Xbox One and PS4™ controllers with a 3.5mm jack, as well as with PC/Mac® and mobile/tablet devices with a 3.5mm connection. Other Xbox One controllers require the Headset Audio Adaptor (sold separately).