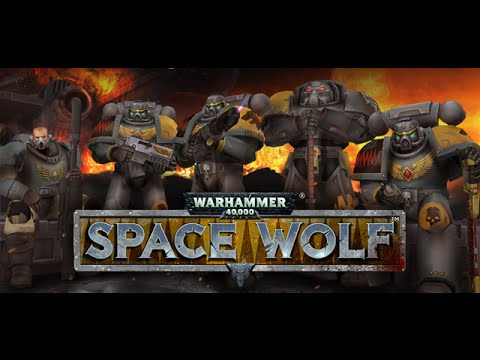 Your tale is one of glory, sacrifice and bravery, Valgard Twice Slain, squad leader of the Space Wolves. Your Great Company’s Strike Cruiser was ambushed by the infamous Chaos Space Marines of the Word Bearers legion. The battle forced you to land on Kanak, a volcano-wracked feral world – a living hell inhabited by tribes of ruthless barbarians. However, you are not just a soldier but a son of Leman Russ, the Wolf King. You will emerge victorious – or die fighting for the Emperor!

The game was released on iOS for the first time in 2014, then half a year later on Android, with more than 3,5 million downloads in total. HeroCraft is very excited to bring the game with enhanced graphics, new GUI and controls and many other new features to PC players.

”We have made a great PC game which offers both Steam community and Warhammer 40k fans a relevant experience they are looking for with enhanced graphics and classic PC features”, Dmitry Maksuyra, the Head of Development Team. “The game will be distributed as a full paid one, without any in-app purchases, as many have thought. From the very beginning of its Early Access period, we will release the version with the original gameplay and in-game balance to see the reaction and gather feedback. This will allow us to plan our development route based on an actual understanding of what players would like to see in our game”.

The Steam version of Warhammer 40,000: Space Wolf will be remastered especially for PC players and will include:

Take command of a Space Wolves squad led by Valgard Twice Slain. Your Great Company’s Strike Cruiser fell into a trap set by Chaos Space Marines of the Word Bearers legion – causing you to make a forced landing on Kanak, a volcano-wracked feral world, inhabited by tribes of ruthless barbarians. Not only must you survive, but you must emerge victorious.
Game features:

Defeat the unrelenting enemies of the Space Wolves:
• An epic campaign with branching storylines, spanning hostile environments on a distant planet.
• Combat the Word Bearers – fanatical and deadly traitors who serve the chaos gods.

Choose Your Path:
• Grey Hunter, Wolf Scout or Wolf Guard – You decide which path to follow, to best match your own style, strategy and tactics.