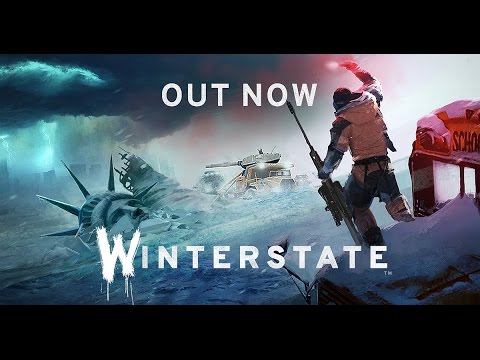 “We wanted to capture the thrill of AAA real-time strategy in a form that would entertain and delight a whole new generation of mobile gamers,” said Lasse Seppänen, co-founder and CEO at PlayRaven. “Winterstate has unique line-drawing mechanics, allowing players to battle with their vehicles in a way that feels completely smooth and natural on mobile touchscreen devices.”

Winterstate takes players to a world where a global climate disaster has torn apart the very fabric and economy of the USA, leaving ragged bands of survivors to roam the frozen landscape in all kinds of makeshift attack vehicles. Now it’s up to players across the world to join Knuckle Sam – a gritty homage to America’s famous Uncle Sam – and fight back against the bandits to protect the Winterstate.

Draw and execute battle plans in real-time 3D conflict while raiding other players around the world. Trade precious goods and collect iconic yellow cabs, monster trucks and even fire engines, and fit them with massive flamethrowers, cannons and a whole arsenal of different weapons. Raid, trade and get paid!

Winterstate is the second of three all-new releases from PlayRaven launching in 2016, following the arrival of the galactic real-time strategy game Robocide™ in February.

Winterstate is out now as a free download via the App Store on iPhone and iPad devices.