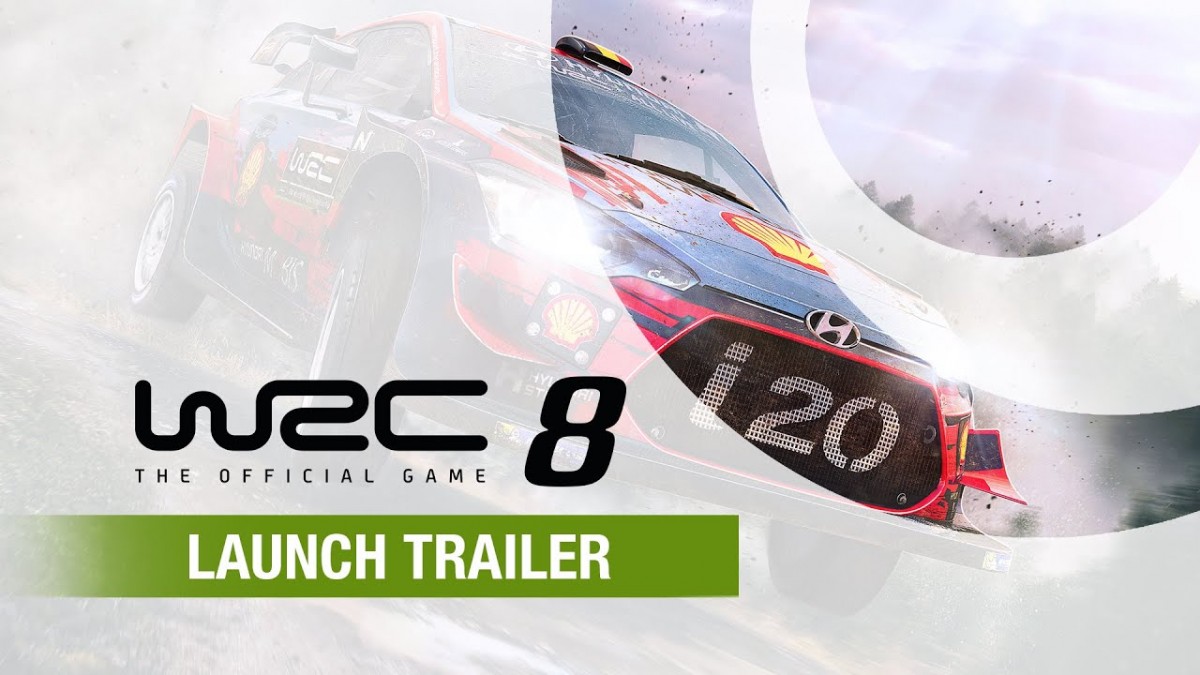 Bigben and Kylotonn announced that WRC 8, the official video game of the FIA World Rally Championship, is available on Windows PC. Xbox One and PS4 are available  on September 10 in North America. The Nintendo Switch™ version will be available in November.

Experience all the same thrills as a WRC driver
As the official licensed video game of the World Rally Championship, WRC 8 returns with a stronger focus on simulation and puts gamers right into the heart of intense and technical rallies. The realism has been taken to the next level with all-new car and surface physics, as well as unique dynamic weather conditions for each country. Players will need to adapt their driving to the terrain and climate to save those precious few seconds that can result in a podium finish.

Deep and extensive content
With 52 world rally teams, 100 special stages across 14 countries, and a further array of legendary rally cars from WRC’s history, this is the most complete rally simulation ever made. The Career mode has been rebuilt from the ground up to create even greater immersion. It puts players in the shoes of a rally driver and manager who must progress over the course of several seasons to compete in the WRC category and become world champion. As part of a team, players must plan their calendar, manage their crew, recruit new members and develop a strategy to take them to the top.

Developed in collaboration with professionals
As well as working with engineers and mechanics from official teams, KT Racing also conducted tests with top eSports players and official WRC drivers to gather feedback and benefit from their expert opinions. These tests provided the expertise to create the most authentic rally simulation as well as the most realistic and accurate gameplay ever made.

The eSport WRC competition at the heart of the WRC experience!
The 9 World Finalists of the 2019 eSports WRC powered by Hyundai have now qualified. They will face off against each other on WRC 8 in early October during the Wales Rally GB at a two-day event in the WRC Service Park in Llandudno. The winner of the 2019 eSports WRC powered by Hyundai will take home a car – a brand new Hyundai i20. In 2020, the eSport WRC competition will return. There are weekly challenges for players to compete against each other and test their skills, whilst the race to the 2020 World final will commence during Rallye Monte-Carlo in January 2020.

Experience all the content of WRC 8 from today on PS4TM, Xbox One and PC. New online features on Epic Games now allow players to see and compete against the ghosts of any player on the leaderboard (compared with a maximum of five previously). More free online features will be added to the WRC 8 experience on PC in mid-October, including the ability to face your friends in real time directly on stage.

WRC 8 is available today on Windows PC, September 10 on PlayStation®4, Xbox One in North America and in November on Nintendo Switch™.