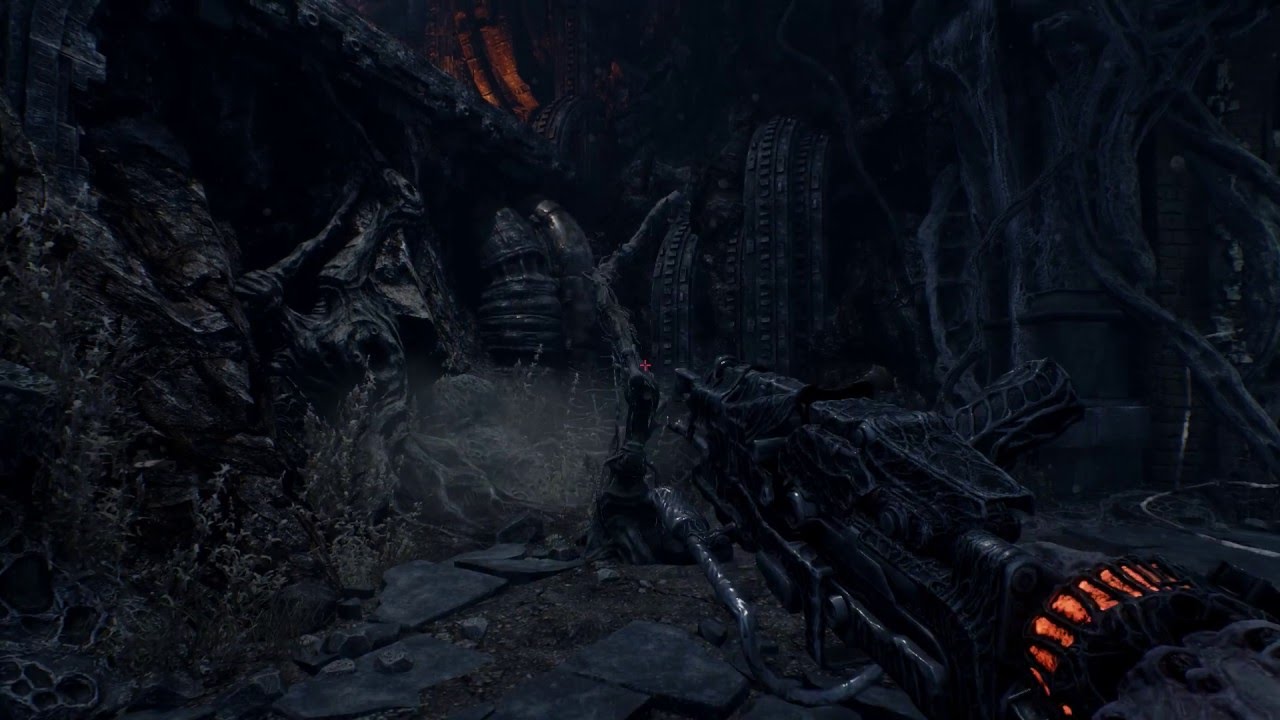 It turns out there must be quite some Linux gamers out there, waiting impatiently for Inner Chains release and supporting the game’s crowdfunding campaign, as it has almost reached the first stretch goal on Kickstarter. $15,000 will allow developers to release the game not only on PC with VR support, but also on Linux. And with just $5,000 more Telepaths Tree will be able to bring two, new, deadly opponents to the game. To make it happen and bring more backers to the campaign, they’ve decided to shed more light on one of the most important things in games with FPS factor. And that thing being guns!

Some of them were already revealed on Inner Chains’ Kickstarter campaign page: https://www.kickstarter.com/projects/1129101562/inner-chains , where ElectroGun was introduced among others. But one thing are concept arts or screenshots even. Another is a video showing the gun in action and the impact it’s electric power has on the environment. Keen to see what’s ElectroGun is capable of?

In the world of Inner Chains you never quite know what is alive and what is mechanical. During the biomechanical evolution various creatures were formed, that accumulate huge amounts of energy. Watch them carefully to learn how to use them for your own benefit. And look for places where the energy overflow is being released, to increase your health and recharge your weapons’ batteries.
Biomechanical plants you’ll meet on your way also accumulate energy from the environment. And it also quite often happens, that they gather too much of it. Which results in vegetation in Inner Chains being completely unpredictable. The energy overflow can cause a hyper-excitability in plants you’ll encounter, which is shown on the already mentioned VIDEO. You can use this feature against your opponents but you can become a victim of it just as easily. And there are many more such surprises in Inner Chains.

Going a bit more into details when it comes to ElectroGun – operating it is based on electricity which is all around you. Your goal will be to find places where this energy is released, to recharge your gun’s batteries. Remember about this at all times. Otherwise ElectroGun will start to look for energy it needs inside you, turning itself into parasite and you into its host.

The basic function of ElectroGun is to throw lightning strikes at your opponents. But you will be able to find upgrades for it, to raise its power. To a point where you’re able to throw ball lightning which has the ability of injuring several enemies at once.

As impressive as it is though, Electro Gun won’t be your only weapon in Inner Chains. You will also have FlameThrower and BoneGun at your disposal.
You will use your FlameThrower not only as an offensive weapon but quite often as a defensive one. Soon enough you’ll learn that a proper use of it, will be your only chance to survive.

Just like in case of ElectroGun, there are several updates available for your FlameThrower, which will either increase its power or unlock an alternative strike. One that makes a serious havoc.

BoneGun is probably the most unique of them all, as its ammo was formed thanks to the crystallization of some natural ingredients. Ingredients that are naturally present in all living beings. Including yourself. So be careful while using a gun, that feeds on them.

BoneGun in its basic form enables continuous fire, but finding upgrades for it, will allow you to use it as a traditional riffle with a high firepower. Or you can decide to simply increase the power of the continuous fire.

Remember that every weapon you use in Inner Chains impacts the environment this or other way. So watch your surroundings closely, to be able to pave the way to your destination point. And never forget to mind your own health while using weapons being at your disposal, as all of them act like parasites and treat you as their host.
Inner Chains is a FPS horror game set in a surreal, dark, and deadly biomechanical world that resembles nothing you have ever encountered. In the world of Inner Chains, you don’t get to set the rules. You are just a small part of a hostile, unwelcoming universe. If you want to survive, the only thing you can do is to try to discover its secrets.
INNER CHAINS’ MAIN FEATURES
•Unprecedented methods of interaction between weapons, their users, and the environment.
•A dark biomechanical world where both fauna and flora lie in wait for your slightest stumble.
•VR Support.
•Stunning surreal visual style.
•Deadly, intelligent, and challenging opponents.
•Unusual locations with their own unique stories.
•A dense, suggestive atmosphere of terror, magnified by the great soundtrack composed by Michał Staczkun.
•Subtle thriller elements that will fill you with fear in unusual, inventive ways.
•Thrilling action combined with an interesting, hair-raising story.