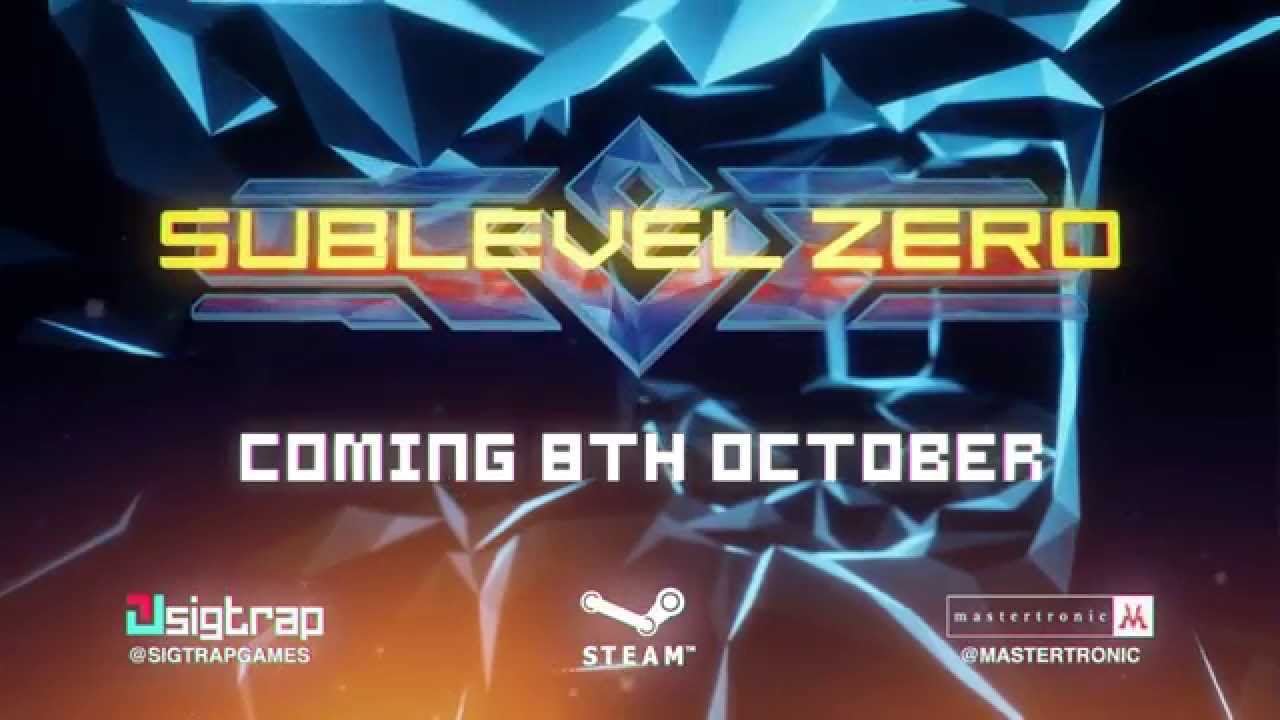 Indie developer Sigtrap and independent games publisher Mastertronic are excited to announce 6DoF shooter Sublevel Zero is blasting its way to PC and Mac this October!

Sublevel Zero is a first-person, six-degree-of-freedom roguelike shooter set in a universe where reality is falling apart. Take the helms of a lone gunship and prepare to navigate your way through a dizzying labyrinth of procedurally-generated 3D levels, puzzles and raging enemies to source valuable ancient artefacts. Descend into a vast underground facility in your mission to loot and craft ancient technology which holds the key to your clan’s survival!

Exterminate enemy fighters, annihilate surface foes and wipe out menacing turrets- you never know what’s lurking around the corner! Fly and rotate in every direction while attacking from all angles. The emphasis is on survival and ammunition is scarce so you will need to strengthen your tactics, adaptability and skill in order to survive enemy encounters. Make every shot count, as there are no saves!

“I’m so so so so looking forward to this game! Have played it first at GameBridge in Middlesborough and went back for seconds and thirds! I was a massive fan of Descent and what the devs are doing with Sublevel Zero is their own take on all the cool bits and building their own awesomeness and ideas! Cannot wait!”
Georg Backer — BAFTA Games Committee, Co-founder of Radius Festival, Indie developer & producer

“Despite people sending me hundreds of games a year, this is the first 6DOF I’ve seen in a very long time. It’s a genre that’s been bafflingly neglected since the 90’s, and I’m really glad to see someone picking it up. I see a lot of in-development games through my work; and Sublevel Zero appears to be progressing really fast and has a lot of promise.”
David Hayward — Curator of the Leftfield Collection, Founder of Feral Vector

“Time to dust off the joystick, build a new cardboard box spaceship and engross myself in the six degrees of fundom that is Sublevel Zero.”
Alex Johansson — Indie dev, Founder of HudDevField, and custom cardboard-based peripheral enthusiast

“Sublevel Zero could well take the 6 degrees of freedom crown, with a great art style and endless replayability to boot!”
Sam Read — Co-Founder of HyperSloth