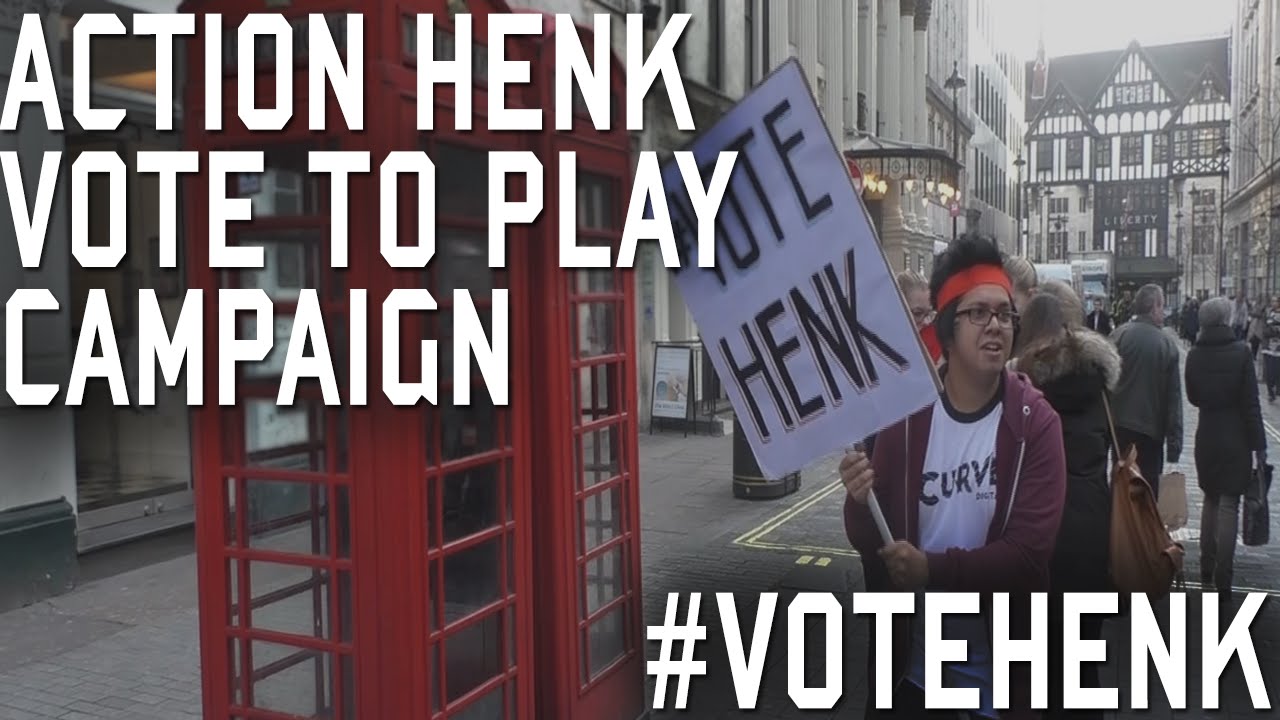 Calling all Action Henk and PlayStation fans: now is the time to show your support for our loveable overweight action figure as the polls open today for the next wave of PlayStation’s Vote to Play campaign.

Ever since the announcement, the RageSquid and Curve Digital teams have been busy donning their stunning Henk attire and campaigning across the world to rally support to #VoteHenk.

For those who don’t know, Action Henk is an intense speed platformer set in a toybox world, where a cast of classic action figure inspired characters compete to see who is the fastest toy in town. Often hailed as a cross between Sonic, Toy Story and Trials, Action Henk challenges players to shave milliseconds off their times by running, jumping and butt-sliding across stunning environments in a game which revels in supersonic action.

Join the campaign now and help us spread the word using the #VoteHenk hashtag. Let’s go out and get Henk to the top!