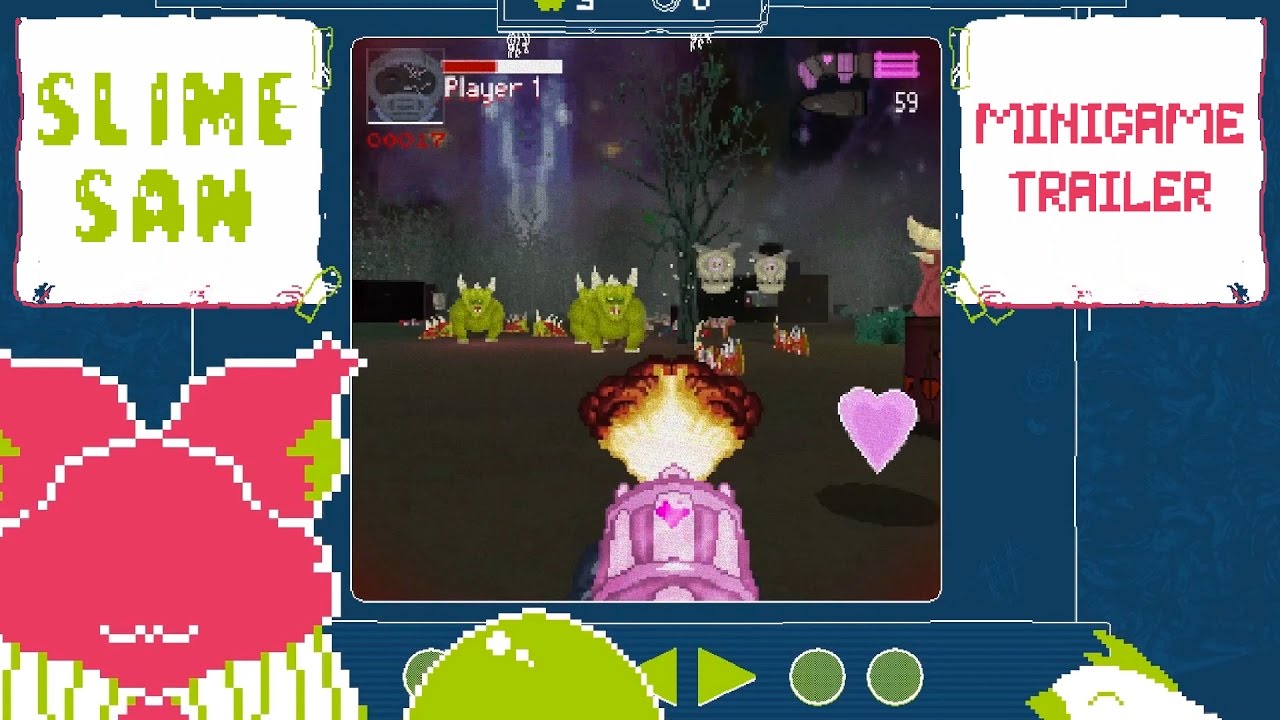 The action-platformer Slime-san, which will be released on April 7, 2017 on PC, Mac and Linux (via Steam and Humble Bundle), does not only include 100 challenging levels in the main game but also a great selection of mini-games, which will take you back to the good old days of gaming.

Each mini-game includes a single-player and two-player mode!

Action Paddle is a new take on the classic pellet meets paddle genre where the player has to shoot back the pellet towards the opponent.

忍者射手 is a bullet hell Shoot’em up. Survive the entourage of escalating yokai chasing after you.

Quadforce is a tribute to the Action RPG genre. Survive incoming waves of enemies using your sword and special abilities.

In Crazy Karting you find yourself in a go-kart, facing an army of monkeys all keen on beating you in the race to first place. Pick up items on the track to get rid of your opponents.

Gloomy is set in an alien world. Defend yourself against the incoming enemy hordes by picking up the right gun, FPS style.