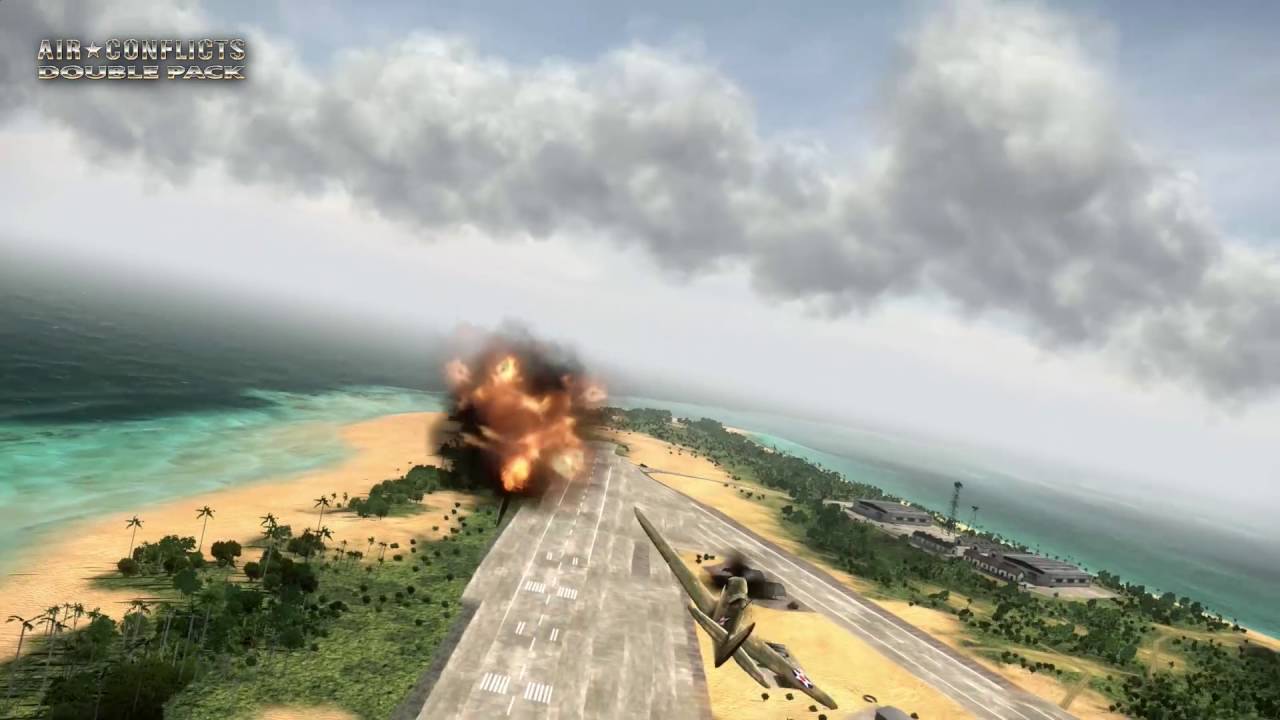 Relive some of the most intense airborne battles spanning the second World War and the Vietnam conflict as Kalypso Media today launch Air Conflicts: Double Pack on the PlayStation®4 system. This exclusive double pack combines both Air Conflicts: Vietnam Ultimate Edition and Air Conflicts: Pacific Carriers PlayStation®4 Edition in one high-octane package at the great price of £34,99/€39,99 SRP across the UK and Export territories.

Available as both a retail boxed edition and digitally via the PlayStation®Store, Air Conflicts: Double Pack not only contains the full versions of ‘Pacific Carriers’ and ‘Vietnam’ but also boasts a host of PlayStation®4 exclusive content including bonus campaigns, exclusive aircraft, an all-new multiplayer mode and head tracking support through the PlayStation®4 Camera, allowing players to get even closer to the action.

In Air Conflicts: Vietnam, take your seat in the cockpit of various fighter planes and helicopters, and plunge straight into daredevil aerial battles above the jungles of Vietnam set to a rock soundtrack in the style of vintage Vietnam-era music. Air Conflicts: Pacific Carriers then sees you step back into World War 2 and battle your way through two distinct campaigns, either coordinating the defense of Pearl Harbor and the liberation of the Pacific Ocean by order of the USA — or winning honor and glory for the Japanese empire. Experience the vast scale of these defining conflicts that shaped the history of warfare, by taking the fight to the skies and the open seas.

A new launch trailer is now available with a taster of some of the intense aerial battles which await you in the game as well as a look at some of the historic aircraft you will pilot on your way to victory.

Air Conflicts: Double Pack is available to buy now across the UK and Export territories as a retail boxed edition and digitally via the PlayStation®4 Store at the great price of £34,99/€39,99 SRP