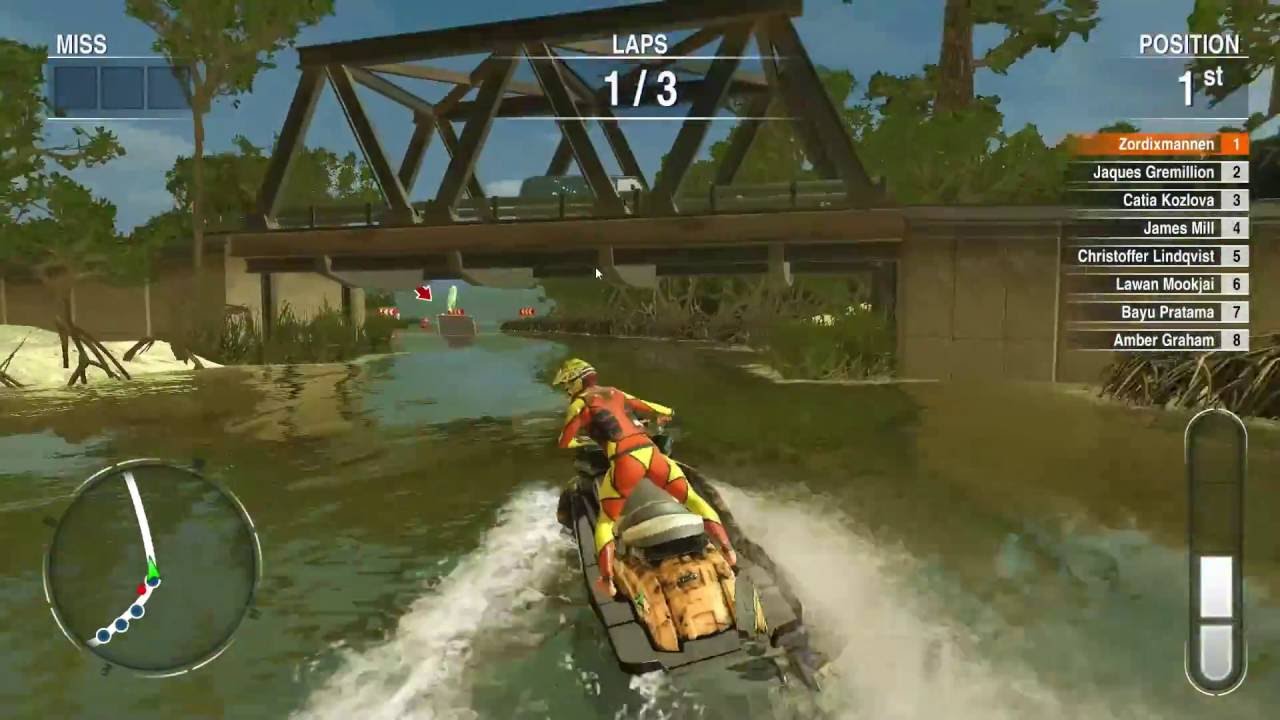 Today we are finally there, the release day of Aqua Moto Racing Utopia. The game borne from dreams of Utopian summers dreamt during long winters and made of glimpses from faded childhood memories.

We are releasing on Steam Early Access which will end up in a game that hopefully will see final release later this summer for PC, PS4 and WiiU.

We aimed high, a game with 1080p/60fps action in both 3rd and 1st person view. We wanted split-screen couch competition for 4 players and online gaming. We wanted an extensive single player campaign. We wanted both skiis and the larger runabouts in the game. We wanted a lot of tracks (50) and a lot of beautiful environments and settings. We wanted both strategic depth and ease of learning. We wanted hard core, stunt filled, gaming and the more casual and fun party modes. We also wanted people to be able to explore and have fun with no time limit.

Aqua Moto Racing have it all!

Aqua Moto Racing Utopia is available now on Steam Early Access for 19,99USD and will be released for PC, Wii U, PlayStation 4 later this summer for 29,99USD.