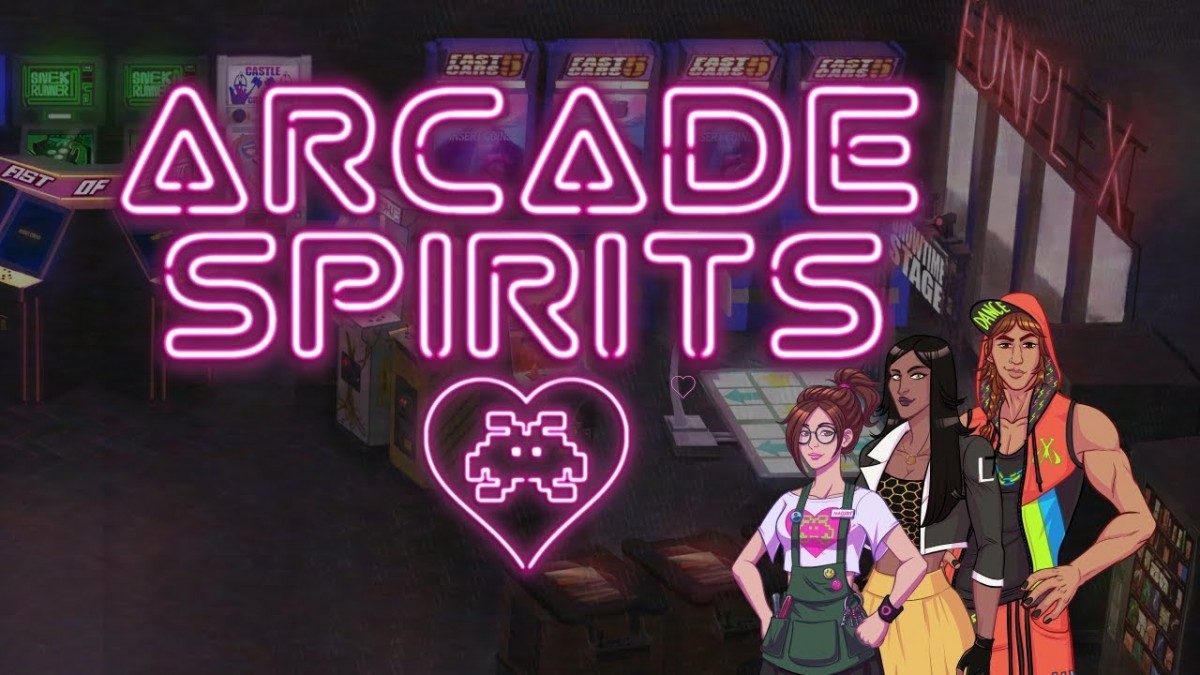 PQube and developer Fiction Factory Games announced that Arcade Spirits is in development for console. The romantic visual novel is set in an alternate timeline in the year 20XX, where the 1983 video game crash never occurred and arcades are still the vibrant hotspots they used to be. Start your new job at the coolest arcade in town and find true love early 2020 on Nintendo Switch, PlayStation 4 and Xbox One!

The game (Windows, Mac, Linux) and a demo is available on Steam, where it received very positive reviews.

Let the neon lights, quirky characters and catchy synthwave soundtrack of Arcade Spirits transport you to the year 20XX. Get started by creating your character without any constraints! Be who you want to be by customizing everything from pronoun and hair style to skin tone and eye color!

After some rough times, you end up with a job at the most popular arcade in town and quickly find out that this is not always fun and games! Your hard work will pay off and every choice you make in the game affects the future of Funplex – and your character!

One of the perks of working at such a quirky place is the variety of interesting people you get to meet. Arcade Spirits allows you to build any relationship you desire with seven voiced, romanceable characters!