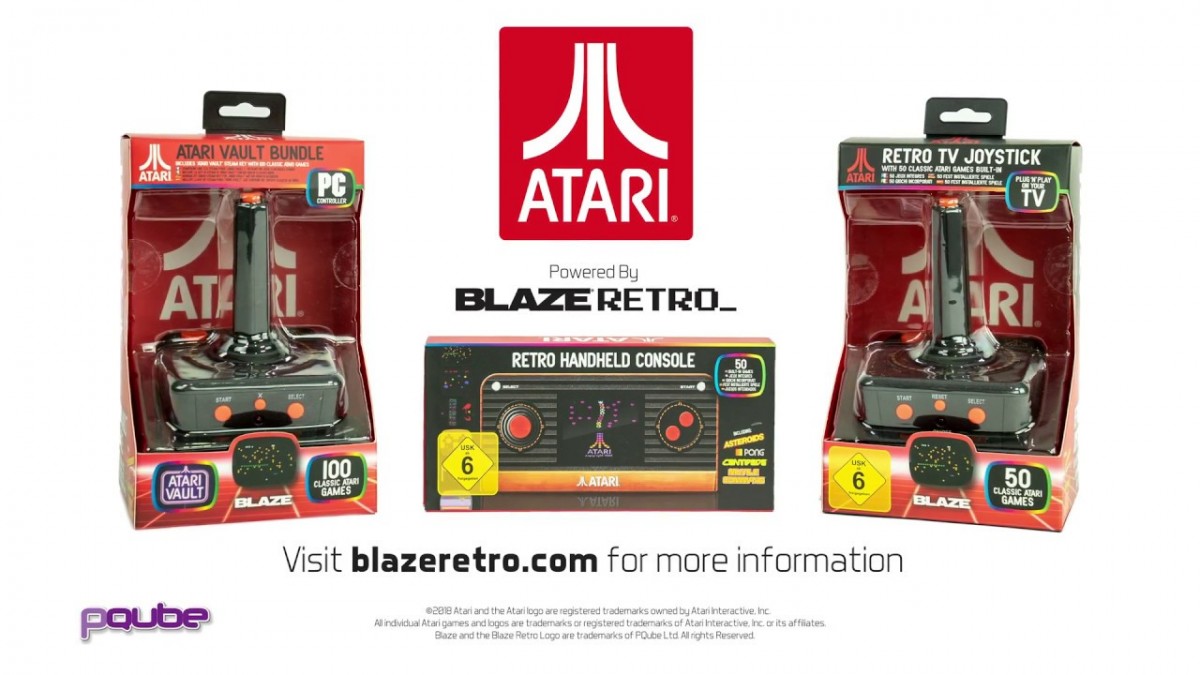 Hold classic Atari games in the palm of your hands with the Atari Retro Handheld! This tiny 2600 packs in 50 built-in games and launches today alongside the Atari Retro TV Joystick!

Officially Licensed by Atari, these products make it easier than ever to enjoy classic Atari 2600 games at home and on-the-go; offering portability, simple plug & play set-up and an Atari-inspired retro livery.

The Atari Retro Handheld packs everything that was great about the Atari 2600 into a compact, portable handheld unit with a 2.4 inch colour screen. Sporting the immortalised wood veneer effect of the original console, it has 50 classic games built-in, including: Asteroids®, Pong®, Centipede®, Missile Command®, Breakout®, Millipede® and more.

The Atari Retro Plug and Play TV Joystick builds on the original Atari joystick design, with the inclusion of a new arcade-style button on top of the controller to make firing even easier! It will connect to nearly any TV with the included A/V cable (or HDMI with a readily-available adapter). It will feature the same 50 built-in games as the handheld.

The range is officially licensed by Atari and is being developed by PQube, the leading distributor of retro gaming hardware in Europe, under the Blaze Retro Brand.

The range was originally announced in 2017. Although development has seen the product launch move to October 26th 2018, the goal has remained the same throughout the process;

“We know that the iconic look at feel of the Atari 2600 is a huge part of the nostalgia that fans feel towards the console”, said Head of Design and Development at PQube, Andrew Byatt. “The time spent getting this right was integral to ensuring that the products remained faithful to the Atari brand.”